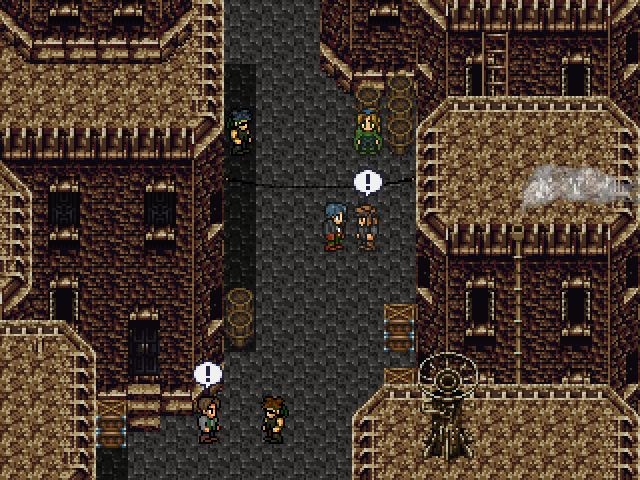 Jurisdiction: The Empire of Judec
Population: Due to the lack of an official census, accurate numbers are unknown. However, believed to be about 50,000

Although nominally within the borders of the Empire, due its location nestled in the mountainous, no mans land of the Heimdall Massif, (where the border between the Empire and Alliance is frequently redrawn), Schwartzenvald hasn't known or felt the rule of law in over 50 years. Whatever the original city plan once was, it's now lost and buried under literal mountains of hastily erected and poorly maintained buildings, criscrossed and piled on top of one another. Fires lit in trash barrels and the light from lanterns dancing on the walls all night bathe the city in a hellish glow.

All manner of vice and sin can be found here, and the city's 'economy' flourishes with illegal smuggling of weapons, drugs, and Etherium, and the criminal syndicate known as the Consortium's tight grip on the city ensures that this remains the case.
KoopaKush

Close
09/05/2016 04:19 PM
Wow the colors are looking pretty nifty, I'm also digging the outlining of the characters and the little bit of saturation. Looks pretty well put together :D
Noel_Kreiss

EDIT: Fixed, at the expense of making your post seem like it doesn't make sense (sorry about that, haha)
Caladium

Close
09/05/2016 11:43 PM
You've probably explained it already in a blog, but what are the exclamation points? Plot progress dudes? Sidequest givers? Enemies, even?
Feldschlacht IV

Close
09/05/2016 11:47 PM
NPCs you can talk to. I wanted to make towns/etc more alive and filled with people, but it would be impractical to enable the player to speak to them all. The '!' lets the player know who they can talk to, think FF12 if you've played it.
CAVE_DOG_IS_BACK

Close
09/06/2016 02:23 PM
Very good idea! I remember in FF12, the towns were so busy, but you could only talk to people that have something important to say. A very nice detail that brings life to areas and gives a sense of population. It reminds me of how Zelda:Twilight Princess had a similar concept. Ocarina of Time's Castle Town was so bare, but in Twilight Princess you saw all of these people running around, carrying luggage, playing,etc.
Pages: 1