Been enjoying your game so far, just wanted to report a game crashing bug I came across:

During the 'just woke up and talking to a doctor' beach scene, the doctor started walk away and ended up next to the crab, that he couldn't walk through. freezing the game. Suggest giving the doctor the 'pass through' thingie :)

Close
03/25/2010 07:11 PM
I've had a few people mention this to me; the problem is that I used only one map for the entire sewers, including when the water level is high and low, meaning there are twice as many monsters on the screen and twice as many parallel processes. I meant to fix this for version 1.1 but it completely slipped my mind. If you can't proceed, let me know and I will update the demo with a less laggy sewers.
Craze

i bet she's a diva with a potion popping problem
13581

Close
04/23/2010 04:35 AM
This is a very impressive effort. The battle animations in particular were very well done. The only problems I can see are the potential for the story to hew too close to Final Fantasy IV and some grammar errors in the dialog.
Linkforce

Close
04/27/2010 04:35 AM
Hey, thanks a lot! However, the real credit goes to LWG as he was the one who initially designed that map. Also, glad to hear you were able to make it to the end!
Deckiller

Close
05/01/2010 02:37 AM
Hey Nico, this is Terrorantula - I didn't think to share the name across sites. Glad you're proceeding with the work. Disappointed you've decided to put a skill limit on Lee-- I don't approve at all..Since Lee's physical strenght is low he's going to need magical strength to balance it out. I can understand your concern about Lee's possibly becoming too powerful , but i don't think the 5-skill limit is the best way to do it.

Instead of the skill limit, I suggest the following.:
1. In general, have stronger skills cost more AP, thus effectively limiting the number of times they can be cast.
2. Give drawing a miss chance, and have that be higher with some abilities than others. (Have some skills be harder to draw than others.) In-game this might be explained as the skill having, say, complex, exacting hand gestures that are hard to copy correctly. Some skills might have a higher miss chance when cast, too, thus making them a risky gamble in some situations.
3 Have some skills be rarer than others, or even only available from a single boss. If a player wants to fill out their skill list, it should take work and effort. That is, after all, how Square-Enix handles its Blue Mages- tracking down every skill possible is a quest in itself, and not an easy one.

Close
05/01/2010 07:04 AM
Hmm...perhaps I could simply keep the skills you learned stored somewhere, but you can only equip up to 5 or 6. I don't want to give drawing a chance to miss because I've always hated that kind of random gameplay. I do have some skills that you can only get from bosses, but I could just have later stronger enemies use similar skills.

EDIT: Also, 5 skills won't be permanent. That number will definitely increase as you progress.
BurningTyger

Close
05/04/2010 02:10 AM
I guess my comparing Lee to a Blue MAge is incorrect, as Blue MAges learn by being TARGETED by attacks, thus randomness is a good balance there.

I like the last idea- you can draw as many skills as you like but you only have space for a limited number of skills in battle. That'll bring strategy into the mix, as you may need to scope out the weaknesses of creatures in an area, then equip skills they're weak against. The question is whether Lee can swap skills at any time or if he can only do it at save points... I'd prefer yo allow healing skills to be used in the field regardless.
EternalQuotes 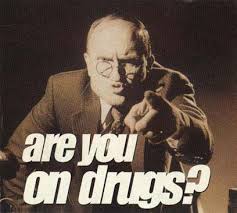 Second of all, regarding Lee's skill thingy. I think that a far more effective method of making some skills rarer than others it to have some enemies have the same skill to learn, and to have some enemies have two possible skills to learn, only one is harder to get. Perhaps when the enemy has a lower health the player has a chance of getting it, or it could just be a random thing, like how Pokemon has random abilities. One skill is the more common one learned from enemies, but only one or two enemies of that particular species has that one skill. Also, there should be some indication that this enemy has that skill, mabye a higher attack power, a different magic attack, or perhaps a different coloring.

Now, on the the bestiary. I for one would love to have that thing in-game, for there has been some cases where I was left wondering the diet and weakness of some enemies, and had to waste a Scan Crystal to relearn myself on the subject.

Another neat feature I would consider adding is a visible health marker for some enemies, such as a number to the side or a health bar always visible. Things such as that would allow battlers to plan out there attacks better. Here is an example...

Say the player is facing a Flepper with only Epoch. Normally I would just use Neo Slice, but say I attacked it with a normal attack, and a healthbar above the Flepper dissapears a third. I would then use that knowledge to figure out that for every Flepper on Epoch's current level would take around three hits to defeat, something I don't consider long and would feel fine defeating with solely normal attacks, and I would earn much more spirit points as a bonus.

Which leads me to my next piece of advice. When I get that spirit move unlocked, it replaces my regular attack. Thusly, in order to not waste it on regular enemies, I am forced to use magic attacks until I come across a hard enemy or boss, and the spirit points I would be getting are wasted.
In other words, I would suggest having the player be able to store the spirit move somewhere else so that they could continue attacking and still have that spirit move.

ANOTHER thing I wanted to point out is that battles with the Lost seem overly dependant on Alexander's Holy Blast to progress quickly. It's too dependant on magic. I would suggest just increasing the attack of the Crusaders to make it easier to defeat the Lost with physical attacks without having to wait ten minutes. I don't know about other players, but I feel rather helpless when I can't defeat enemies with brute force and am forced to use over-powered magic attacks to defeat the most common of foes. It makes me seem like I'm too underleveled when I can't even grind to level up. It's rather frusterating.

Alright, that's that. I still think this is an amazing game, just fix up those problems!
Ciel

Close
05/16/2010 03:29 PM
Glad to hear the game is coming along! As for your EXP question, I prefer if all party members gain the same experience, so that if I choose to try someone new later on I won't have to go through the excruciating process of grinding them up to par just so I can see how they play and what skills they have.
NicoB