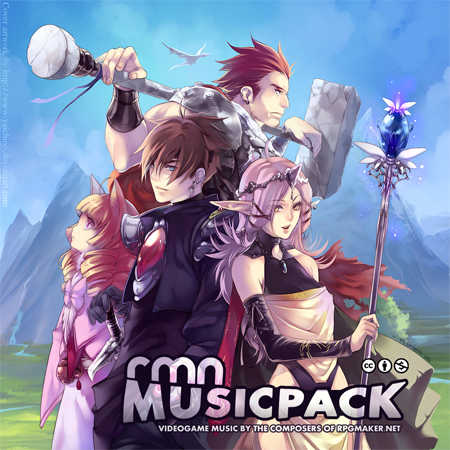 RMN Music Pack is a collection of videogame music composed by members of https://www.rpgmaker.net for anyone and everyone to use in their non-commercial videogame projects. RMN Music Pack was created in three-months timeframe as an event organized by 800 M.P.H. and NewBlack with assistance of Kenton Anderson.

Special thanks to everyone partaking the event: http://www.rpgmakerweb.com, Clyve, Liberty, Archeia and Jonnie19