RMN Music Pack is a collection of videogame music composed by members of http://www.rpgmaker.net for anyone and everyone to use in their non-commercial videogame projects. RMN Music Pack was created in three-months timeframe as an event organized by 800 M.P.H. and NewBlack with assistance of Kenton Anderson.

Special thanks to everyone partaking the event, http://www.rpgmakerweb.com, Clyve, Liberty, Archeia and Jonnie19

All the songs in this version of the music pack are in OGG format. They all have loop points built in them, so every song will loop non-stop when played in your game. All the extra repetition in the OGG versions of the songs has been cut off to conserve space, so some of them don't last as long in media players as their MP3 counterparts do.

All the songs in this version of the music pack are in MP3 format. This version has been tailored to be more like a regular videogame soundtrack release. 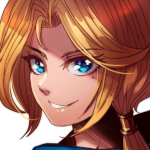