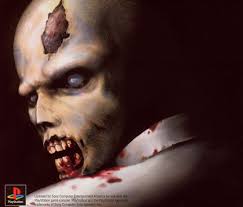 Story:
January 4th, 2008
A small meteor crashes near Opal City in the state of Utah. A science team is sent to investigate the meteor and they make an amazing discovery. In the meteor were living organizms in the form of bacterias.
January 6th, 2008
The scientists that were examining the meteor and bacterias have mysteriously dissapeared. All that was left behind them were trailes of blood. No murder weapon was found. What was more mysterious was that they left all of their research there, none of it was missing.
January 10th, 2008
Mysterious dissapearings and deaths are happening almost everywhere in Utah, hospitals are being filled with people with bite wounds frome either animals or people. Some of the people have said, that the attackers were like zombies, slow mowing, moaning covered in blood, parts of their flesh was missing. The goverment ordered quarantine in Utah. No one was to enter or leave the state.
January 15th, 2008
Half of the USA is in the same crisis as Utah. Borders to Mexico and Canada were locked. It was now official that the USA was under attack by zombies.
January 21st, 2008
The entire America is now overrun by the zombies.
January 25th, 2008
The zombie plague is now spreading to Asia and Europe.
January 28th, 2008
Marked as the Apocalypse Day. Zombies have taken over the world.

This is a story of 11 suvivors that were able to survive the zombie plague that occured in the world. The game tells about 1 year of their life.

Characters:
Jason Terenc
The main character. A journalist, 21 years old. HeÂ´s the leader of the group. A very good shooter.

Maria Smith
A scientist send with a few soldiers to recover the research left by the science team that mysteriously dissapeared, 28 years old. A very smart and caring woman. Not usefull in battles but can hold a gun.

Jake Harrison
A sniper. He is very good with using guns. He wont reveal right away who exactly he is. But later in the game it will be revealed. 25 years old.

Xin Sarutobi
A martial arts master. He uses only weapons as katanas, or other close range weapons. 30 years old.

Anne Cyrus
A weapon specialist. SheÂ´s the one that makes all of the ammo for the survivors. 26 years old.

Mike Simpson
A policeman. The oldest of the group, but the most experienced one. He will reveal jakes true identity. Very good shooter. 36 years old.

Captain Matt Jameson
The captain of the group of slodiers that were sent to retrieve the work of the scientists along with Maria. Best shooter, 27 years old.

The gameplay will be simillar to the "Tales of" games. So when you touch a zombie, the screen will flash and you will apear on a battle screen, where you can move freely and shoot the zombies or infected animals.

The game will have lots of scary music. IÂ´m also in a need for a spriter. If anyone is interested please send me an email to timeout22@azet.sk