[RM2K3] The legend of Zelda: Trident of Power

Mysterious and hidden powers guard an ancient weapon made by an old tribe of powerful sorcerers. An ancient weapon used countless times by an evil demon who learned how to open a portal to the Dark World and thus begin to forge a realm of darkness. Even so, there was always a brave warrior who was able to stand up to him. Thus, after the last defeat of this demon, ancient sages, unable to destroy the weapon, decided to separate it into several segments and distributed them to the most inhospitable places in the world; hundreds of years have passed and the world has returned to live a time of peace.
Two powerful kingdoms have coexisted peacefully for hundreds of years, the kingdom of Hyrule and the kingdom of Tylistem. But there is one person who has other plans for these kingdoms and from the shadows is beginning to orchestrate what for him will be a revolution that will put an end to all the monarchies of the world. By bringing together the pieces of the legendary demon's weapon, this person will seek to radically change the world as we know it today.

Link
The protagonist of this story, begins his adventure stranded in a desert with amnesia and endless doubts and confusion. Ex commander of the Royal Army of Hyrule, must embark on an adventure seeking to avoid a war that endangers the peace and harmony that for centuries have had two neighboring kingdoms.
It is serious and maintains a strong sense of justice and courage. He has a special talent with the sword and shield.

Miya
Charismatic merchant who will find the body of the protagonist stranded in the desert. He will take care of Link's well-being in order to shed light on recent events.
She is calm, pleasant and always has a good sense of humour (although somewhat extravagant). He will begin a journey where he will forge an important relationship with our hero.

Commander Athel
Commander of the Lanayru Squadron. One of the main concerns of the Empire formed by the rebel army. He will manage to escape alive after the battle before the overthrow. He has great swordsmanship and great abilities to handle the magic of water.
From the underground he will try to recruit people to form a resistance against the Empire.

Irma
Coming from an elf race located in a mountainous area, Irma will be part of the organization that will face the Emperor. She is very shy and doesn't think she can contribute much in the battle, even when she comes from descendants with clear magical aptitudes. She'll have to test her nerves every time Link comes to talk to her.

Commander Raith
Commander of Eldin Squadron. This powerful warrior will be one of the main leaders of the rebellion against the kingdom of Hyrule. He is cold and calculating, leaving nothing to chance. He has an incredible handling with the techniques based on fire.
He seems to have a close relationship with the Emperor, who always seems to demand more than his share.

Melder
Counsellor and right-hand man of King Dantolus III. In charge for many years of gaining the trust of the king of Hyrule in order to generate the right moment to unleash the uprising.
He doesn't have much physical strength, but he has unparalleled magical abilities. He is a man of total trust to the Emperor.

Thaneris
He belongs to the Empire's Intelligence Command. Ruthless towards her enemies, she seems to have an exaggerated contempt for the Hyruleans to the point that she seems to enjoy concho when it comes to murdering them. She will be one of the primary tracers of our hero.

Sachiel
Also a member of the Intelligence Command, Sachiel was the strongest soldier in the Eldin Squadron, second only to Commander Raith. He was convinced by the Emperor that the chosen path would be the best for all the peoples of the world. His actions are based on his understanding of justice, which he accepts to take justice into his own hands and believe that the end will always justify the means.

Emperor
So far nothing is known about this person. He is the leader of the empire and General Commander of the rebel army, although very few people have been in its presence. His objective is, in the first part, to conquer all the territory of Hyrule and then expand his domains to the kingdom of Tylistem.

-Action RPG:
Fully functional battle system based on sword, shield and a large number of secondary weapons. Complemented with a wide range of enemies with different AI that when defeated will drop certain items.

-System of Hearts, Rupees and Magic:
Being as faithful as possible to the general concept that have the official games of this franchise, was programmed a system of life based on hearts, a system of money based on rupees (which will depend on the size of our bag) and the magic we will need to use more than one secondary weapon.

-Custom Key System:
Thanks to DynRpg plugins, the game has the ability to use any key at will. Keys like "A", "S", "D", "Alt", will be useful in this game to make the comfort of playing as complete as possible. 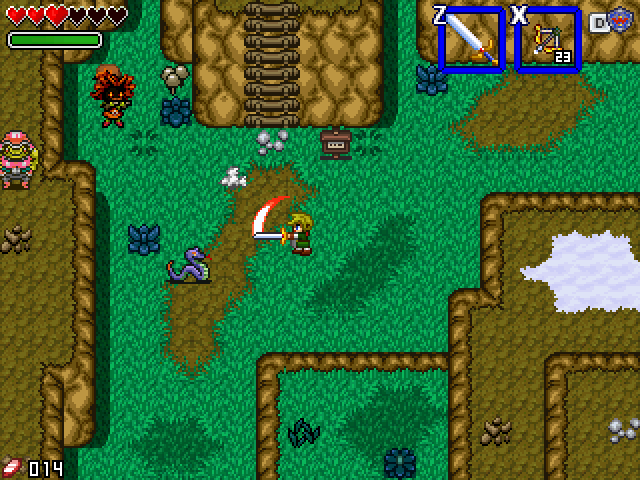 -Data Storage System:
This game has a custom entry in which to start your adventure you can choose your name with a fully customized system. In addition to this, when you start the game you will see in the boxes different data of what you will carry in your adventure, you will be able to see the equipment or how many hearts you have in two different games! 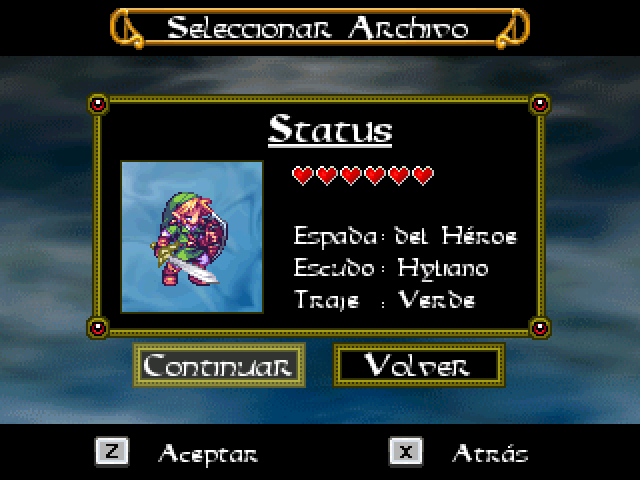 -Personalized menu:
Fully customized system in which you can observe your equipment, your secondary weapons, save your adventure and even a system of options that will allow us to configure aspects of the game to make your experience in the game as pleasant as possible. 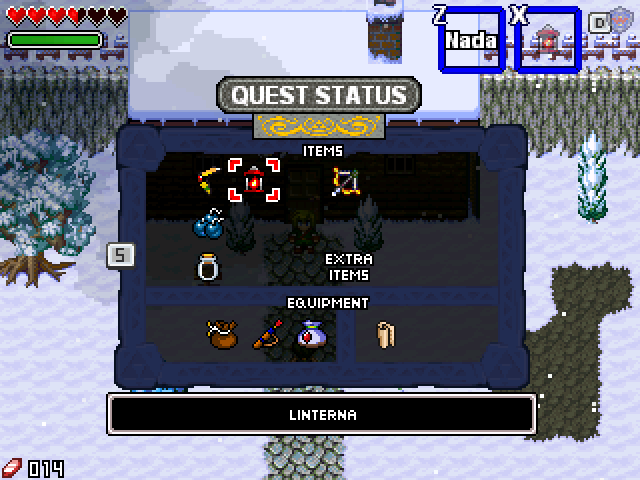 -System of Shops:
Customized system to obtain all kinds of objects in the game. All based on the system of rupees. 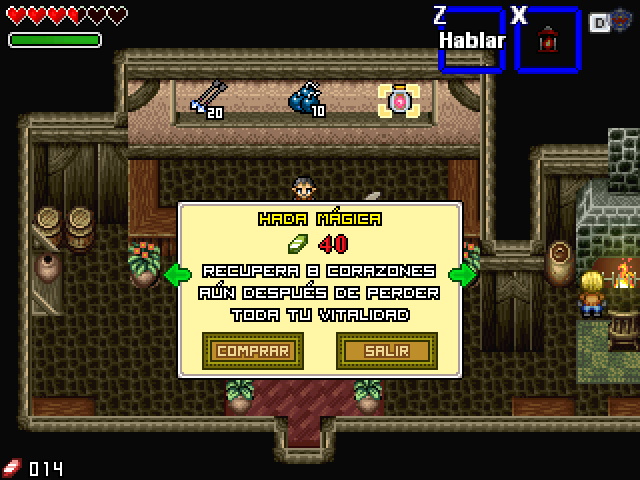 -Bank System:
System to keep your money in a bank. You can deposit and withdraw money from it. 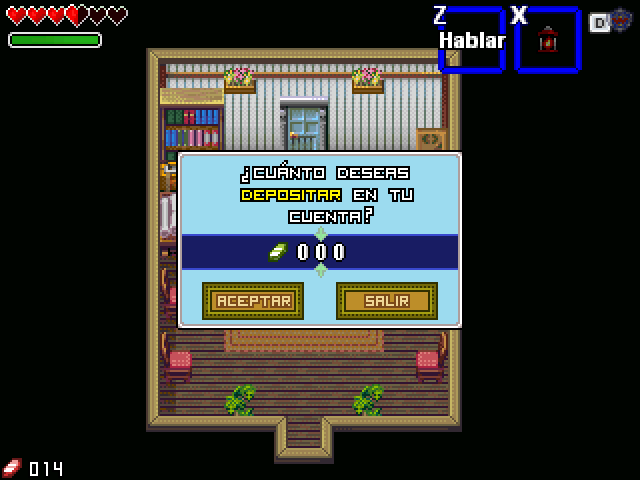 -The game will try to be as linear as possible, delivering a varied range of sidequest as well as offering different alternatives to the main story line. We will be able to choose to go to one dungeon before another and see what consequences that will have.

-You don't need to have the RTP installed in order to play.

-The game has an integrated patch of autoenter with what the customized title was realized.

-The soundtrack of the game is mostly MP3 files, so the game has a considerable weight.

-The game consists of a saved system based on cheackpoint. It can be saved at any time, but you must bear in mind that you will return to the last cheackpoint you have activated.

-Needless to say, this is a fangame, not for profit, but with the respective credits to the creators of the original idea.

-The game will not be encrypted, so any player who wants to open it with the maker and see how the different engines were programmed is free to do so.

-The basic program used for the game while it is the Rpg Maker 2003, is also being used the program created by Cherry, Ultimate Rpg Maker 2009.

-For now the decision is that there will be no downloads until the game is complete. Which is at a 65% advance.

-The original language of the game is Spanish, but the full version will have an English translation. 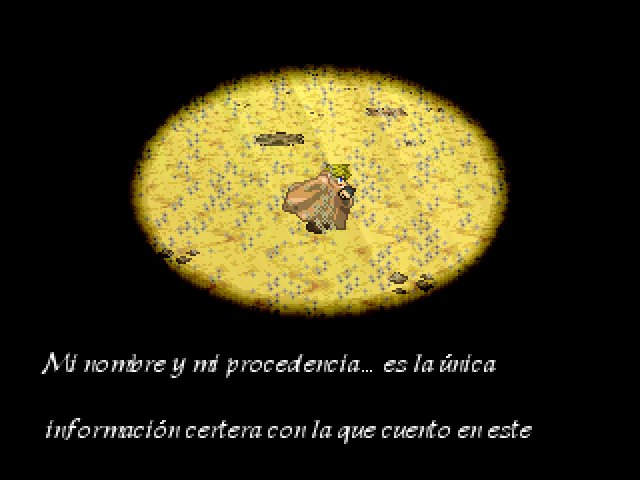 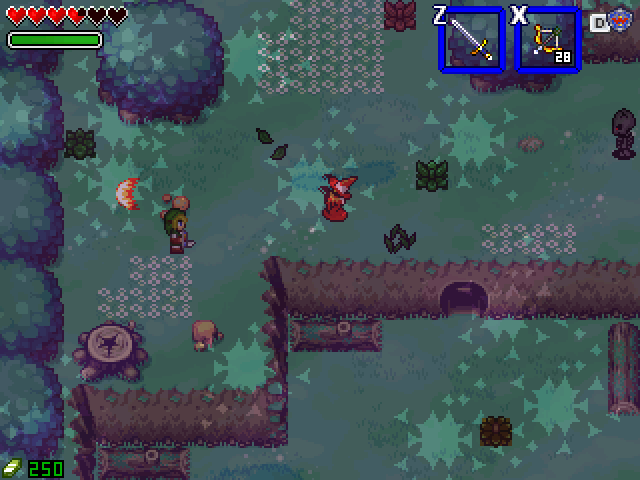 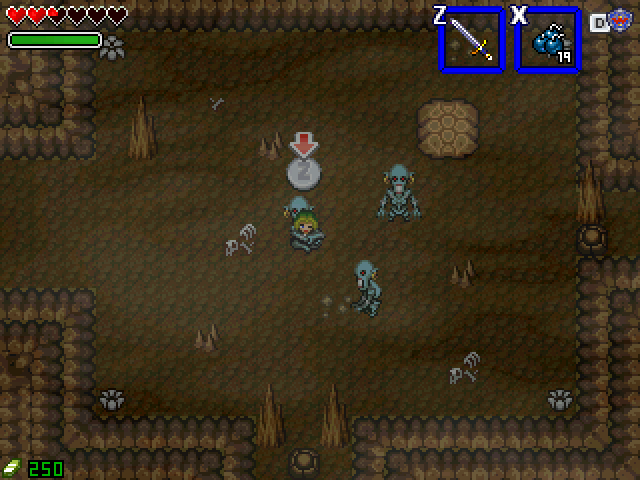 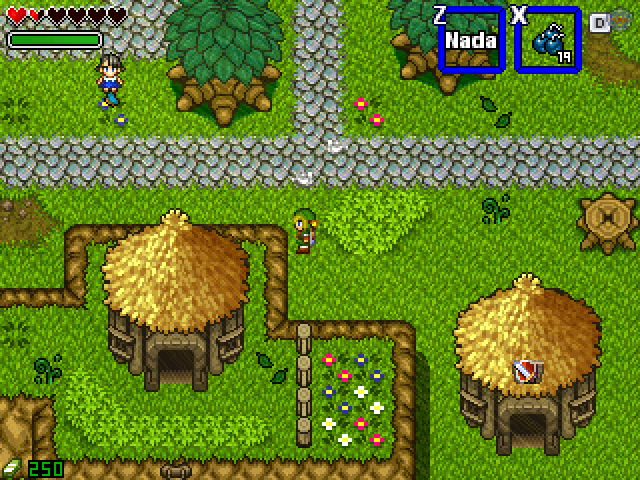 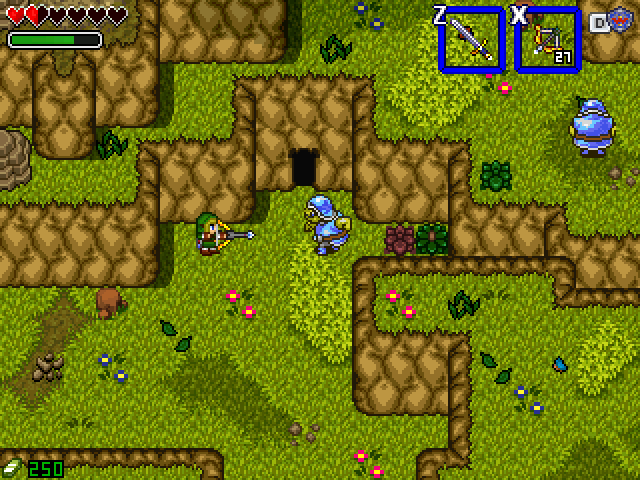 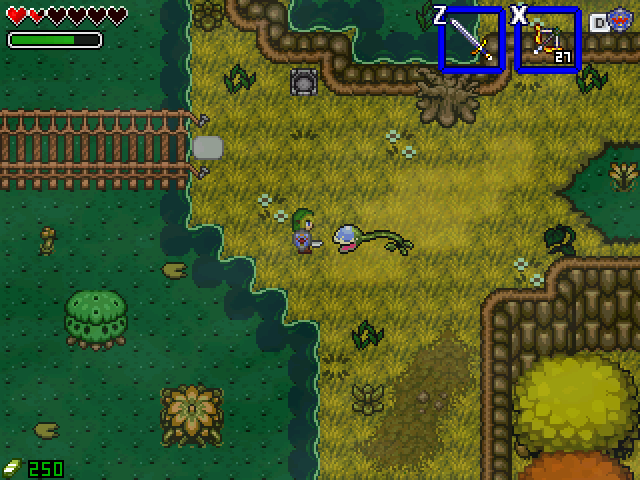 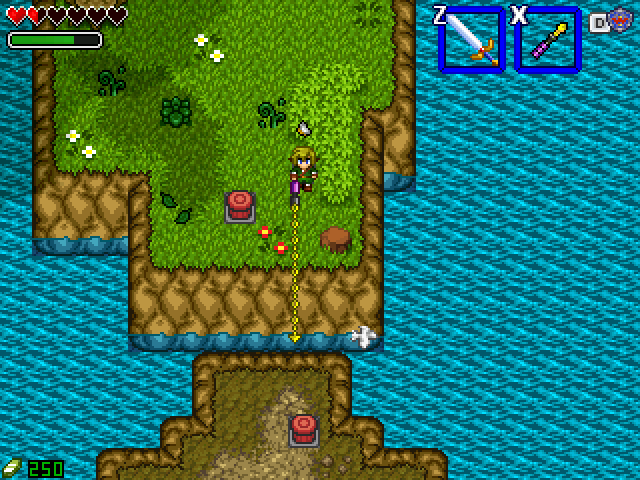 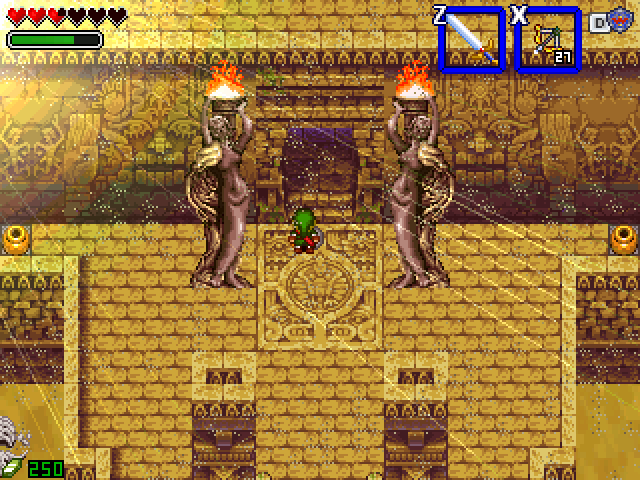 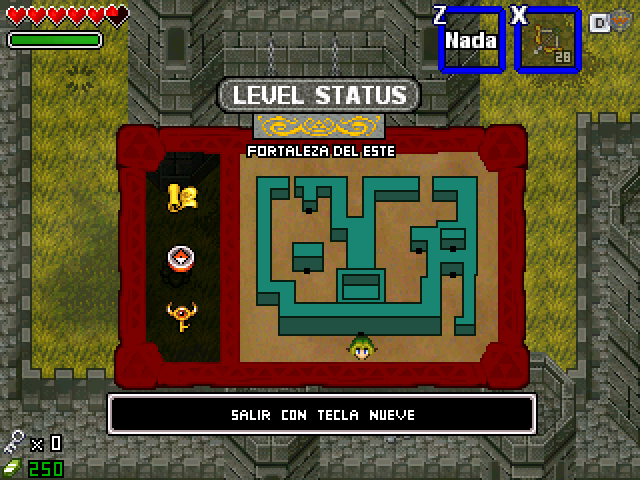 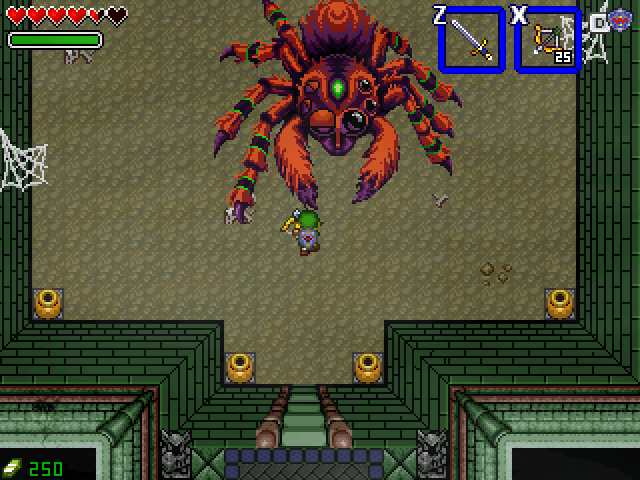 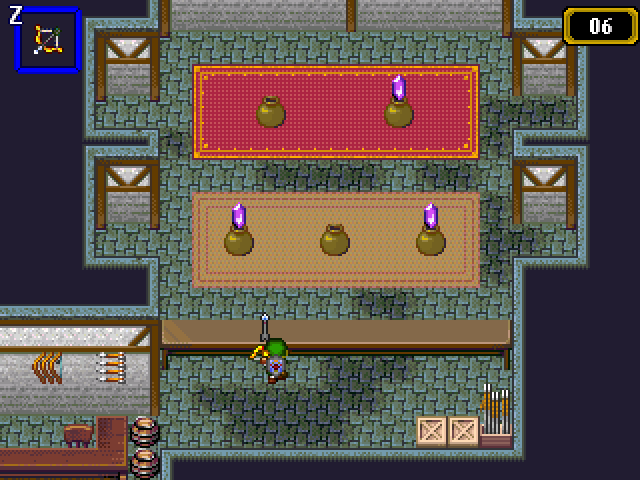 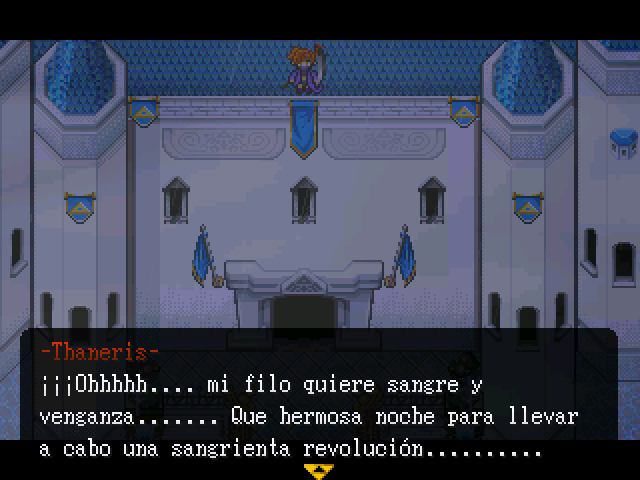 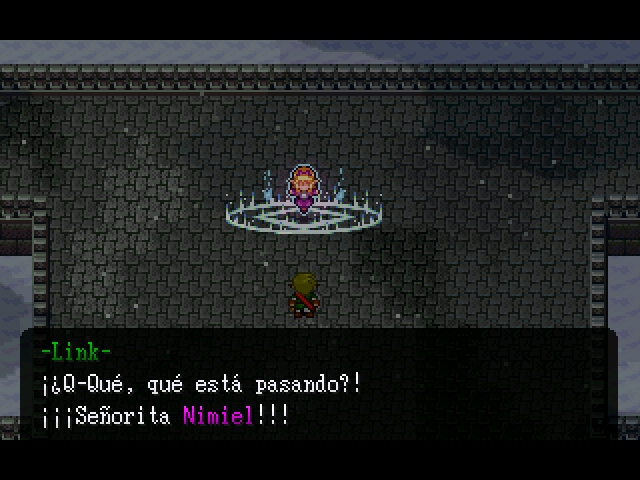 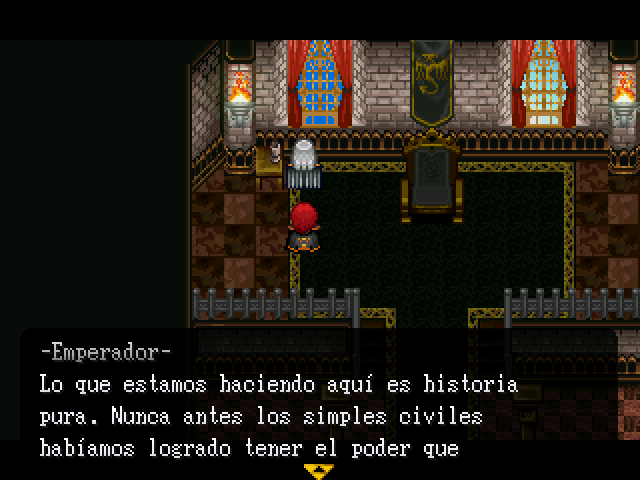 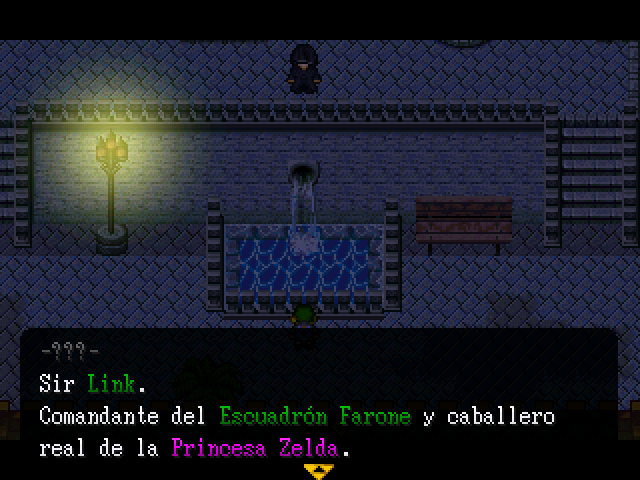 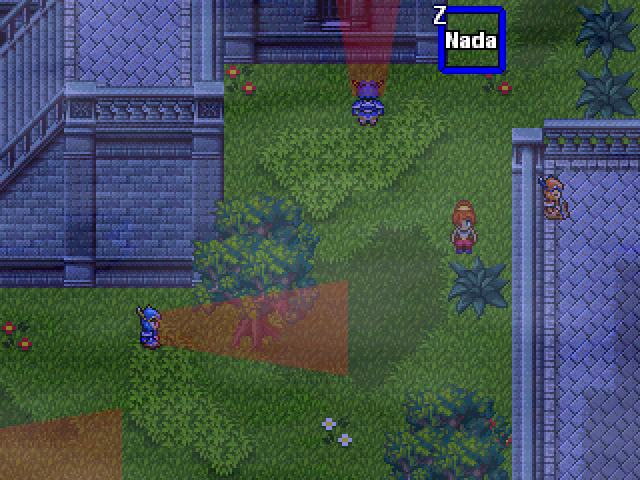 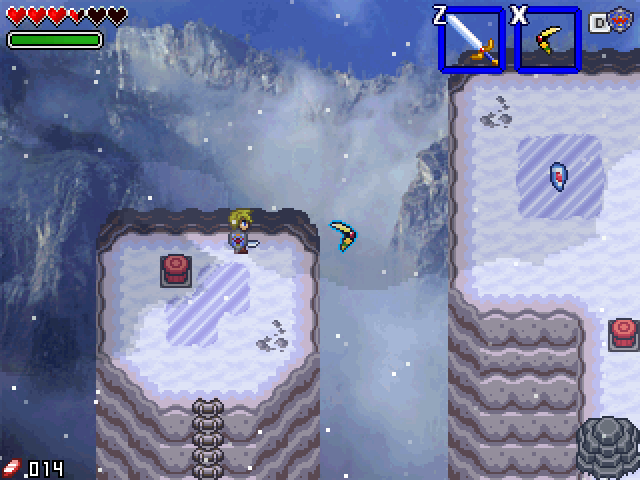 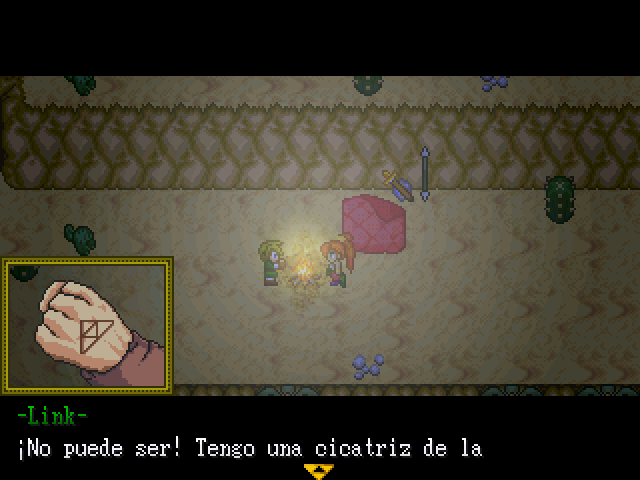 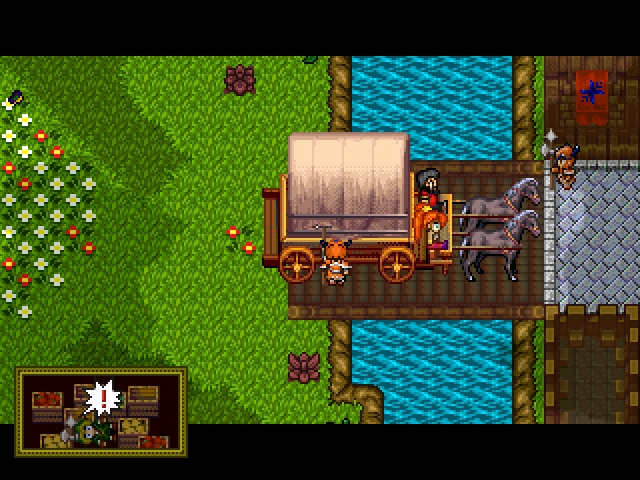 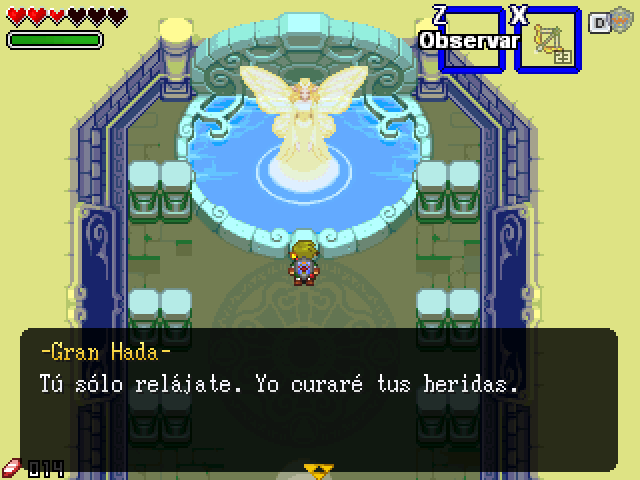 PD: I'm sorry if there are any inconsistent texts. My English is not very good, but I will try to show my project in this community.
Pages: 1