Close
I'm 37 years old from minnesota.
I started back in 2001 with Rm2k and moved to 2k3, but never moved on after that.
I never really made much, but small mostly unfinished projects.

I play the ocarina and also do parkour and freerunning.

I've also been into creating electronic music with Ableton Live. I've taken a few classes at a local music school and have been having a lot of fun with it.

I also like to compete on American Ninja Warrior when they let me. 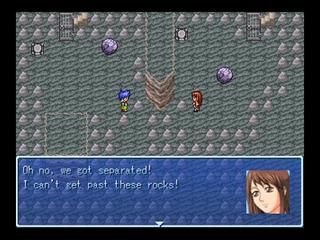 I also played around with Sim RPG Maker 95. I actually really liked it, but I got stuck because I was trying to make branching storylines and that was really hard.

I just bought RPG Maker 2003 on Steam because I figured after so many years (with lots of years of break in between as well) of enjoyment, I should probably get the official thing.

I've never really actually submitted much or completed many games. I usually get sidetracked by tangents and never get to the main story. I made only one completed game for RPG Maker 2000, which I did in just one week. It even had voice acting, but it was terrible. Other than that, I did submit a contribution to a single map collaboration contest back at RRR. That was fun. I heard about the Golden Week contest for 2003 so I decided to join here and participate!

Back in the day, I was a member of the now defunct sites, RPGi, RRR, and one more site which I completely forgot the name of. I still keep in contact with some old RPGi people, but that remnant really stopped being about RM a long time ago.

I play the ocarina and recently the shakuhachi, and play around with creating midis. I've also dabbled in Ableton Live to create mp3s and such. I still feel like I have a long way to go though. I have some ocarina videos on my Youtube channel here: Turbo852's Youtube Channel

I'm also into parkour and freerunning and competing or trying out for American Ninja Warrior.

I'm pretty busy usually so we'll see how active of a member I'll be. But if I keep using Rm2k3, I hope to be sort of active here if I can.
Pages: 1