Close
01/29/2022 08:03 PM
Nice! Looks very professional and clean. I love the music. The parallax effect in the background is fantastic.
Abashi76

Close
02/04/2022 10:31 PM
I created a Wallpaper featuring most of the characters appearing in my games. If you've played them, you'll see a lot of familiar faces here. 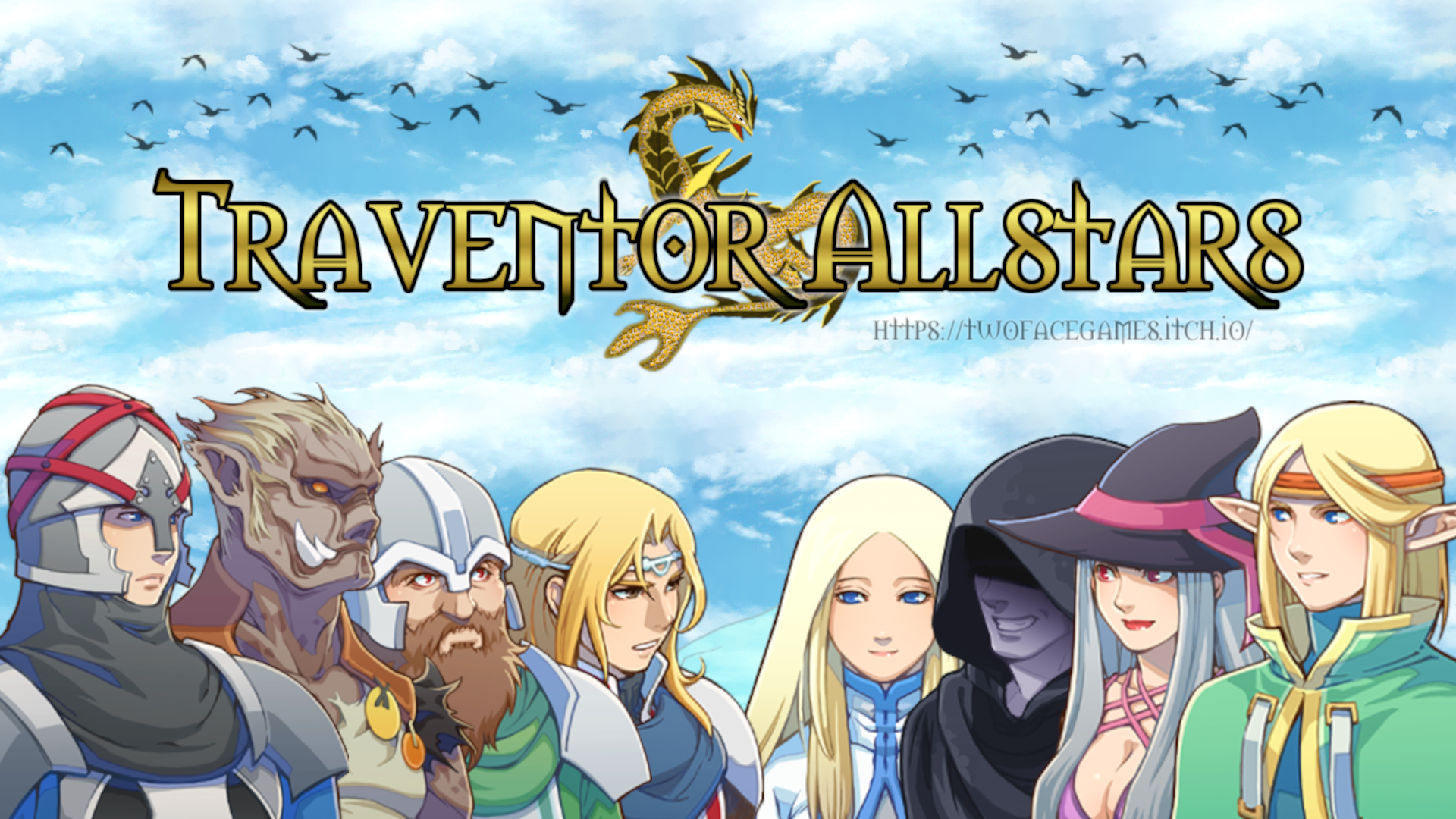 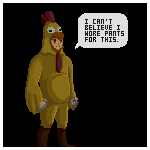 I heavily agree, I'm a sucker for games packed with stats, statuses and stuff of the sort. My only suggestion would be to change the color of the digits for the values, I feel like they blend in too much with the bg, it should be eye catching to help really see what the values of your character are I feel.

Thanks for the feedback. For the numbers it's actually super simple for me to lighten them up. Just editing 10 graphics. I don't want to go too bright though as it stops feeling like it naturally fits into the scene.

You'll be glad to know this isn't even the stats screen.
Strak

I revised the menu system options script in one of my games. I changed the window color changer to be more dynamic, allowing for 64 colors instead of eight using only one image file, rearranged several elements, adjusted the gauge sizes and positions to maintain consistency, and aligned the text options for more consistent typography. I also added a bit more spacing between certain elements so that they aren't all bunched together.

I guess I'm curious if any of this screams of poor UI choices. Is it too much? Is there something I could do better, or rearrange to make more sense?

I'd really like to get rid of LockeZ. His play style is way too unpredictable. He's always like this too. If he ran a country, he'd just kill and imprison people at random until crime stopped.
5508

Close
03/27/2022 01:31 PM
If it were me, I'd probably make all of those volume/speed bars white instead of different colors. But that's just personal preference; I think it'd look prettier.

I'm not sure what's going on at the top. The four options up there don't seem to have any heading, and aren't aligned with the rest of the text. Unless "Font" is the heading? It looks more like "Font Eagle Lake" is the third option and it's too big to fit on one line, which is awkward. Not to mention that all four of the options are white, and none are grayed out, confusing me further. Really having trouble telling what's going on up there.

Whatever is going on, in that first line, I think I would suggest redoing it. Put a header on the left side indicating what the player is picking, like all the other options. And then on the right, since there isn't room for all those long names, just have options 1 2 3 4 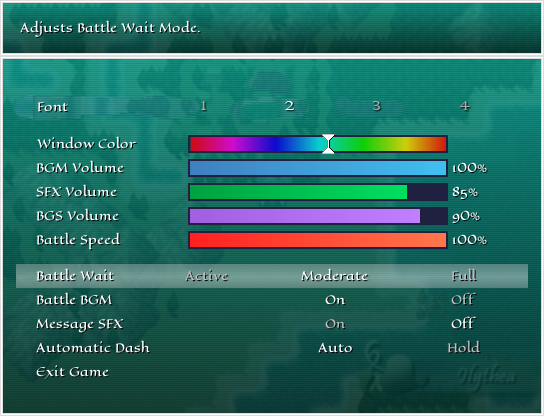 Player doesn't need the names of the fonts. They don't give any useful information. If the text changes to the new font as soon as the player moves the cursor from 1 to 2, then they can see what each one is in a much more useful way.
Strak

Close
03/27/2022 04:06 PM
That's an excellent point, the layout for the fonts is the same as what the window skin changer used to be. When the cursor highlights the font, it doubles in width to cover the whole section, then using the left and right arrow keys moves the options themselves. Whichever one is centered is the one you have selected. Never really thought about it, but it really is a terrible design. I'll whip something together and see how it looks. Thanks for the feedback.

EDIT: I've updated the image with the modifications I've made. I have to admit, this does look quite a bit cleaner with the typography aligned. I did like having the font names displayed, but as you mentioned, the names didn't offer any valuable information, since the font updates as you change it. I will say though, I do like having the different colors for the volume gauges, although again it's just a personal preference. 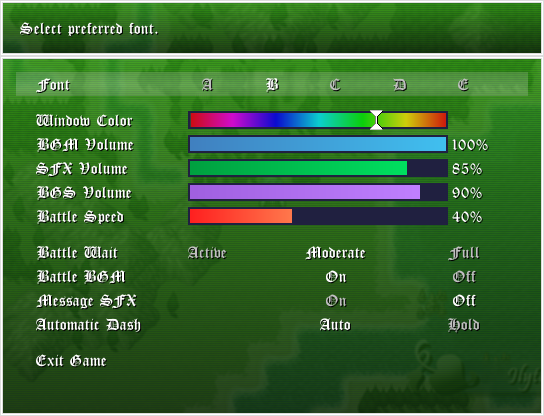