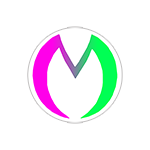 Close
09/17/2019 01:29 AM
We really don't get a lot of non-English games, nor do we want to encourage the 'dump and run' lifestyle of such. That is, we'd like for people to make English versions to their non-English games, and a fair few already have. That would be hard to tag considering that both downloads would be available on the same game page.

This topic would do best in site feedback, btw, and all I can really say beyond the above is that it's something we consider if/when we update the site. (Back-updating game pages that are already added to the site with the new tags would be kinda annoying, too)
Mancebos_Games

Close
09/17/2019 06:07 PM
Thank you for your attention. RMN is the best site for indie developers in the world, especially RPG Maker. I imagine that a site like this, a worldwide reference, would be advantageous to be able to search games in other languages.

Back-updating could be done by adding the English language to all games, then the game creators would edit their posts and modify the language.

On the issue of downloading, the same game made in different languages could have two posts, one in the original language and one in English.

Anyway, my post was just a tip, again thank you for your attention and thanks also for the great site (RMN) you created.
kory_toombs

author=Mancebos_Games
On the issue of downloading, the same game made in different languages could have two posts, one in the original language and one in English.

Not 100% sure if this is what you mean. However, I think I've suggested in in the description help thread to have separate descriptions for each available language on a given gamepage. So, users could input their "main"/"required" English description, and an "original" description in Arabic, Portuguese, or whatever.
Mancebos_Games

Close
09/20/2019 09:52 PM
My suggestion is for the addition of a feature, which would unfortunately change the RMN database. This feature would be used when searching for games.

For example, when you post a game in RMN, you have to fill in: engine, status, genre, etc. This is where the language would be inserted.

The purpose would be for non-English speakers to post and search for games in their language. RMN is already a world reference site, but with this "attribute", RMN would be a totally international site.

Close
09/20/2019 11:08 PM
I wasn't saying anything about the suggestion about having a language tag for gamepages. I was talking specifically about your comment about multilingual games having "two posts". Which, in my head, translated to having two gamepages. I'm not too sure if having separate gamepages for essentially the same game is desirable.

Unless you meant separate downloads instead. Which could mean that the suggested language tag would only indicate the mother language of the game?
kory_toombs

author=Marrend
I wasn't saying anything about the suggestion about having a language tag for gamepages. I was talking specifically about your comment about multilingual games having "two posts". Which, in my head, translated to having two gamepages. I'm not too sure if having separate gamepages for essentially the same game is desirable.

Unless you meant separate downloads instead. Which could mean that the suggested language tag would only indicate the mother language of the game?

I think he was suggesting something way more complicated. Have 1 game page with multiple language descriptions available, something Steam can do depending on where your language preferences.
Mancebos_Games

1º Insert a tag in the game characteristics. The figure below shows what it would look like.
https://uploaddeimagens.com.br/imagens/summary-png

2º Insert the same tag when searching for games. The figure below shows what it would look like.
https://uploaddeimagens.com.br/imagens/gamelist-png

PS. This is my game :D
Mirak

Close
09/24/2019 04:27 PM
Kinda off topic because this is more in response to previous posts than the last ones but as a native spanish speaker, I'd dislike the idea of a place like this declaring itself international in the sense that it won't or wouldn't have a primary language.

RMN is fine as an english website, since the administration speaks in english as a primary language (I think one of our taglines said something along the lines of "an english-based website ran by an australian admin about japanese-developed software" or something like that) and everyone comes here with that in mind which is why you don't see many threads in the forums in other languages. I'm not sure what part of RMN becoming an "international website" would be good, when all websites of the sort end up with a messy Games section the likes of which I won't elaborate upon because I can't do it without it becoming a rant.

I've seen the 'dump and run' mentality liberty speaks about in other communities like this one whenever it's decided there shall be no more gatekeeping when it comes to language barriers, so many games with no business being there end up being uploaded anyway because the staff doesn't have anyone that speaks the language in the game, so they can't check what kind of content there was in games other than the visual aspects of it and Shit followed. I wouldn't like that here.

I'd support kory's idea of a new tag simply called "non-english", since it could help when combining it with other tags when it comes to finding games in foreign languages using our rusty search engine, but I'm not sure I'd be in support of allowing say, gamepages that were written in whatever language everyone wanted or game versions without also adding an english translation.

In the rare cases where someone would like to upload various versions of a game's language, and if you feel like adding multiple downloads but being allowed just a primary download button isn't enough of an indicator for your audience to know there are other languages available, then you have options to do stuff with the gamepage's CSS. Like, you can perform a ghetto solution and do something like what I did with one of my games, where I basically hid the main download button and added two big colorful buttons at the top indicating the available downloads. Unsurprisingly, the amount of downloads I got for the english version were a lot more compared to the downloads for the spanish version, even though I promoted the game much more in spanish gamedev communities than I did in english ones.
Show
I don't blame this so much to RMN not being spanish-friendly more than I blame cultural differences that make my spanish speaking audience show disdain towards playing pc games on a computer or browsing websites like this one on mobile, because they don't have the convenience of being able to flick their fingers and instantly play them from their cellphones like they can do with the garbage from the playstore. In fact, most of those kind of people wouldn't have the patience to play something like the average rpg here.

But anyway this is another kind of discussion which I'd love to have but I don't think anyone here cares because, again, this is a mainly english-speaking niche website about mostly a niche software that nichely and generously allows the occasional tacospeaking dolt like me to peddle their crap here. Thanks rmn!

Regarding the last post, I'm not sure what would be easier programming wise, if to add a non-english tag, or add these two sections OP asks for.
Liberty

Close
09/25/2019 12:02 AM
I mean, it wasn't going to happen anyway. We are an English site and thus, we have predominantly English games. There are other sites out there to fill the international slot.

At the most we might add a tag that says non-English. Maybe.
Mancebos_Games

Close
09/25/2019 01:12 AM
It was just a tip, I am not proposing a revolution in the site, nor turning RMN into a multilingual site. No need two download buttons or multipages, my tip is just (I know it's hard) one tag in the summary and another in the search. About RMN being a world reference, it's just my opinion, which I believe. It is also my assumption that with this tag, many people from other languages will post their games here. Anyway, I appreciate the posts and I'm here for criticism and compliments.
Mancebos_Games

Close
09/28/2019 01:12 AM
The site Similarweb demonstrates what I was saying about RMN being a worldwide reference. Today, most of the RMN visitors came from non-English speaking countries.

All the good ones.
Pages: 1
Forums :: User Feedback
Back to Top