Bloodstained Hands Pull You In 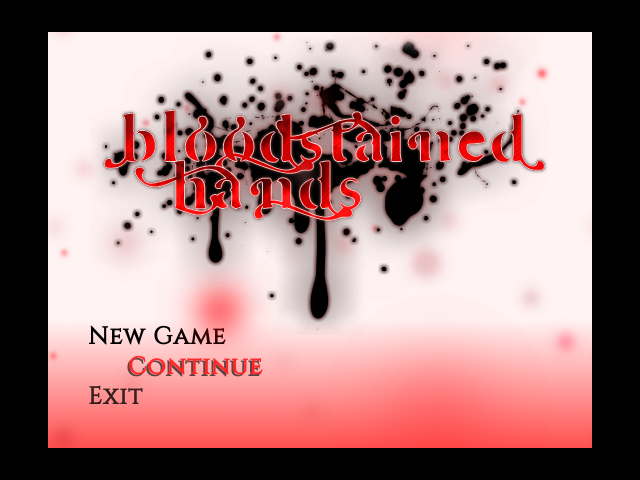 Bloodstained Hands is a fantasy turn-based RPG game brought to you by Strak, which stars a teenage boy named Rain, who is caught in the middle of a political turmoil in the Empire of Ilythea. An unfortunate turn of events lands him in the Sanctuary, a hideout for the Hidden Blades, an association of assassins. With no other better choice, Rain undergoes induction and becomes an assassin himself. Our job, as the player, is to guide Rain through his assassin career, do a number of odd jobs across towns and islands, and perhaps bring peace back to the Empire...

Welcome to Anne's review of Bloodstained Hands! Let's dive in and see what developer Strak brings us with this neat not-so-little game. Disclaimer: This review is heavily based on my playthrough with Bloodstained Hands ver 5.6. 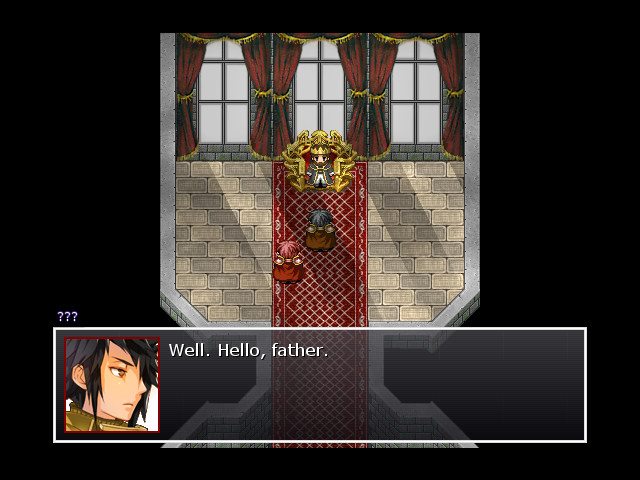 The story is pretty political and moral, given how the plot centers on a perspective of a civilian turned assassin/vigilante, in a world where leaderships and alliances change. Some conversations could be dragging, and some parts unrealistic or forced. It evens out to be better than average for me.

But more than that, the story does, in fact, affect gameplay, which for me makes up for what I find the story lacks. For example, in an early part of the story, you will be unable to return to the Sanctuary, which is Rain and friends' base of operations. When you unlock certain modes of transportation, it can limit your gameplay or broaden it. You also only unlock the other party members by further playing the game. 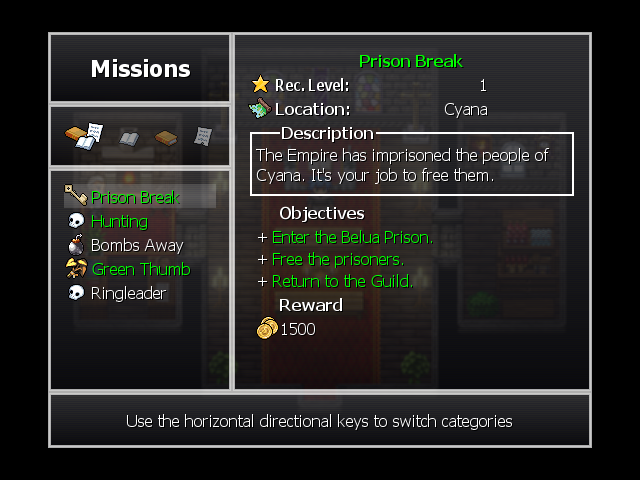 Any and all quests will be recorded in your journal. The main quests can get a bit repetitive since they tend to follow a pattern, but once you get to the last arc of the story, things get really, really interesting. I can't discuss this at length due to its spoilery nature, but I love the puzzles Strak included. As for sidequests, they are an amazing way to visit various locations and earn extra money, items, and play mini-games, such as lockpicking or the available mini-games in each location. 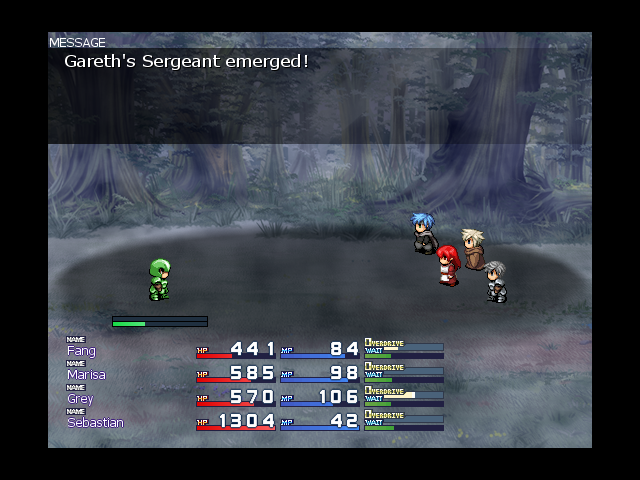 Because your character is an assassin, fighting is naturally part of the whole deal. You don't just get to fight monsters around the world; you also get to fight certain personalities, like double spies, hitman requests, and “secret” encounters.

Whenever you encounter an enemy, it gets recorded in your game. This is very useful for when you are level-grinding, as you will see which element it is weak against and how much damage you need to deal to defeat it. It also doubles as a trivia section for both regular enemies and the bosses.

While grinding doesn’t give you money, it’s a fun way to discover what the party members can do. The consistency of the elemental rock-paper-scissors system also helped me figure out strategies, prepare for possible negative status effects to my party, and defeat certain enemies. 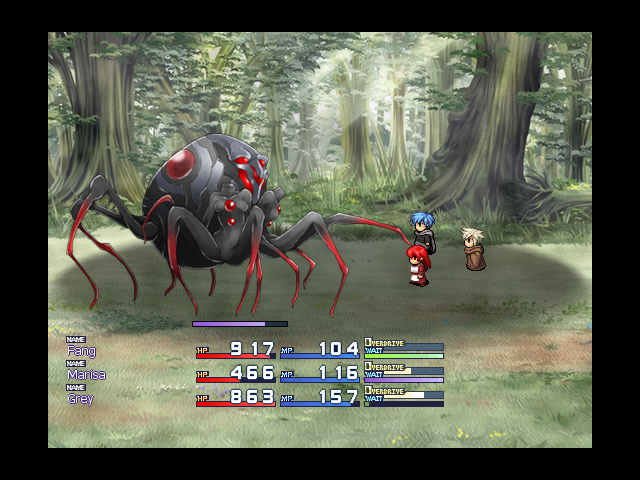 Sometimes, you have to play smarter, not harder, to defeat enemies. There are foes who can heal themselves or can K.O. your party in one turn, even if everyone is at full health. Additionally, a few select enemies will have no visible health bars.

The battle system, in general, is pretty daunting at a first glance. You have to read through a wall of text and get some experience battling low-level enemies to get the hang of it. When I got used to it, I chose the fastest option I could get on the ATB, so I can enjoy a dynamic, fast-paced battle.

Hitting enemies and getting hit by enemies also fill in your Overdrive meter, which temporarily unlocks awesome abilities for your characters. They're very, very useful for boss battles, but you can practice them in regular encounters or during dummy training sessions. 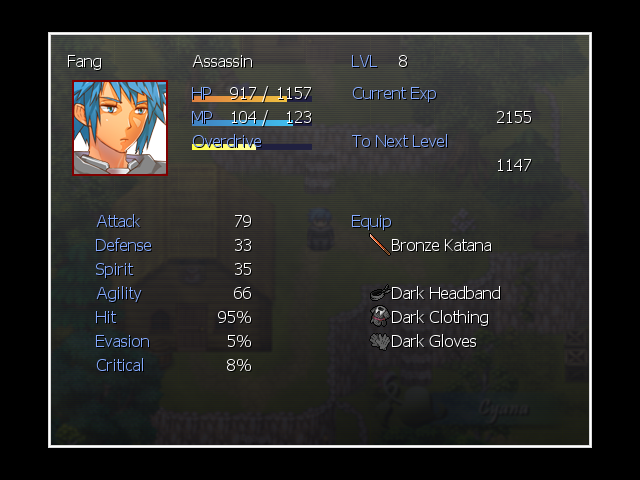 There are a total of seven characters you can control in this game, including Rain. In my opinion, Rain's friends can be divided into three categories. Each category of character offers you particular strengths to take advantage of and weaknesses to watch out for.

Strak's story integration is very strong in this department. In your first gameplay, you don't really enjoy much freedom in your selection of characters, and you might become reliant on a certain set of characters. However, this does help you get familiar with the three categories I mentioned, and you will likely assign certain strategies to keep the party alive throughout battles. That helps me switch out characters with ease. 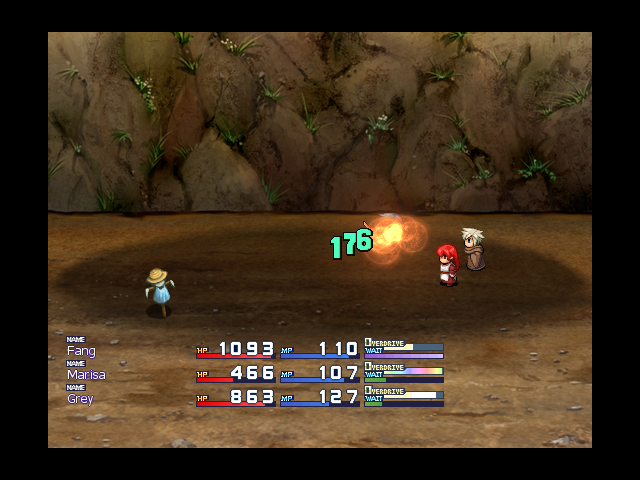 Some of their abilities are already come along with them when they join your party, while some are learned through the course of the journey. A few are optional, and the rest come attached with the weapons they use. You can level up some of their abilities by constantly using them against enemies, or against a practice dummy.

While it may seem that abilities are mostly offensive given the setting of the story and the nature of the characters, there are also buffs and nerfs. Some of them can affect only the caster, an ally, or a single enemy. Some can affect the whole party of allies or enemies.

The characters each have certain weapons (and other equips) that only they can use. Each weapon type offers different strengths and has different weaknesses. I love equipping characters with different weapons and seeing how it could help (or not!) in my battle style. 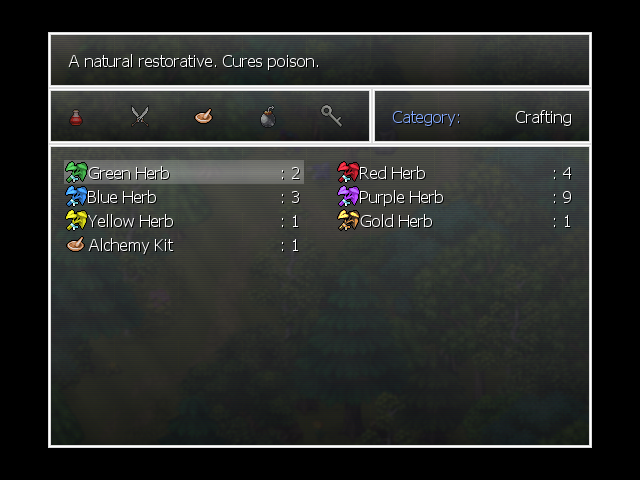 The items are fairly easy to understand, and the potions affect percentages of the HP/MP rather than a set amount of HP/MP. Equips, sans accessories, are segregated among the categories of characters. The menu system also helps you look at your inventory in an organized manner, if it get a little too messy.

There are also two crafting systems: one for potions and one for equipment. If that’s too challenging to understand, you can just do sidequests to buy what you need or earn extra items.

Unfortunately, you can’t grind for money. You can, however, repeat three types of sidequests. It might get a little boring due to their repetitive nature, but the rewards are interesting: one solely gives money; one gives money and potions; one gives money and a weapon.You can cycle through the repeatable sidequests depending on what you currently need. 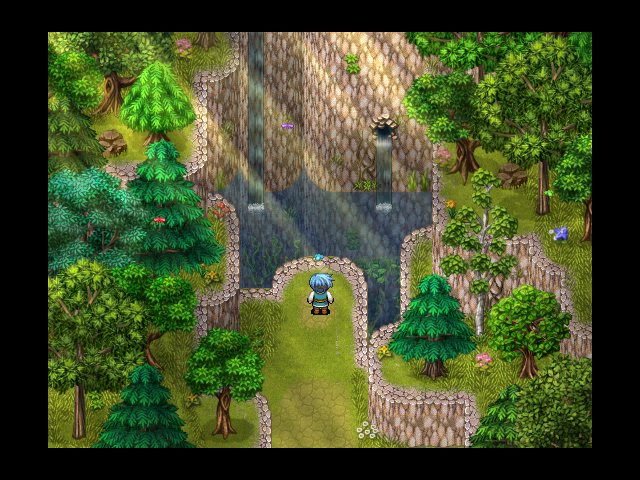 The maps are beautiful, simply put. You have atmospheric overlays of light or fog; you have a weather system that adds to the aesthetic; you have a day/night system that affects shops. The layout of the building interior even matches its exterior, and that’s a plus for me.

The Overworld map even shows you an accurate layout of each city. The Overworld map is also very big, and you can’t dash while you’re in the Overworld. For the impatient player, this might get annoying. However, it does give you a feel of how big the world is.

I love how Strak interpreted David Fesliyan's work and the other soundtracks. Coupled with the occasional ambiance sounds, the music really helped to set the mood for each place and situation. The day/night system affected even the music - the day gives us more active, happy rhythms, while the night gives us slow, melancholic melodies. 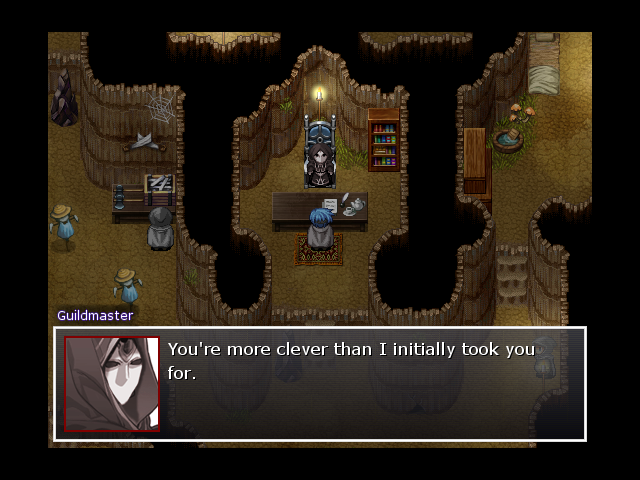 Bloodstained Hands is not just a game to me; it's an experience. I didn't even notice that it was made in RMVX because of the many systems at play. While its gameplay can be challenging to master, it’s pretty balanced for me. There’s also a lot of secrets to find; all you gotta do is to play smart.

EDIT: Read through the review again now that I've got some more time. It's interesting, I have no frame of reference for how challenging the game mechanics can be, since I've grown accustomed to them as I built them, so I really don't know what the learning curve is like. It's interesting to see how other people manage it.

Also, I'm glad you noticed that the overworld towns actually do represent the town layout! It wasn't a huge detail, but it was something I was proud of, and I don't think anyone else has pointed it out yet, so I appreciate the nod!

And finally, saying that this game is not just a game, but an experience, that's gotta be the best compliment anyone has given me for this game. Thanks so much for the review!
AnneLaurant

author=Strak
Hey, thanks so much for the review! I always appreciate the feedback, and I'm glad you enjoyed the game!

Also, I'm glad you noticed that the overworld towns actually do represent the town layout! It wasn't a huge detail, but it was something I was proud of, and I don't think anyone else has pointed it out yet, so I appreciate the nod!

I appreciate the small details and I had to stop and stare at the Overworld towns when I noticed something wasn't quite "right". And when I did realize how the Overworld towns reflected the actual maps of each town I was like, "Woah, these are some CUSTOM stuff."

And finally, saying that this game is not just a game, but an experience, that's gotta be the best compliment anyone has given me for this game.

The alchemy, the quests, and the battles carried it so solidly that I was willing to grind to Level 99 on my first playthrough if that meant I can beat all of the optional bosses before I face the final boss.
Pages: 1