4 reviews
In the futuristic metropolis of New Haven, a former corporate computer engineer finds herself stranded in the vast slum underbelly of the city, soon to discover alot more about her former employers than she might have wanted to.

This project has been worked on extremely passively over a couple of years, but now that rm2k3 is legal, it would seem like an opportune moment to produce a final prototype.

I've been (and is still) super busy. But I've been working on this game sporadically and was meaning to update this last year with what I had back then. Instead work and school got in the way. But I kept working sporadically.

I am currently working on stringing together a very rough intro + dungeon with the first hub and 2-3 dungeons of the game. Since writing isn't my strong suit, I'm keeping most dialogues short and to the point, and if I manage to be clever in the process, then yay!

I've been making alot of maps (which is good I guess, considering my ridiculous scope) So I might as well show off a few progress screens:
I hid them cause they turned out crazy big! :C
Show 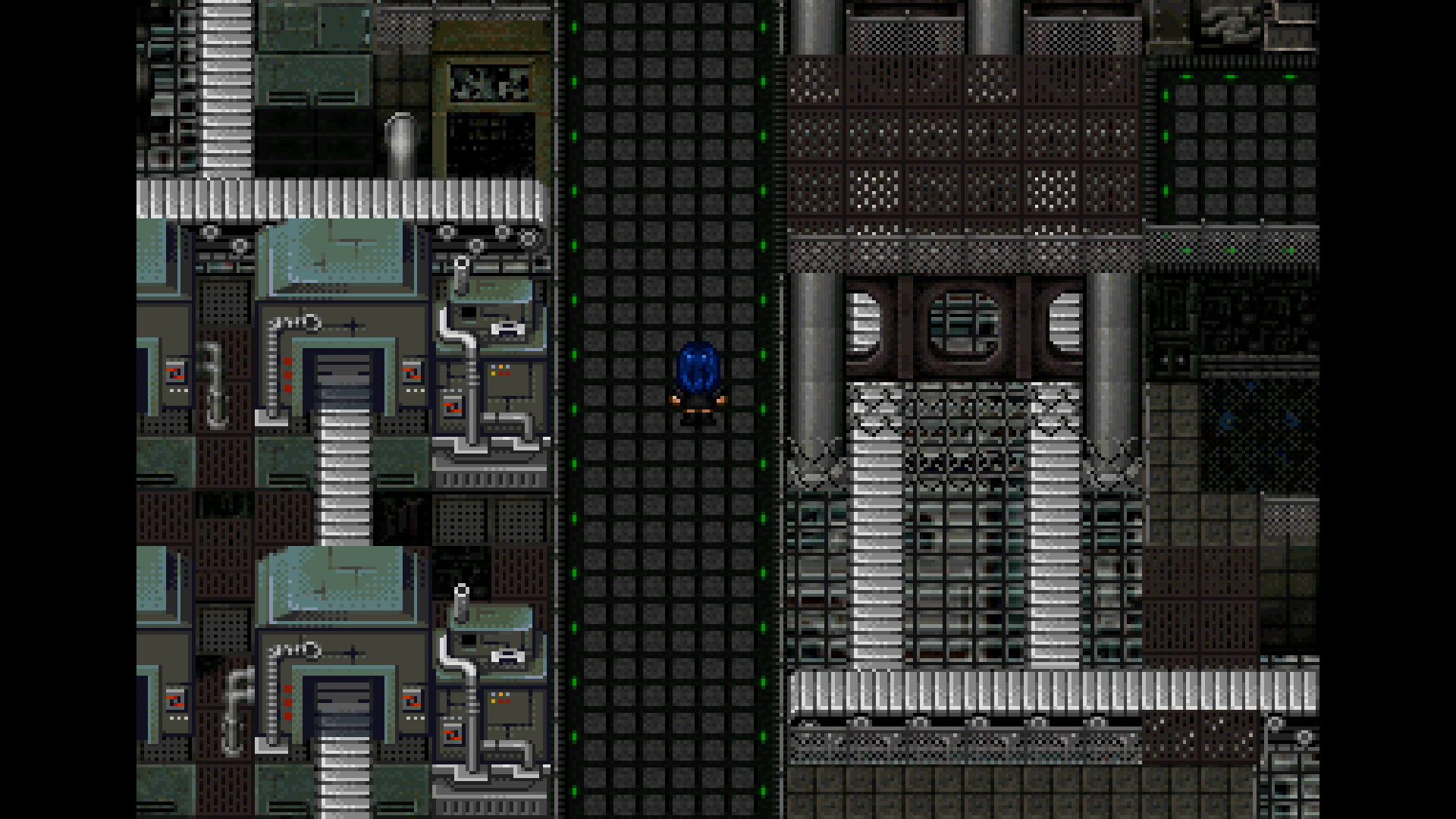 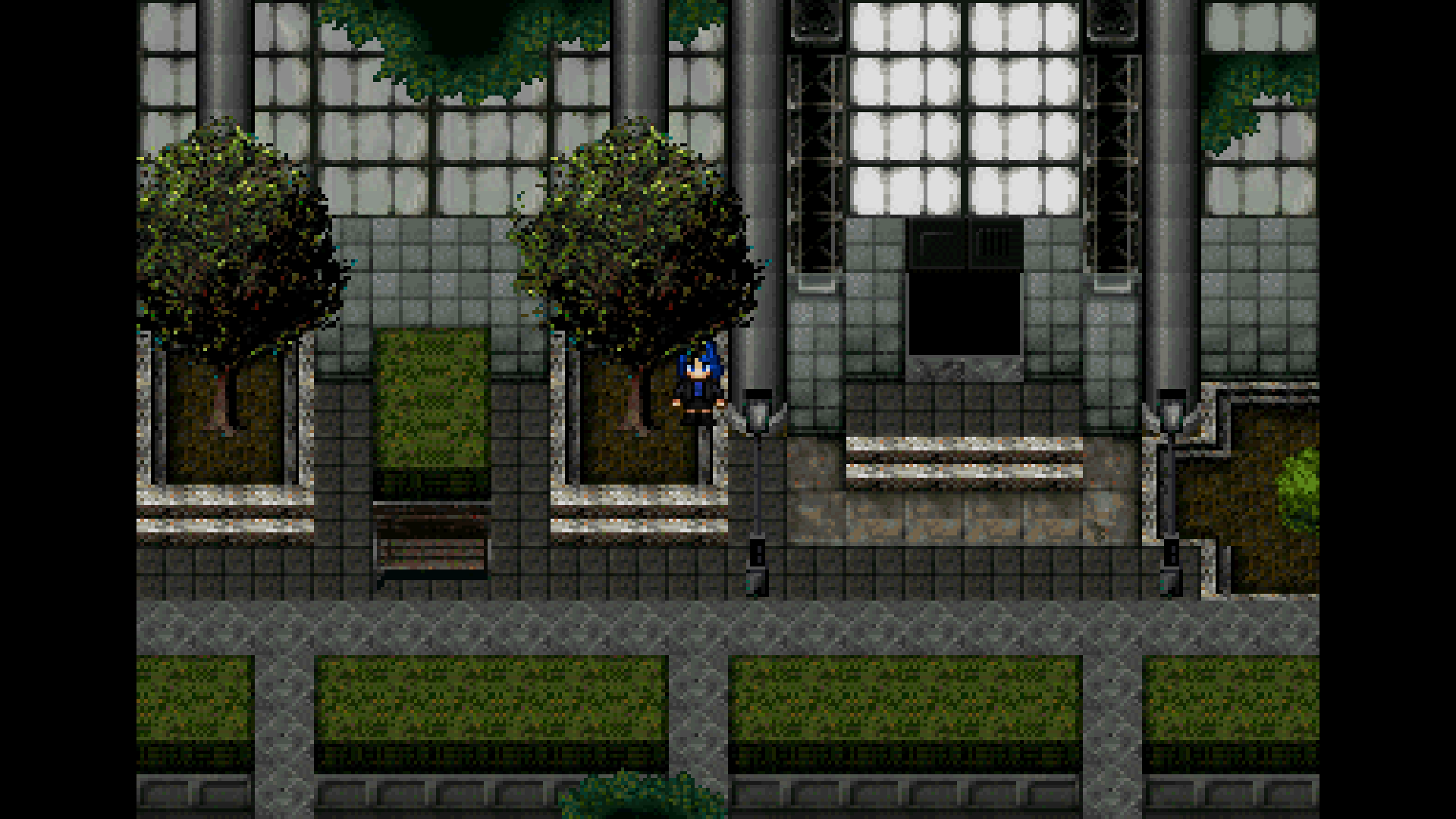 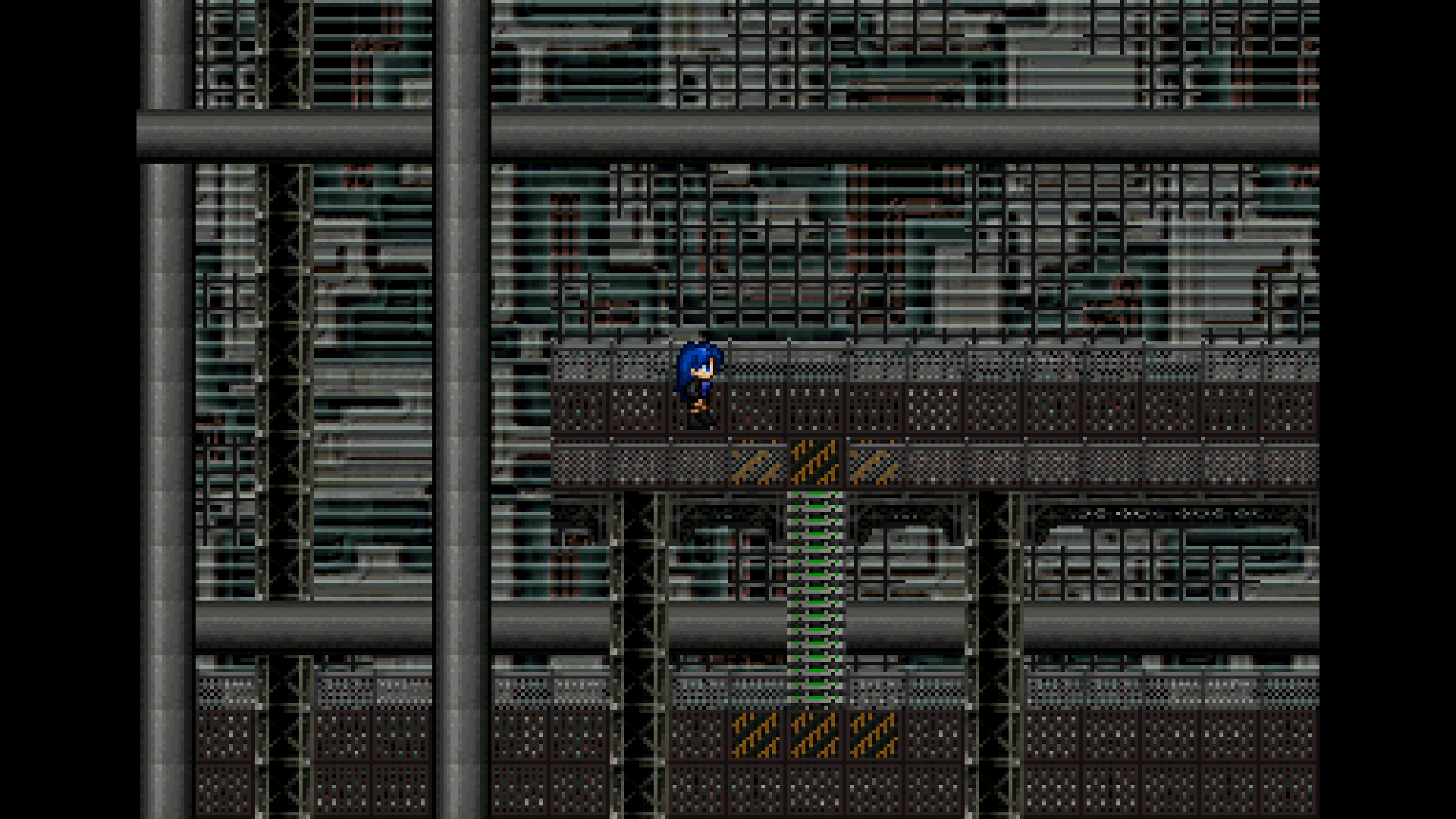 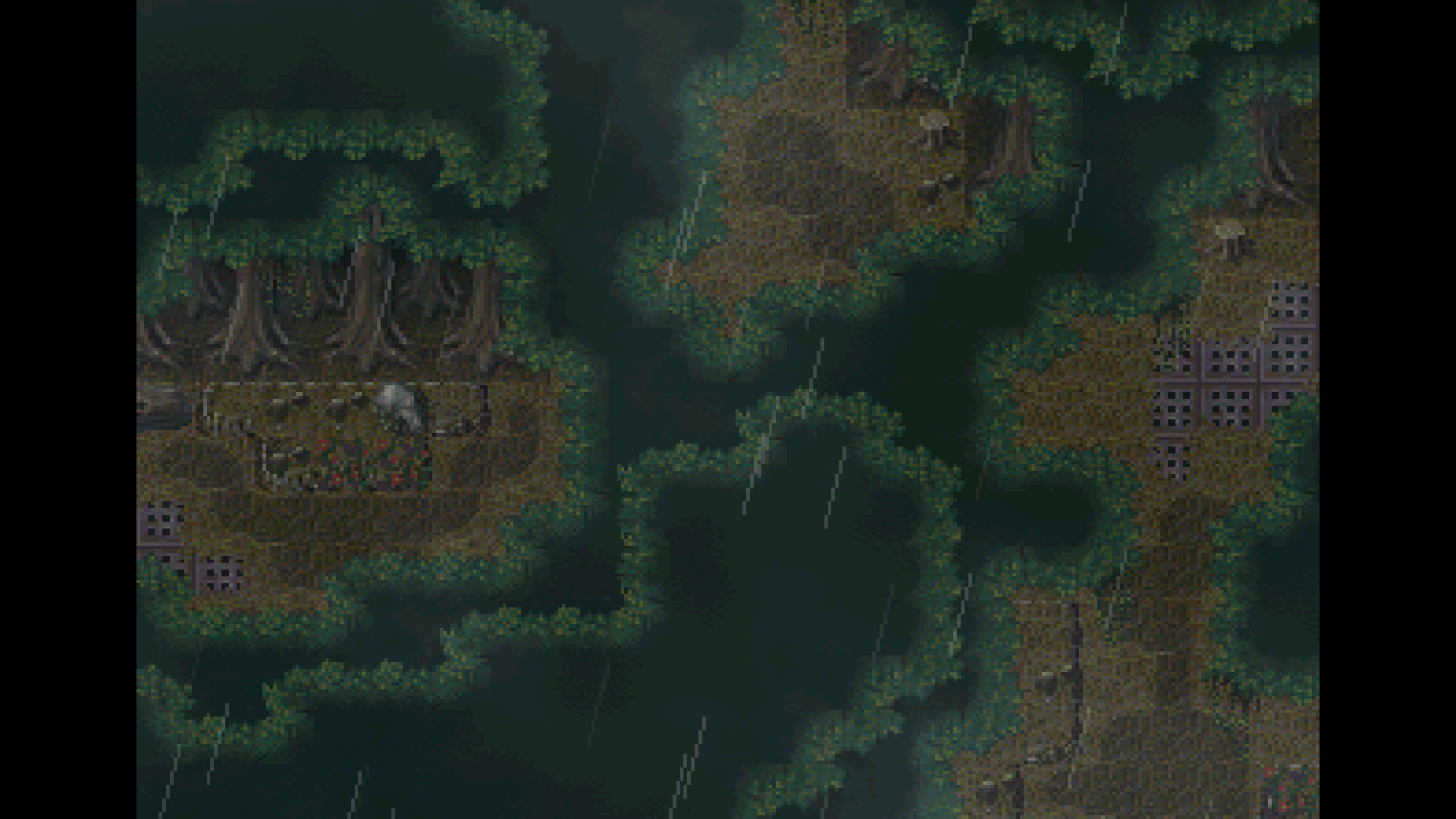 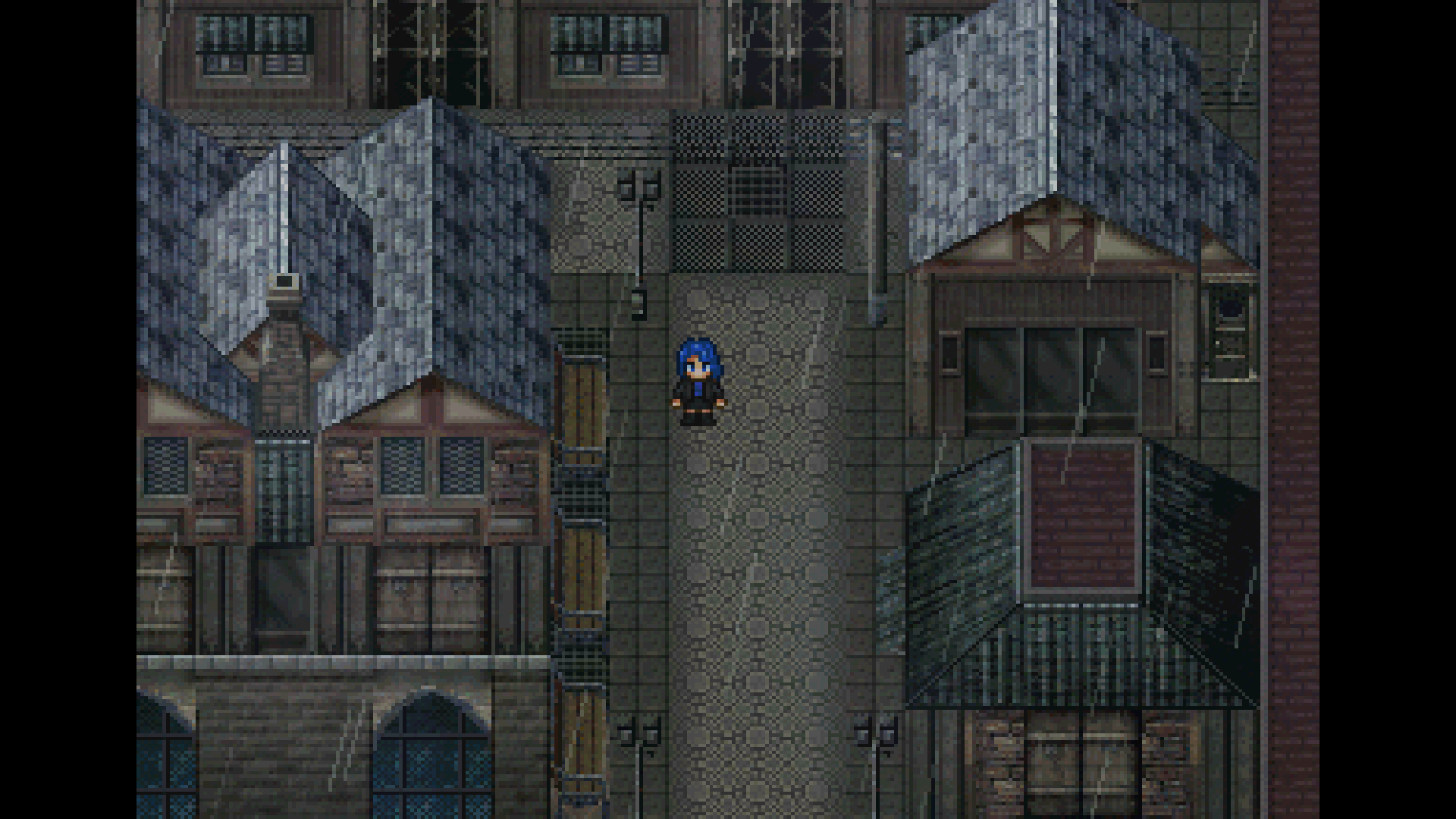 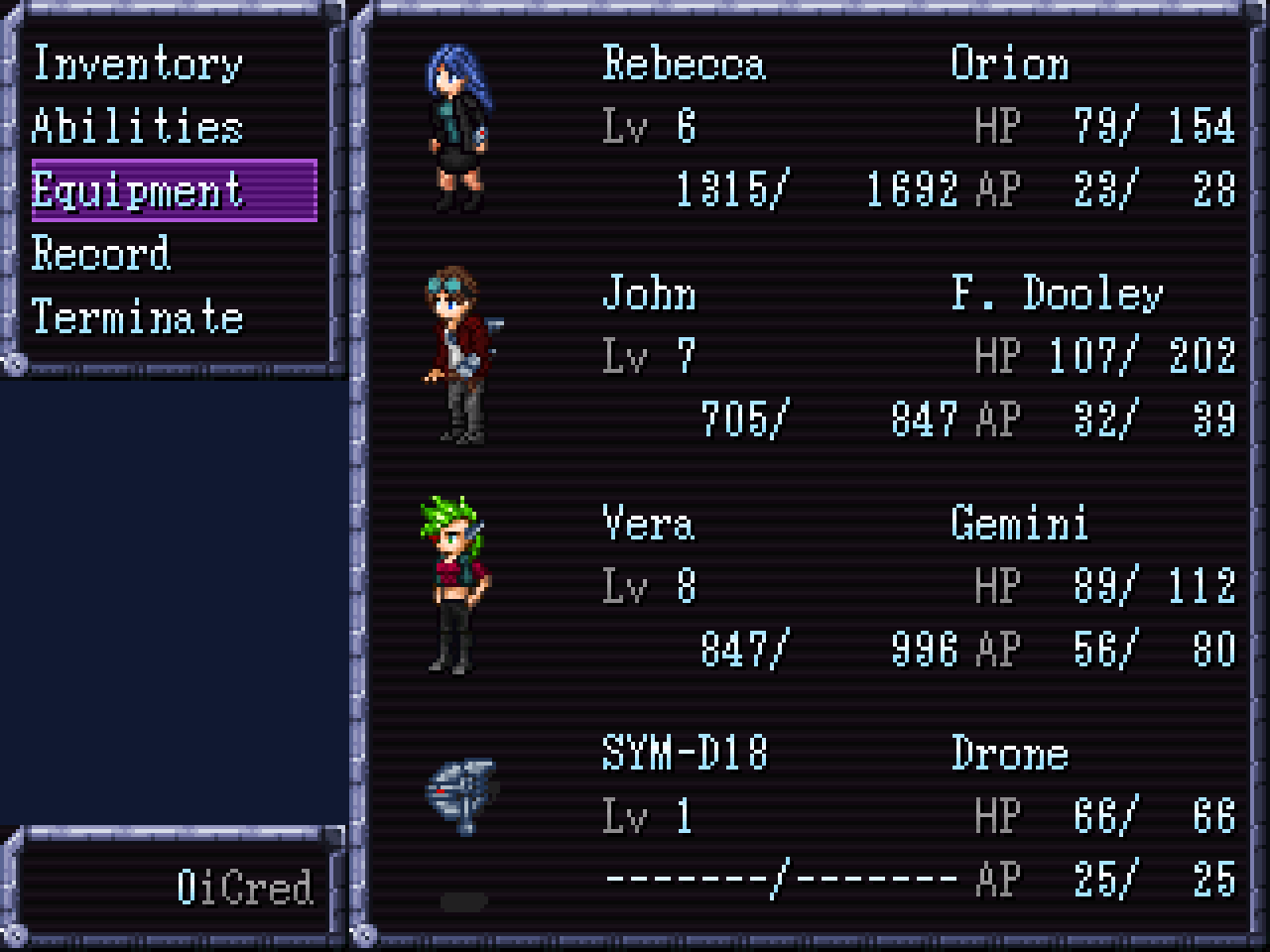 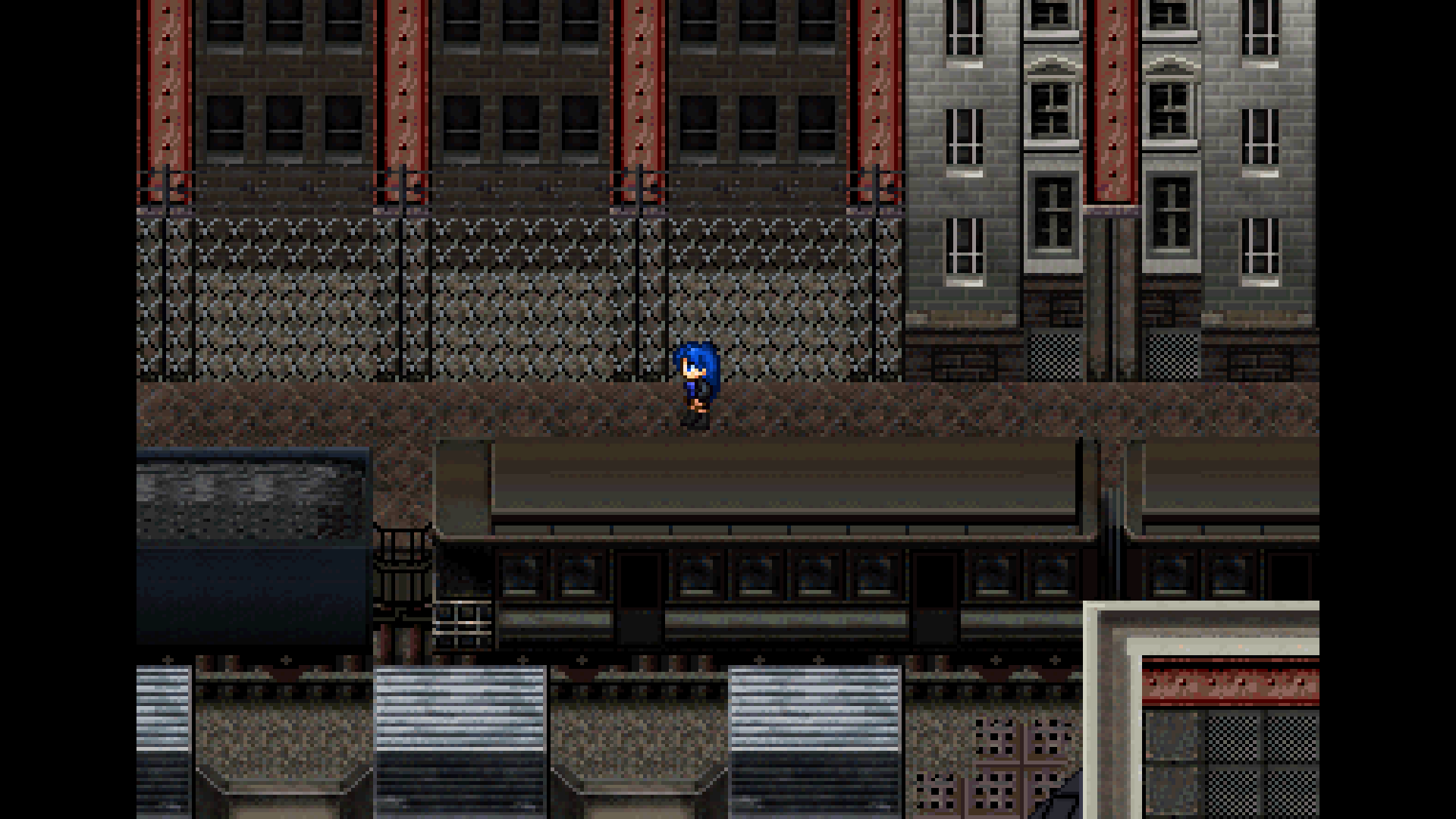 Anyhow. A few things that I haven't planned for but might need: a minimap. 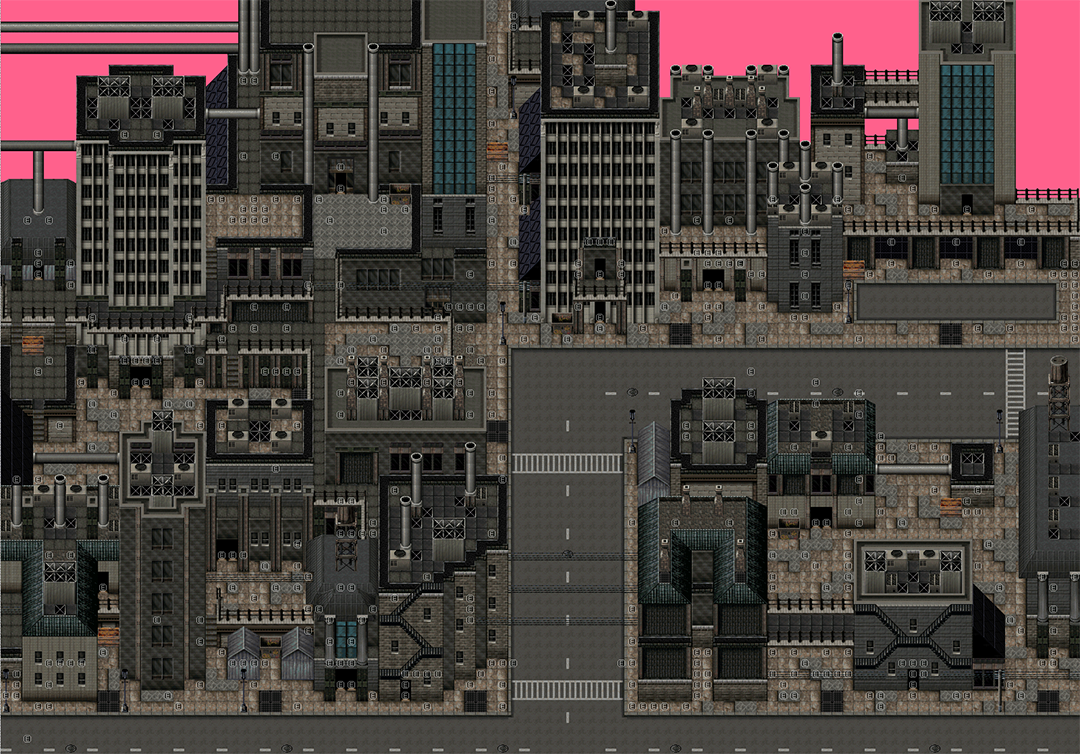 This is an old version the first big hub of the game that I think I posted way back. Some of the areas in the game are kind of big and finding the stores in each area could get kind of tedious (especially since a lot of the sectors tend to look similar), unless I make the NPCs super good at giving directions.

Which, by the way is another issue. How many NPCs are enough? I mean, from the perspective of the setting, these slums don't neccesarily have to be super-crowded, but at the same time most of them tend to feel really empty. This area for instance, has three shops, about 15 NPCS (7 of those are connected to the plot, shop owners or potential sidequests).

Feel free to ask any questions about the game. Or even better, feedback!
That's it for now, I guess.

EDIT: The namechange. Yes. Uh, I "borrowed" perdition city from an album by the same name. Also, this game is kind of prototype.
nothin to see here bub move along

actually i was in Shanghai recently

say have you noticed how dark and brooding i am

Close
10/07/2007 01:36 PM
Hmmm, I've never played an rpg based on technology like this, I don't know, never really liked the idea, but the game itself looks good, excellent use of chipsets from the screenshots
AznChipmunk

Close
06/27/2009 08:30 AM
Looks really interesting. But the status says cancelled yet was updated fairly recently what's up with that?
Mr.Nemo

Close
06/28/2009 10:21 PM
Because the old demoversion was really broken and even though I won't work on this game anymore, I felt it deserved some kind of dignity.
Sated
4005

I seriously cannot navigate through the opening areas without either getting killed or getting badly damaged. The enemies are far too powerful, have more HP than they should have, dodge more than they should, have insanely biased status effects (poison for the slimes and bleeding/attack up for the dogs) and are slightly faster than the hero (which is bad in RM2K3 thanks to how it works out the ATB speed).

The problem with all this is that some of them can do ~1/5 of the hero's HP in one hit if they use the right move (attack to high). So when facing down a few of them it is pretty near impossible to win as two turns will kill you, which is bad considering the enemies sometimes get two attacks for your one (enemies too fast). I know the possibility to run away from a battle is there, but that isn't foolproof when the enemies are faster than you and - even if I do get away - the enemies are still on the map (although this was expected...)

I really did try to get through the first area because I liked the opening and I liked the setting but I just couldn't do it.
zenla

Close
07/19/2009 06:30 PM
Same thing. Stil lI had patience to my first recruit. Lack of money is serious pain just like in sore losers but there was bed around at least
Mr.Nemo

Close
07/20/2009 02:36 AM
Well... it's hard, vicious and cruel. And unbalanced. There are ways of getting past the "first" areas of the game by simply choosing a different path (there's about 5 options to this, most which do not include you fighting. If they do, they don't require you winning either; that is, apart from the canals to the left from the beginnning).

This is hardly a comfort as the next area is just as blatantly cruel (apart from the fact that you may stock up on items n' gunz), and with the slow walking speed, going back to heal at the apt just isn't worth the effort. Somehow, I did think that it was merely "challenging" and not just damn mean.

I would try and fix all these things if I weren't dead set on never touching it again.
Eschalt

Well, I guess I'm saying that I won't touch it again either, until you do.

A way to not be so sick of looking at it: replace all of the graphics in the main chipset you use with newer, different, yet similar graphics. It's an easy way to make the game at least appear different, mebba you wouldn't be so hesitant to fix some stuff without trashing the entire project if it looks different?
Mr.Nemo

Close
09/01/2009 05:05 PM
Well, the problem really isn't dreary graphics or lack of enthusiasm; it's because the plot and concept has gone completely stale and forced. I can't even vaugely remember the important plot points of this game - and I have written around 100 pages for it!

I'd rather work on something completely new with alot of other ideas that have stocked up and become fully developed while waiting for this doomed project to finish. If I could, I would make yet another game with similar graphics although in another maker with a completely different plot and concept.
mellytan