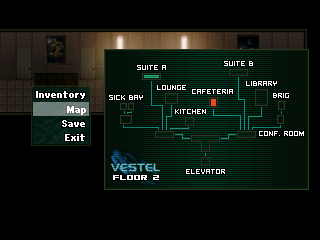 Return of the Band Art Game!

01/29/2010 08:28 AM
A while ago, I started a Band Art game topic: http://rpgmaker.net/forums/topics/3741/
Let's do it again, we have a lot of different members. Use this topic to show off random photoshop skills or just create funny images.

2. Click http://www.quotationspage.com/random.php3
The last phrase or so of the very last quote on the page is your album title.

(Feel free to refresh those if you don't like them.)

Samples from the previous topic.

Go! (I'm doing one currently, will put it up ASAP.)

How long have you been working on your game?

11/01/2009 01:53 AM
Today, Halloween, is actually Muse's birthday. We've been working on it exactly one year. About this time one year ago, we were fleshing out the plot.

Night Shift Noble has been around for a long time, but it was only actively worked on several years ago.

10/23/2009 10:18 PM
On my laptop that I got in June, I have Vista.
The drop down menus look like this: http://img18.imageshack.us/img18/4451/dropdownmenuthing.png
As you may notice, they don't go straight down, but sort of sideways, and it generally results in me chasing it around for a bit. (For some windows, it doesn't matter, like Firefox.) but it's really annoying.

Anyone know how to change this? Thanks.

1. Click http://en.wikipedia.org/wiki/Special:Random
The first random wikipedia article you get is the name of your band.

2. Click http://www.quotationspage.com/random.php3
The last phrase or so of the very last quote of the page is the title of your album.

3. Click http://www.flickr.com/explore/interesting/7days
Third picture, no matter what it is, will be your album cover.

Feel free to write a biography!

The members of Knorrendorf are all dwarves who happen to like Robert X. Cringely quotes. They also enjoy looking at topless males spread against walls.

punk band: university of wisconsin credit union. this one is mediocre, because I didn't really like the text/image combo. Messed up a few things too.

acoustic singer-songwriter "bucky bockhorn" released this last album before shooting himself in the face. (I think this actually looks like an album.)

"Nobody's ever ready for Paranoid Park."
Paranoid Park tells the simple story of a young skater trying to fit in. He ends up, basically, being at the wrong place at the wrong time. Van Sant presents it through a dreamy style as the main character is placed into a confused state as he tries to understand and comprehend what he has done, and yet is unable to communicate his feelings to anyone. The film and characters are incredibly real, easily being one of the most relateable films I have ever seen. After all, who doesn't have "oh-crap-I-didn't-mean-for-that-to-happen" moments?

"We learned in school that hatred breeds hatred!"
This black-and-white French film blew me away. I cannot understand how Kassovitz went on to direct the crapfest of Babylon A.D. (Although he did reveal that he disliked Babylon A.D.) Anyways, La Haine (French for The Hate) tells the story of three young friends after an enormous riot in which a young man is beaten into a coma by the cops. The film explores each of their different viewpoints to the situation the day after the riot, from the vengeful one whose mindset is distorted by anger, to the one who is openly repulsed by the violence but cannot leave. Centered around the life idea of "hatred breeds hatred," La Haine is a modern masterpiece.

"Laugh and the world laughs with you. Weep and you weep alone."
My favorite film and the best revenge movie ever. A Korean film, Oldboy tells the story of a drunken man who is brought to a police station. His friend comes to bail him out and makes a phone call in which the main character vanishes. Vanishes for 15 years that is, and comes back with one thing in mind: vengeance, which he is given 5 days to complete. This film holds nothing back. You will not see an American film like this. There is none of that comedy that lightens the audience due to disturbing content. It is violent, painful, depressing, and yet ties in themes of salvation and redemption. Rarely ever do we see violence paired with actual meaning. Although the premise and plot is fairly improbable, it is a film after all, and can be allowed to stretch the boundaries of reality.(Be warned, this movie is pretty dark and probably requires a stronger stomach! Although not nearly as anywhere as depressing or disturbing as the other two movies in its trilogy.) Ebert: "...powerful film not because of what it depicts, but because of the depths of the human heart which it strips bare."

What about you guys?

a game by
AznChipmunk
YummyDrumsticks
Malad

The story follows Selim Shirazi, a young engineer, aboard space station the Vestel. It's hard to explain more without giving anything away...

12/01/2008 09:12 PM
So. I just want to clarify some things that have been going on behind the scenes. It involves Mog, and several other members. Some of you are probably going to call bullshit but I don't care.

There is no GW vs. RMN war. If anything it's a #G&D and RMN war. No, not even that. It's a Mog war. Why? First off, GW isn't about RPGMaker anymore. (And hasn't been for a while.) The only part that cares is G&D, which, really, has nothing against you guys. What happened today was, Mog came into our channel #G&D (which isn't even actually about gamedesign) and started stirring up shit. Basically, I mentioned YDS (my cousin...) and Mog started questioning me about why she left. I told him the truth and he more or less started hollering at everyone, stirring up a lot of crap that doesn't need to be stirred.

<Mog> so moral of the story: tft keep wearing girl clothes like a fag. and azn get of yds nutz

<Mog> you went on and on like a little bitch ness

<Mog> i got a pretty big cock
<Mog> who wants to lick it
<Mog> its prolly bigger than yours psyburn
<Mog> i mean you ARE asian
I'm not going to post the whole log because it's over an hour's worth of text.

So, at this point, I headed into #rpgmaker.net to see what was going on. Some of you seemed to think that we planned an "invasion" or something which isn't true.
Basically, Asalieri started attacking me right away. Which I still don't understand. Why is he always such a dick to me?
Sample:
<Asalieri> I was unter the impression you WERE a faggot, Azn

The moment after I get kickbanned. Which I understand, since all I have ever done on that channel was troll. However, Macubex had no reason to be kickbanned. In fact, he didn't troll or anything at all and wanted to be a productive member. (Even posting screenshots a couple minutes before he was banned.) Mog decided to bring it up though, when commenting on Macubex's screenshot and then replied with, "Let's not stir shit up." See the irony yet?

(That's Karsu quoting something from me.)

<Asalieri> Azn is beyond little bitch. He's got issues with me too
<Karsuman> They aren't coming back. =P
<Asalieri> and he's too much of a fag to confront me like a man
<Karsuman> I don't think he likes me either.
<Asalieri> then again, I may be giving him too much credit

For the record Karsu, I had nothing against you.

<Asalieri> hey Azn, you're a little dickweed. Talk to me when you're ready to be a human being
<Asalieri> at least tell me how you ran to GW because I am a big bad meanie
<Asalieri> don't gotta tell your little friends on AIM
<Asalieri> you can tell me, I will be gentle with your miniscule balls

This is Asalieri making fun of me when I'm not even in the channel. And... the only Asalieri has against me is that I trolled a couple of times on IRC when he was talking about my game and stuff, but I never attacked him or anything. However, this time I didn't really do anything ban-worthy and I don't really understand as to why I got banned, except that Anklyo decided to mass-ban.

<@Karsuman> He's just a prig that ran over to GW after Asa talked to him about his shit game.

This isn't true at all. For one, I had been at GW already. Second, I left due to... more or less the same reasons as YDS. (The RMN magazine is the main reason.)

<Asalieri> see, some guy I worked with decided to post a podcast featuring my VOICE on GW
<Asalieri> and somehow they ended up loving it. (much to my chagrin)

If you actually read the GW topic about your podcast, you'll find nearly the opposite is true, btw.

<Asalieri> and to be fair, Azn is a big perpetrator

The one who instigated all this crap was Mog. I just found out he was banned on GW because he was pretty much boiling cauldrons of feces.

WHAT IS THIS. Like next time using historical evidence to make a burn, make sure you're not off by a century or two.

I'm merely posting this because there are still a few members around here that I like. (I hope you know who you are.} If any of you want to talk to me or YDS or someone, come hang in #G&D or message me on IM or something. I'm leaving this place (might be around to post releases, but that's it.) I never made a farewell topic anyways. So anyways, stop bringing this crap over to G&D. We don't need your RMN-drama so leave it at RMN and know that we didn't start it - Mog did.

EDIT: A GW staff member just spoke with me. This is what he says.

GW has no stance on RMN: we don't think of you as enemies or anything. We dislike Mog constantly trying to bringup a false sense of friction and then retreating behind "IT'S A SOCIAL EXPERIMENT." If RMN has any hurt feelings from GW, it's almost exclusively because Mog has destroyed any good sentiment. There is no gw policy on rmn, Mog is the only guy who annoys the shit out of us and in an ideal world if GW6 gets done we would have extended a hand of friendship if Mog had not convinced us it should be thrown away. We don't even care about WIP or anyone else being slightly a dick or anything anymore.

Favorite Albums During Your Lifetime

My first language is Mandarin. My parents and younger sister speak it at home while I speak English. I am fluent in both, but I cannot write/read Mandarin very well. I'm not especially fluent: I can understand it, but I can't speak it that well.
I am completely fluent in English. I think in English and stuff. In fact I only speak the language when completely necessary (phone calls or such).
My two languages have grown so far apart that I cannot translate between the two! Although, there are also so many major differences between the two.

I can also speak basic Spanish, although I end up spewing jibberish a lot. (I do that with English and Mandarin too, but not as much.) I can say random phrases in several other languages but that's not truly speaking them!
Pages: first prev 123 next last