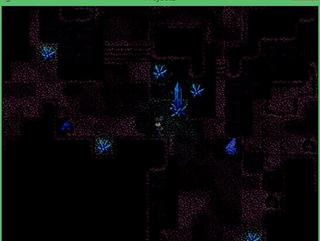 I'm in the process of editing some tilesets (nothing fancy, mostly just making the default ones nicer). On the tiles that are supposed to be partly transparent, well when I import them into Ace and try to map, the transparency doesn't 'work'... I can't explain anything. Pictures will help:


This is an example of what my tileset looks like: (note that the background is not white, it's transparent)

And in RPGMaker VXAce: There must be a way to make it so that partly transparent tiles don't erase whatever was underneath them. It works in the default tilesets and I've seen it work in custom ones that other people have made. I'm probably missing something stupidly obvious but it's making me really frustrated.
I'm editing in GIMP, if that's significant..

12/28/2013 04:09 PM
Hey, I'm having a problem in my game, since the character begins as a 'general' (weak) class and gets to choose their own class after talking to somebody in a town. So far, I've playtested my game and whenever you change any character's class in-game, their level resets to level 1. Obviously this is not what I want, but I can't find a way to make the characters keep their level but change their class.

I should add that this is my first game and I'm very new at this, so a solution without having to understand complicated scripting would be ideal.
Thanks
Pages: 1