Close
I'm a novice at using RPG Maker
I'm a fan of RPG's like Final Fantasy:6,4,8,10 and Mystic Quest. There's also Lufia and the Fortress of Doom, Chrono Trigger/Cross and more. 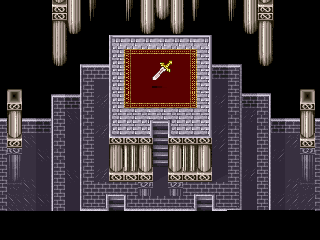 09/10/2021 04:16 AM
LOL these 8 years has been frustrating having to go on & off of this game. Now I have the free time and soon, I hope to have more. I promise that I have slowly but surely been building this game up.

07/24/2021 09:05 PM
I fully agree, upper management jumps in waay too much. The artists/developers are supposed to pull viewers/players into that world and keep them immersed.

IF Square-Enix wanted to make a good Lufia game, they would hire developers/artists
that are also Fans of the series. AND the developing team remembers the game during that gaming era.

Did Sega Not step out of the way and let Sonic Mania get made? Easily, one of their better decisions in the last 10 years. LOL

Anyway, I've decided to complete a task for Lufia Trinity every Saturday. I'll keep you guys updated whenever something major happens.
Pages: first 1234567891011 next last