I haven't used it, but if you use the custom title screen thingy, what happens when there's a game over? Does the game restart at the first room? What about all game switches and variables? Do they reset? Or do you have to manually turn everything off and clear all variables by hand?
Cherry

So "End Game" in the menu, "Game Over", "Go To Title" and F12 will all just start a new game.
FarkasUrdung author=FarkasUrdung
Btw, why is it that fullscreen just stretches the screen to fit your current resolution instead of switching to 320*240?


Because that's a much better way to handle it. If it switches your desktop resolution, it can screw with the other programs that you have open in all sorts of obnoxious ways, especially if RPG Maker doesn't shut down normally.
Gretgor

Close
11/19/2015 08:53 PM
So, I read the full changelog, and I can't say I'm ecstatic. Sure, the fullscreen fix is nice, and having more picture IDs to work with is a blessing, but I'm not sold on the official English version for those features alone.

If they truly want me to pay for something I used for free for the longest time, they really should have put more effort into it.

And that price, in the current economy? I'm not ready to dish out 80 units of my local currency on something I was using for free until now.
Ratty524

author=Gretgor
If they truly want me to pay for a licensed product that was pirated and illegally distributed, but is now legitimately available for purchase overseas for free for the longest time, they really should have put more effort into it.

That's pretty much what you are really saying, man. Can you see why it's ridiculous?
Liberty

Close
11/19/2015 11:42 PM
No. You're free to use it, but you'll be looked down on as a pathetically childish asshole for complaining about the fact that an illegal program finally got released -LEGALLY- for people to purchase... as they were asking for for years.

You don't have to buy but you can quit the complaining that it's not what you wanted and wah wah wah. A lot of people finally got what they wanted - to be able to purchase the rights and licenses of the program in order to create commercial games with it or the RTP that came with it.

You don't have to like it - that's your choice - but you don't have to act like a wanker about them finally making some return on the product they worked hard to create which was pirated by fuckwits (I'll admit to being one of those fuckwits gladly - though I was one of the people who got the ball rolling on a legit version... so I guess you're welcome?) and distributed illegally all over the world.

-sarcasm- I'm sure they were perfectly fine with people stealing everything they worked for and sharing it around with no fucking cost to them. Sure is a lot of money-grubbing going on when you try to sell a thing you made! -/sarcasm-

Doesn't matter if you're rich or not, if you MADE a great something that many people use- pouring time, energy, love and money into creating it - you deserve to get some recompense from that. It was never a fucking free program so I really don't understand why you're bitching about it when the company finally:
- listens to fans and does what they want, releasing the engine in English
- improves on it a hell of a lot
- relaxes their stance on plug-ins
- puts it on sale every now and then via steam or bundles
Gretgor

Close
11/19/2015 11:43 PM
The fact that they had never released a western version before symbolizes, to me, that they basically gave the entire western world the middle finger back in the day. I don't feel guilty at all using a pirated version when they never saw the potential of such a product up until now.

And now that they finally saw said potential, their product is so easy to acquire that it's completely ludicrous to think that they'd even still try to sell it.
Ratty524

author=Gretgor
The fact that they had never released a western version before symbolizes, to me, that they basically gave the entire western world the middle finger back in the day. I don't feel guilty at all using a pirated version when they never saw the potential of such a product up until now.

And now that they finally saw said potential, their product is so easy to acquire that it's completely ludicrous to think that they'd even still try to sell it.

Wow, that's one hell of a sense of entitlement you got there, bub! It's as if developers from other countries are somehow obligated to distribute stuff internationally, huh?

E: Whatever. One less customer out of the many people (like me) who bought it and gave praise! :D
Alichains

Close
11/19/2015 11:51 PM
It's more likely that they just didn't realize that there would be a market here until communities starting popping up around the pirated versions of the software.
Mason_Wheeler
170

author=Alichains
It's more likely that they just didn't realize that there would be a market here until communities starting popping up around the pirated versions of the software.


Yeah, who'd have ever imagined such a thing could happen? It's not like there was any precedent from earlier versions, afterall...
Liberty

Close
11/19/2015 11:56 PM
Grow up. So they never released a Western version. So what? There were reasons they didn't:
- they had a completely different publishing company back then who didn't have ties in the west
- since it was still a new program they had no idea that there would be a demand for it in the west.

It was only after they realised that 'hey, the west has been stealing our shit... that must mean there's a demand' that they started sending the engines our way. Thus why we now have all the engines.

Also, just because you -can- steal a thing doesn't mean you should. Seriously, your argument amounts to "I want to use the thing and it's easy to steal so I'm going to steal it and then shit all over the fact that there's a legal copy that I could buy but fuck that, I'm an asshole and I'm just gonna complain and bitch about it being released legally in English like a twit. Hurr Durr"

Close
11/20/2015 12:11 AM
I was trying to write a really ellaborate answer where I try to be defensive about what I said, but it turns out I couldn't bring myself to do it. As it turns out, it's pretty obvious that I'm wrong, and trying to deny that would only make me look like even more of an ass.

As things stand, I'm just feeling kinda hurt that something that was okay for me to do a few years ago is no longer okay nowadays, and that led me to try to justify what I used to do with all kinds of immature shenanigans I could think of.

There's no denying it: if I want to be a truly honest person, I'll have to buy the official release. I don't even have to stand up from my seat to do so, I can just Paypal it from Steam, and it's not like I don't have the money to do it.

I get away with acting immature 90% of the time because I usually don't get called out on it. Getting called on my immaturity is something I'm not accustomed to, and it probably should happen more often for me to become a tolerable person. I'm uncomfortable writing this apology, because I hate admitting I'm wrong, but believe me when I say every word in here is truthful.

Close
11/20/2015 12:22 AM
Aw geez, it's alright. Sorry for whomping on you like that - I'm a bit defensive over the whole legal thing since I helped to get it rolling (and had to go through some sites where everyone was spouting stuff like you were just before, if not worse >.<; which was 'fun') and I'm a big fan of the RTP, which can now be used in other engines.

Like I said, you don't have to purchase if you don't want, but a lot of people were happy for the chance to finally do so - either to pay back for all the stolen years of use and show appreciation for how it changed their lives/allowed them to live out their 'dream' of being game makers (even if just in hobby form) or to use the assets/engine commercially now. The fact that EB! went so far as to not only translate, but also fix a few of the big issues the engine had and allow plug-ins like Cherry's stuff... well, it was a huge plus to a lot of people. 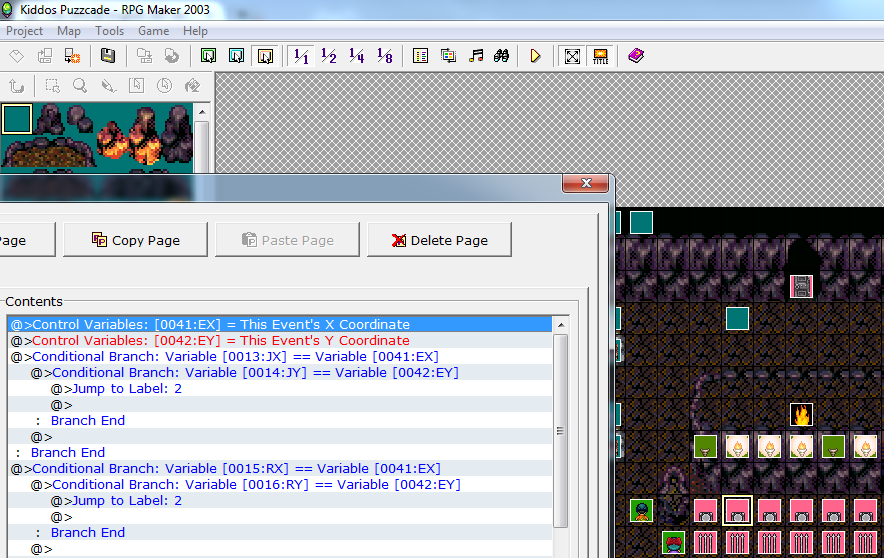