Close
06/22/2016 11:33 AM
No reason to feel bad, pianotm. You're getting things done, that's what's important. Even when you know certain goals need to be done either way, it's still very easy to slip into a mode where you do anything to put that work off for as long as you can. By participating here, you're not doing that, so that's a positive development, right?
pianotm

Building a game involves creative and non-creative tasks. We have to work on both to create our games. For example MinST charge attack consisted of designing the feature (creative), coding the feature (a bit less creative), play-testing it (not creative) and debugging ( **** swearwords). So you should not fell bad for completing the non-creative tasks but proud that you overcame the difficulty or workload!
Fruebis

author=Fruebis
1. Proof read, record, and edit the second episode of my radio play.

and it's finished!
I would have had it done a day or two ago, but I had to rerecord some things, then I had to actually edit the video to put it on YouTube. Over all, I think it went pretty well!
I'm currently working on my art project for the contest, since it seems the most necessary to work on since the deadline isn't too far away. Thankfully, the project involves one of the characters from my game, so I'm sort of killing two birds with one stone.
mjshi

I want to relax a little more this week and still do something I should be doing >.<

Actually, does today count too? If so I might be able to finish reviewing Black Winter...
Marrend

Close
06/23/2016 12:12 PM
I've thought about possible goals, and the only goal I come up with that has the least amount of reservations would be to fill out the events involving the final dungeon of Oracle of Askigaga, the Temple of the Mind.

Awkwardly enough, part of me is thinking that this isn't right to do this right now. Or, that I should have tried to push myself to do the Temple of the Mind when I was done early with the goal of figuring out the mafia mini-game?
Frogge

I'm not sure if this is a joke or tease, but, review titles don't appear on that screen.
Frogge

I'm not sure if this is a joke or tease, but, review titles don't appear on that screen.

That doesn't mean the titles are witty though...
Seiromem

author=Marrend
I'm not sure if this is a joke or tease, but, review titles don't appear on that screen.

I have exactly one review completed. I should do more.

That'll be the next gal after the level 3 enemies!
Cap_H

Close
06/23/2016 06:34 PM
Your name isn't Froggemem either. Got prepared material for some reviews myself. One of them is for a game of yours, Frogments of Dream.
Chilly

What have I started? 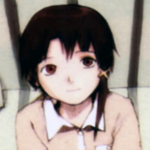 Close
06/24/2016 12:26 AM
I have problems where I'm extremely busy and I know I have at least a small amount of time to work on it but I get discouraged sometimes....sign me up if it's not too late
Mirak

Close
06/24/2016 01:40 AM
Hi i just came to tell you that i accomplished my goal like days ago but the print shop gave me my book just today so i took pictures right now. 40 home-made recipes by my grandma for my grandma.

Goal 1: Doggie Dayz
-Finish updating the game to 1.2, which will have extensive improvements on all fronts.

I'm just testing with a single triangle, not the heightmap again. And it's supposed to be lop-sided (that helps to see if the screen is showing upside down, or backwards, etc).

You can tell it's proper camera framing and movement (frustum) by how the angles of the triangle's edges kind of change. Remember how in old 3D games, things near the corners of the screen would kind of warp? It's like that.