Hello everyone, I'm back with a rather hefty update today. It has been exactly one year since the reveal of the game and coincidentally, it's also on Halloween. While I did want to have a Halloween-themed level for you all to play for today, several of the game's areas needed watering, so I focused on the updates instead.

With that said, here are a list of things that have been done since the last update if I remember correctly. 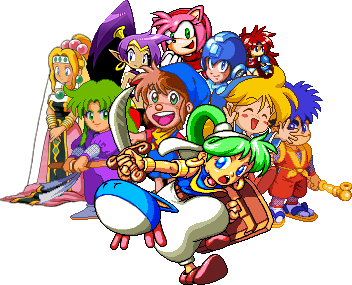 The playable cast so far includes the following...


With every release, the roster has been expanding greatly, and there are many more to come. In the last version that was released not too long ago, there were 24 slots. Over 10 of those were empty. While I did plan on releasing a new guest today, I believe the remainder of them will be saved for a future update or final release. There may even be some shocking surprise appearances from games that aren't in the same dimension... 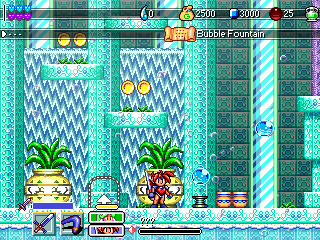 The newest stage in the lineup is Bubble Fountain. This area is one of the last in the main stage lineup with a focus on water-based gimmicks and freely choosing how you take the dungeon on.

After all this time, one thing has not been revealed yet, and that is the villain. The villain has indeed been in development for some time, so stay tuned for their reveal coming sometime in the near future. 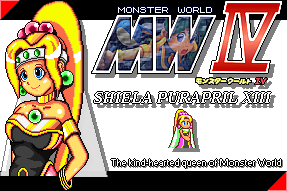 Lately, I've been experimenting with pixel art a bit and the one you see above is my very first attempt at transforming one of my drawings into pixel art. The reason this is crucial is because I'd like to make more original assets for the game in some way. Not only that, but it will help when I fully return to another project that will use the same style for the original characters created by other users here.

As of now there are well over 50 Realms in the game. For those who are new, Realms are stages scattered across the world that operate in a mission/mini game fashion, but can also be a regular "reach the goal" area. Missions themselves can range from things such as collecting an object, racing against time, or simply showing the audience you know how to perform a character's various moves.

Realms are completely optional, but they hold an essential part of getting stronger in the game and may also hold other bonuses such as life drops or treasure chests. Be sure to look out for these if you want to experience the game in its entirety. 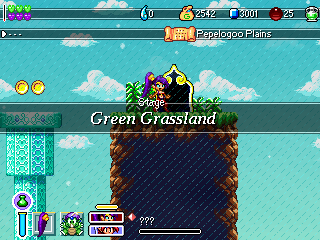 An example of a Realm Gate

In the last month or so, I've been wondering about how to get the community involved with the game in some way. It will depend on how I lay things out, but a few things I've been wanting to do include the following...

One thing that has been on my mind is how to make patches and add some DLC to the game without corrupting the save files you have. Though, if I'm not able to do so, I'll create a cheat system in which you can get stuff with cheat codes. As far as planned DLC, so far you have the custom HUD style edit. There are some costumes planned, but those will take a while to implement due to each character's vast array of sprites. Some new realms will probably be made post game too. Any extra realms however, will most likely be put in an area that has nothing to do with the main game, but as something you can play for fun.

Before wrapping this up, I'd like to say thank all of you who have supported the game so far and will look forward to the final release. I really enjoy making this and I strongly believe it's building up the necessary skills needed to complete other projects.