Greetings to all! Today, I have come with an update regarding the first extra character to be added to the playable roster along with some other information regarding DLC. I'd like for this to be short and sweet, so without further ado, let's get started!

Our first DLC fighter goes to no other than Shion from the 1991 Sega Genesis Classic, Wonder Boy in Monster World! It is the fifth Wonder Boy title in the series and the third Monster World game. As this project primarily celebrates side-scrolling action adventure titles with RPG and platforming elements, it would have been a "sin" to not include him along with the other color-blasted characters represented. 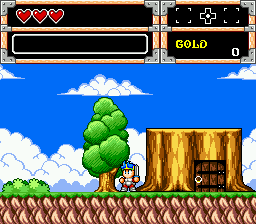 With a solid art style, equipment-based gameplay and a decent-sized world full of adventure, Monster World III is one of the series' finest titles and was the primary inspiration for the blueprint of Monster Boy and the Cursed Kingdom.

How Does Shion Fight?

Before you simply pass Shion off as "another swordsman", most know that as long as you do something unique with them, they're always welcome additions. With that said, Shion's abilities are completely different from Asha and the others and he might just be the one of the most versatile and powerful characters in the entire game. I'll explain why with his unique moves.

Since Wonder Boy characters in Monster World 1, 2, 3, and Monster Boy always hold their shields up similar to Dragon Quest characters, there is no need to block manually. This means that he is able to avoid most damage from projectiles simply by standing there. This also means that physical blows aren't effective against him either as long as the attack hits the shield before it hits him.

Shion is able to switch between five magic abilities based on the original game. These spells include Firestorm, Quake, Thunder, Power, and Shield. In other words, he has two screen nukes, a homing attack, and two moves that focus on buffs. One of the most special of them is Shield because it grants invincibility for a short time, but uses all Action Points to avoid abuse of it. 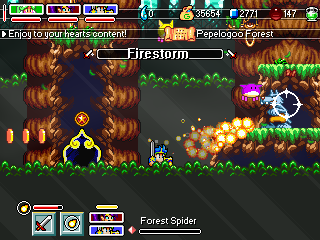 If you've played the original, you know that Shion does not only use swords, but various spears too. He attacks normally in a wide range and can poke enemies at a distance while ducking, but if you hold up while grounded, he can perform "Spear Twirl". Spear Twirl allows him to not only do damage, but it also reflects projectiles that are both in front of and above him. 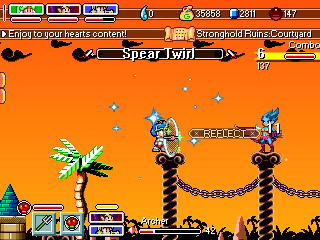 No, not literally! What this means is that because of Poseidon's trident, he can freely breathe underwater such as characters like Zero, Sasuke, and Shantae's mermaid form. 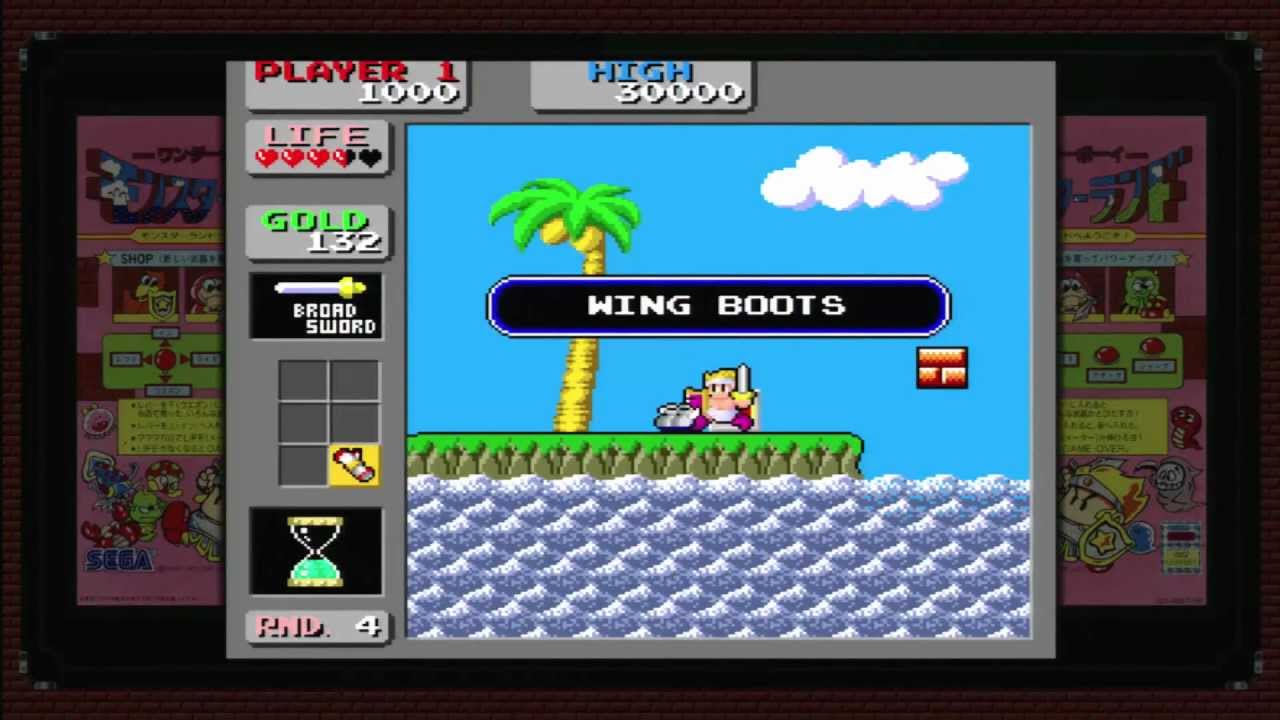 Within the Monster World lore, there is a pair of boots called the "Wing Boots". With the Wing Boots equipped, any hero is able to slowly descend by holding the jump button while falling. While this ability is not in Monster World III, it has been pulled from the first MW game to pay tribute to that aspect of the series' equipment.

Similar to other characters, while grounded, Shion is able to dash in the desired direction to enable fast speed during situations. Since Shion is a legendary hero, he would need to be equipped with the best gear and abilities around to make sure he's ready to take on the task ahead.

What's Up With DLC?

If you've been following this project for a while, then you are aware that DLC is now possible for all of my projects since I no longer use the very flawed built-in save system for Game Maker. This means that new characters, levels, scenes, and much more can be added without any penalty to your save files as long as all the variables are correct. Doing so has opened massive doors to what kinds of things can be added and other games can even interact with each other's save files.

If you are playing the game now, that is a good thing because you'll need a clear save file to access some of the content that is coming in version 2.0. If you're waiting, that's completely fine however. Just remember, that when you have completed the game, be absolutely sure to keep your save files and make sure your master save is in slot number one. This is because since other games can read another games' save files and look for variables, then you'll earn some goodies in other projects as proof that your file is legit(at least I hope...).

As you all may know, the game has received updates here and there for various things and has fixed a handful of variable bugs that were my fault for not reading them closely enough. But, thanks to a certain individual who has been helping me left and right with finding things, the game has been rescued in that regard and I'm completely thankful for their assistance!

If you haven't already and your version still says version 1.0 for some reason, be absolutely sure to update your game to avoid some oddities that have already been ironed out in 1.4.

With our new, powerful fighter in the game, I've been thinking about doing a small demonstration with him. I am certain he'll be useful for both newcomers and experts alike.

That is pretty much all I have for you all today. There is still a large chunk of extra stuff in development, so I hope you all look forward to that as well as the tie-in saga of Monster World Legends. There's so much more I want to discuss, but I'll save some stuff for later. I hope you all are staying safe out there and have a wonderful day/evening. Until next time!