Hi all! Today, I have come with information regarding version 2.0 of this project. I won't be long, so let's get this show on the road!

7 Areas Have Been Added

While the base game has plenty to explore as it is, Some small detours, new areas, and more have made their way back into the game. As of now, a total of 7 locations have been added to the world map. This includes... 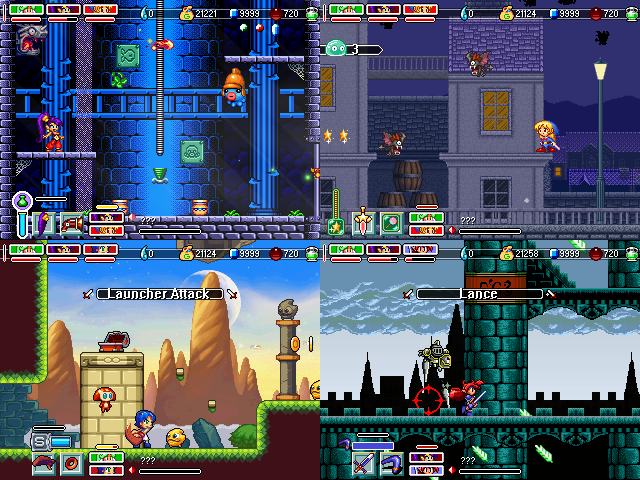 A few more areas are in development also, but the cameo ones are essentially dying down for now simply because I believe the seed has been planted in some players to play some of the games this pays tribute to already. Over time, a good handful of individuals have expressed how this has sparked interest in them to play games such as Tales of Phantasia, Monster Tale, Popful Mail, and much more! Since that was one of this project's primary goals, the fact that it's happening now makes me incredibly happy.

Extra Scenes and Scenario In Development

To add on to the previous note, in honor of adding all of this new stuff to the project, extra scenes, chats, and the Otherworldly Staircase scenario is now in development. Level design is the #1 thing that takes the most time to create due to how many steps go into crafting each and every screen. Once that's done, cut scenes are added to them if they're needed.

Character development and interaction is one of the top things I adore in RPGs and games in general, so this is my second favorite step in the process. While there are over 100 scenes in the game(I think), adding more of them to flesh some things out will be a fun process. So, when this releases, be sure to explore the world map again to find new events!

In my opinion, a game with this much combat in it would not be complete without some kind of enemy gauntlet. So, there are now two of them. The first one is Subterranea, which is the underground monster fortress in Monster World 4. If you had the chance to view the epilogue before, it was only a single screen, so now, it's a full-blown combat-based dungeon.

The second gauntlet is the game's current ultimate challenge where you will be blasted with over 60 rapid-fire challenges based on a combination of both new and scrapped rooms that have been in the game's database since the very beginning. On average, the challenge can take over 20 minutes and is sometimes filled with merciless missions, so before you enter it, you will indeed need to prepare the best that you can. Those who make it to the very bottom can truly call themselves a master. 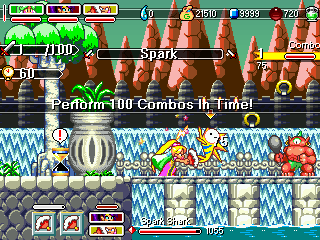 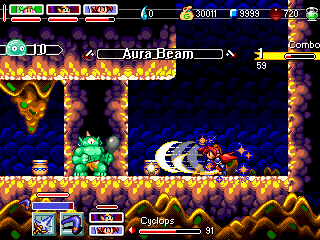 If you have been playing for a while, you may have noticed that a majority of your post-game Synth Crystals are gained by fighting at the Colosseum or Combat Simulator. This was designed specifically to train you up as a better fighter and prepare you for what is yet to come. However, once you clear all 103 skills on the grid, there's nothing left to upgrade...or so we thought.

In version 2.0, several new skill grid nodes are being added that will give a grander purpose to things such as combos and full HP status. However, many of them are expensive to activate, so be sure to stock up plenty of Synth Crystals by fighting lots! This means you'll likely be at Lv.200 and up. 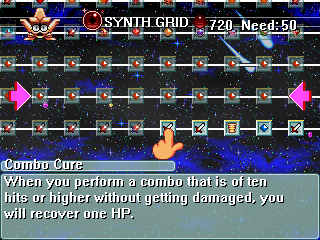 That's about all I have for you all this time around. There's more I want to discuss, but I'll save it for next time. This is likely one of the final blogs before 2.0, so we're essentially getting very close to the release. Working on this has been a pure joy and hearing feedback from both veterans and newcomers has been awesome and very helpful! I hope that the 2.0 package will enhance this even more, so stay tuned! Until next time!