Synopsis
Join Amalia, a tracker from the simple orphan colony of Tulron, as she discovers the veiled world of Alcuria in search of her friends.

Legacy Synopsis
In Starless Umbra, you play as Andoru in a quest to attempt to return home to save your sister after bandits raid your village. This simple task complicates itself quickly, as a strange phenomenon leaves you not only away from your village, but with little direction in a completely new continent.

As you travel, you'll learn the people around you aren't what they seem, and ties begin forming between yourself and others as your past is revealed. Unfortunately, no one can answer the simple question: "how do I get back home to save my sister?"

Hello! Can you believe it's February already? Hope you're doing well. As I slowly move forward I wanted to share what's new, hopefully getting into a cadence of updates every month or two.

Before that, I wanted to express my sincere gratitude to those that played last month's prototype. Specifically from RMN, Darken, Zaeran, Aldu, and Zion you guys all gave me solid feedback I've taken to heart moving forward. I think it confirmed a lot of my assumptions (AI should be smarter, tutorials and input could be improved, puzzles are buggy, battles are frustrating.) and also opened my eyes to some questionable design decisions. All in all, for such a rushed release I feel confident with some polish this is something I'm happy to continue working on. On to new stuff.

Content-wise, I've been chugging away on maps. The first major village/hub is in-progress. This will take some time to flesh out, as the asset need for faces increases exponentially here. (Two new characters as well as several basic NPCs are introduced here.)

I've also done maps/cutscenes for the intro sequence of a new character and mapped out the second dungeon. 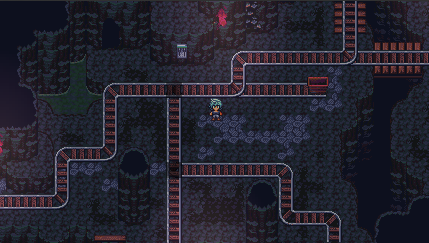 If you've played previous iterations of SU I'm sure you can guess what's next.

To speed up cutscene implementations, I spent some time creating tools to debug and modify events on-the-fly. 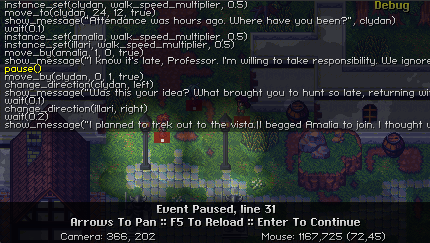 The top console displays the current state of event execution. The special pause() command is used in event scripts as a sort of breakpoint to modify and reload the current event. Additional debugging info is shown here so I can easily test different camera positions and find out where characters need to move to. I might expand this later on to allow stepping forward/backward through the event timeline, but as-is this should speed up cutscene implementation significantly.

Up next I plan on fleshing out the village flow with more cutscenes, small sidequests, shops, villagers, and of course fun banter between Amalia and Illari. After that, the second dungeon needs monsters, cutscenes, and a couple final maps.

Thanks for reading. Moving forward, progress will slow as I adjust to getting back into a schedule of fulltime work + parenting. I do hope to continue the momentum of working in bite-size daily chunks if possible to keep on track. Before you leave, I'd love to know: what tricks do you use to keep focused on your projects?

P.S. Shameless plugs for twitter and discord.
Drawn by keifurisu

author=Zadok83
This game is GREAT! It's definitely among the best RPGs I've ever played, indie or mainstream. The minigames are so fun, but it's a shame that there are some you can't play but once. The game isn't finished yet and it has HUGE potential from what I've seen. I was sad to see "To be continued" but I know that the best is yet to come. I can't wait until this game is finally completed!

Thanks, I'm glad you like it. Despite some of the game's issues which will eventually be addressed, I am glad you see potential.

FYI there will be some sort of arcade in the future where you can revisit all of the game's minigames and puzzles from one location for prizes, etc. (Like Gold Saucer from FF7.)
KnightSaziel
0

By the way, I think I found a small bug: I can heal a bleeding character for free by equipping and unequipping the Mindwrath essence instead of using the bandage on them.
dragonheartman

author=Melkino
I got to the end of the demo a little while ago. It was so much fun, and I'd love to see more! :)
The variety of sprite poses were really cute, and the puzzles and minigames were enjoyable too.

By the way, I think I found a small bug: I can heal a bleeding character for free by equipping and unequipping the Mindwrath essence instead of using the bandage on them.

Leave it to RM2k--thanks for pointing this out! haha. I will likely think of some workaround eventually! 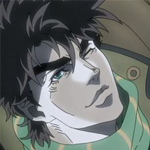 unfortunately I now have a Mac and haven't touched any RPG makers in about 5 years. kind of a shame. I kind of miss it. but I wouldn't have the time now anyway.

I don't remember why I still post here, even.

what day is it?
dragonheartman

Close
03/01/2011 01:12 PM
This game looks really similar to another one I tried a few years ago, but that one was named Dragon Heart.
Many of the details on this seem to match up, so I suppose it just made a title change.
Even your username seem to imply something. ;)
Peaceful_Chaos

Nah, I just changed the name so I could be a bit more original and nab a domain.
Strangeluv

Close
03/05/2011 09:00 AM
Meh, I was hoping that your download would have the music files in em... I love editing midis with FL Studio and making them into epicMP3s....
dragonheartman

author=Somaru
Meh, I was hoping that your download would have the music files in em... I love editing midis with FL Studio and making them into epicMP3s....

Me too! Email me and I'll send you any you're interested in editing.
Tyranos

Close
03/30/2011 09:37 PM
how do you get through the catacombs? I may have an older version of the game where this is fixed. Also, what level do you have to be to defeat the dragon in the mountains, and who has to be in your party?
Justicelord

Close
09/16/2011 01:51 AM
easily my favorite indie rpg game whens the next update planned for
dragonheartman

Thank you! Umm a couple months or so. Maybe Christmas? I'm not really sure. :<
JoshAgulto