3 reviews
Bugs are bad! But no game is completely free of them. Please submit any bug reports you may have here. Please include a detailed description of exactly what you were doing to trigger the bug, and if at all possible, a screenshot of the error message received if the game crashed.

Close
06/06/2015 02:51 PM
I want to download the newest patch and patch it into my folder, but I'm afraid I'd have to start over from the beginning. Not so sure I could get that Genji Glove again lol. Would this happen or can I continue from my save?
RydiaMist

Close
06/06/2015 03:03 PM
Your saves should be perfectly fine, I made sure saves wouldn't be affected by anything in the patches. Should be no issues updating. =)

What causes save files to have a problem on most updates is when scripts introduce new variables, but they are only initialized on a new game, so saves don't have them... and thus the game crashes when the script asks for something that doesn't exist in the save. What I do when that happens is just edit the script to initialize any new variables the first time a new method is run so that save files will now contain them. It's really something scripters should do when updating their scripts, but I find that most don't for some reason.
minotaura 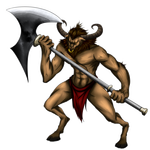 Are you sure? I think I got the same, just the black screen last ridiculously long before returning to normal.
RydiaMist

Close
06/09/2015 04:13 PM
Sorry for the trouble! Does it happen after the event or before? I just tested the event and it seems to be working fine for me. If you could send me a link to a save file I could have a look for you.
kenlan
492

Close
06/09/2015 08:49 PM
When i went back to
Show
Garudas Peak and was trying to use the teleporter again.It is just a black screen and the moogle who says:chose a scenario kupo.I have save files so no big problem really,just little strange and maybe should prevent it from happen. (again)
wotgAshiee Oh that's no good, we will have a fix for that later tonight, thank you for letting us know!

Edit: Nvm if you read what I last wrote in the edit, I know whats going on. Thank you for letting us know!
minotaura

Close
06/10/2015 03:38 AM
@minotaura: I found the problem, and have fixed it in the latest patch, which has been posted. You should have no trouble using the inn now. Sorry for the trouble! What was happening is that there was a brief event you could see earlier in the game that would not make sense later on, so I made the event not play... but I forgot to change the trigger in the Inn, so it was sending you to a screen that would never fade in.

Don't worry though, the event is just a little dialogue and has no effect on anything... it just wouldn't make sense at the point you're at because the topic of the conversation has been resolved in the story.

@kenlan: Thanks for the report! This issue has been fixed in the latest patch as well.
JoeFatherBr

After the update entry 1.42 and now also with the 1.43, I checked the error message image attached when a Game Over, either with common enemies or a boss.

Once you give a carriage return, he goes to the title screen.

This error started after some update, I believe, because I had the "pleasure" to take a game over there early in the game, the time to test the difficulty, and on occasion appeared to Game Over screen correct.

Close
06/10/2015 09:25 AM
Oh, that's not an error, that's the game over screen. It's a joke based on both the fact that the game has ties to FFXIV which is a MMO, and also to what happens if the heroes of the game fail their quest. I'm sorry it alarmed you, but there's nothing wrong. =)

Thank you for reporting it though!
JoeFatherBr

author=RydiaMist
Oh, that's not an error, that's the game over screen. It's a joke based on both the fact that the game has ties to FFXIV which is a MMO, and also to what happens if the heroes of the game fail their quest. I'm sorry it alarmed you, but there's nothing wrong. =)

Thank you for reporting it though!

Close
06/10/2015 06:48 PM
Hoping this isn't another dumb error on my part, but...are magicite stat boosts supposed to happen every level? If so, I think they aren't working correctly on out-of-party members. I have Carbuncle on Orophin and he's not in the main party right now, and when he leveled up he didn't get any spirit.
RydiaMist

Close
06/11/2015 10:27 AM
I have found the issue. Stat gains are working properly even outside party. The problem was with the display in the level up screen. I had it set to displaying base stats rather than adjusted stats, so if the character didn't naturally gain a point that level, it would show as no gain. I have changed that and now the victory screen will display the correct stats. Sorry for the trouble, but your stats themselves should be the right numbers.
CCM

Close
06/12/2015 08:26 AM
Hi.I wonder if its a bug with the weapons
Show
Orophin Hits 8 times with Excalibur 2 och Illumina,crystal helm and armor and Genji Glove and Offering

EDIT:When i find the
Show
Demon band it doesnt show up in the items.
RydiaMist

Close
06/12/2015 09:21 AM
@Ceodore411: Thanks for the report! I had accidentally commented something out while testing for bugs and forgot to fix it. It has been fixed and will be in the next patch, which should be up in a bit.

Demon Band is actually mislabeled in the database, that will also be fixed in the patch today. You do have it, but it's called something else at the moment... try looking for Ancient Aroma. Thanks for the report!
CCM

My game just crashed (error in the sideview script) when I tried to have Elysia attack while wielding the slingshot. Even the game doesn't know how to handle a slingshot firing arrows!
Pages: first prev 1234567891011 next last