Latest Patch: 1.69. If you have an earlier version, please download the latest patch as soon as possible.

The download has been updated to version 1.69. It includes all fixes up to this point. There is no need to re-download if you have patched in the fixes separately.

You know that game many aspiring devs create? The one starring their friends, often times based on a chat room, or some forums, or a MMO... or perhaps a fangame that barely resembles its source material. The one that gets maybe a half hour of gameplay finished and is completely unintelligible to anyone except that group of friends. Yeah, that one. Now, what if someone actually saw that project all the way through, and attempted to actually make it a fun, accessible, and playable game that was faithful to its source material?

Enter Legend of Balance. This game originally started out as a fun little project for friends, starring characters from Final Fantasy XIV. Over time, and with a ton of effort, it changed into a complete game of its own. It still stars our characters, and there are still a few injokes, but the plot has been set up as such that any Final Fantasy fan can get into the game and enjoy it as a light hearted Final Fantasy romp. Players of FFXIV will find quite a bit to enjoy as well. The story of the game takes place inbetween the end of FFXIV 1.0 and the start of A Realm Reborn(if you haven't played FFXIV, this part probably doesn't matter, and the game can be standalone).

The game revolves around a group of heroes, champions of the realm of Eorzea. In the midst of an intense battle to decide the fate of Eorzea, the heroes are transported away before facing certain death at the hands of Bahamut. Finding themselves separated in a brand new world, the heroes begin a journey to reunite and find a way home. However what starts off as a simple quest quickly unfolds into a classic journey of crystals, great evil, and steadfast allies. Before this adventure ends, they will discover the truth behind this strange new world, and uncover the binds that tie it to their own home and beyond.

-30 to 40 hours of gameplay, including a multitude of sidequests.

-Enjoy a faithfully recreated Final Fantasy battle system. Everything is as you remember it from the classics!

-Utilize classic abilities, including commands such as Jump, Runic, Blitz, Mime, Throw, Mix, Blue Magic, Dualcast, and much more, along with new commands and abilities based on other games in the series, such as Draw Out from Tactics.

-Equip Magicites to gain access to powerful summons and customize your stat growth.

-A huge cast of unique playable characters, including several hidden ones.

-Find and use faithfully recreated equipment. Favorites like the Ultima Weapon, Illumina, Brave Blade/Chicken Knife, Offering, and much, much more is all here to find and use to become unstoppable!

-Dozens of sidequests ensure there's plenty to do, with no need for excess grinding.

-Face off against familiar foes and brand new ones, including a nostalgia filled bonus dungeon for those who complete the main story.

-Facing a foe that your current party can't handle? Switch party members anytime, even in the middle of a fight!

-Buy rare and unique items at the Auction House, and battle in the Colosseum!

-Take part in minigames, including fishing and an arcade-style airship shooter.

-Customizable Battle Speed, Battle Mode, and Difficulty will get you the experience you want, be it tough as nails or a more relaxed game.

First off I want to say thank you so much to everyone who voted for our fangame in the Misaos! We won in a few categories and got pretty close to winning in a few others. I was very humbled by all of your support and am very grateful as well. I know Rydiamist feels the same way, So again thank you everyone! Your support is huge motivation booster to get stuff done on our next fan game!

Rydia has been working on making a small little bonus to the game to celebrate getting 5000 downloads! I personally have moved away from working on Legend of Balance other than looking into bug reports we get here and there… but I that doesn’t mean I don’t have something new to contribute to it as well!

I have been spending a lot of time working on our next Final Fantasy fangame, making sprites, looping music, making maps and tilesets, all sorts of fun stuff… but in addition to that, I have been trying to recreate some cool Final Fantasy animations in RPG maker. Let me tell you guys something… I HATE RPG makers animation editor so much, it is so hard to work with… but you have to do what you have to do.

One of the animations that I have been working on has been Fenrir. Now, I always thought it was strange that Legend of Balance didn’t have a Fenrir Magicite since (spoilers) you fight Fenrir in the game. However! For the 5000 download patch, I would like to present to you, Fenrir's Animation~!

Now i’m off to slave away on our next fan game!
Party menu.

author=magnaangemon01
Download doesn't work. All I get is non-ending captchas.

Yikes, I'm sorry! Try the mirror? If that doesn't work for you I will get another up.

To anyone else having trouble with Mediafire, go to the Downloads tab and try the Mirror link. If that has problems too, I'll get another Mirror up as soon as possible. Thanks for all the interest! author=magnaangemon01
It's not showing me any mirrors. Maybe it's just me.

Hmm, I will take a look and make sure that the mirror link under the Downloads tab works. In the meantime, I will send you a message with the link to the mirror, and if that does not work we will see what we can do!
Orophin
150

Close
05/28/2015 06:49 PM
Mediafire link is working for me. It might be a browser specific issue. Entered the captcha code and the download link popped up and worked.
kenlan
515

author=kenlan
EDIT:Now its working.I dont know what it was.Gonna be really fun to try this game out.

Hello.
Extract failed,again and again? why?

Close
05/29/2015 02:26 AM
Rebel: Unfortunately, after extensive testing the only solution we've found to be able to alleviate that issue is to just restart the game. We squashed the major memory leaks but that was one of the only things we weren't able to figure out how to fix. After about 30 minutes or so it just starts lagging out on the world map, and in extreme cases, in towns. A fresh load of the game clears it up though.
rebel1223
0

Close
05/29/2015 03:08 AM
I will have another look at the world map. I think all of the testers had pretty beefy PCs so might be that we did not notice how bad it actually is. That said I already have really aggressive antilag going, so I"m going to see if maybe there is an errant event somewhere. Thanks for the heads up!
rebel1223
0

Close
05/29/2015 05:23 AM
It may have something to do with the party all in a line? I know next to nothing about RPGMaker, but I have noticed it going a bit faster when on a Chocobo or similar.

Although saving and exiting solved the MAJOR slowdown I was having!
RydiaMist

Close
05/29/2015 06:15 AM
I think it's related to the mode 7 script for the airship. Removing that seemed to stop the fps from going down, but unfortunately the game kind of needs that script, so I'm seeing what I can do about it. ;;

I'm glad that restarting the game fixes it though! I'll keep trying to figure out a better fix, though. Thanks for playing. =)
kory_toombs

Can someone zip this and put it in their locker. 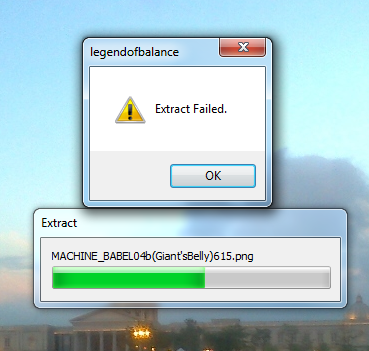 Close
05/29/2015 09:05 AM
I'm sorry for the trouble. There is a mirror link, but I think I should probably swap them around because Mediafire really seems to be giving people trouble with the stupid captchas. I think I may also just put up a version in .rar or .7zip format to avoid RPGMaker extractor problems as well. Thank you for sticking it out though!

EDIT: Let me get a .rar up right now. I'd put it up on the site but I am pretty sure the download is too big.

EDIT2: Uploading a version in a rar to my google drive, that should be hassle free for people while I work out a better link.
RydiaMist

Close
05/29/2015 09:23 AM
Those of you having issues with the download or extraction, please use this link for now, it contains a version of the game in .rar format, so it should be totally hassle free to download and extract.

Sorry for any headaches the other downloads have caused. ;;
kory_toombs

Awesome, glad to hear it. Sorry for the trouble with the old one.

On that note, the download has been updated to Version 1.1. This version has the world map lag fix included, and is hosted on a different service for easier downloading(unfortunately, this reset the download counter, boo). It is also in a .zip file, so it should be completely painless for anyone to extract and play. Thanks for being patient, everyone, and I hope you enjoy the game! =)
ChrisMastery 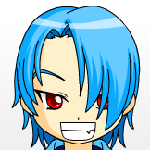