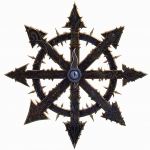 Tales of Yuria: The Dragon God

How Did You Play?

04/13/2019 10:17 PM
1) Larrenburg: Did you cause havoc around the village before meeting the lord and his wife (kill any of the farmer's sheep and/or burn the plant)?
Crime doesn't pay, the flower was an accident.

2) Grugg's Lair: Did you rescue Sir Lindsey and Reginald? If you did... what was the outcome?
I tried, but they went to Heaven.

Bhakul Cathedral:
A. Did you give the mage at the Crossroads a Sun Sapphire?
I missed him.
B. Did you rescue Silent Child?
It was sneaky of you to put two people matching that description.
Show
I guessed wrong.
C. Based on the above... what boss battle outcome did you get?
I fought only Bhakul. Who would have thought failing a quest would be a good thing.

4) The Dark Forest: Did you find the Eastern Tower? If so... did you help defend it, or leave Gilmund to his fate?
Saving him was probably my favorite part of the game.

5) Winberg Hall:
A. Did you get thrown in the dungeon? If so... how?
Kit's sacrifece will be remembered.
B. Did you allow Niall (the son) to join you? If so... did he survive?
I did promise his dad to keep him safe.

6) Did you find the innkeep's daughter, Kaity? If so... did you help her?
I was really tempted, but I saved her.

7) Did you get any assistance with Cinder at the very end?
Gilmund came to my rescue.
Show
Though it was funny how Cinder counter attacked sir Edwin when shot with arrows.

PS If you want people to chose the different options have pros and cons for all of them.

Tales of Yuria: The Dragon God

04/10/2019 06:42 PM
Just finnished the game and overall I enjoyed it. It was great to see a party that doesn't pay cheap compliments to each other 24/7.
For your next game I think it would be better to have a few really cool battles like Cinder and the tower defence, rather than all those mob encounters, I feel like they just artificially lengthen the game taking away from it rather than adding anything of value.

09/23/2017 04:12 PM
For the optional boss how about a special snowflake wizard who managed to twist his soul in the shape of both Light and Darkness at the same time or can switch at will?
He can be some legendary figure or just a crazy hermit.
Pages: 1