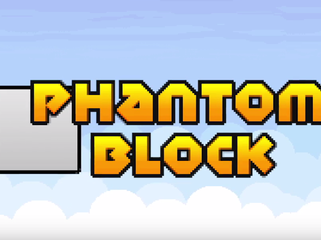 If you choose to play test my game, I will give you a credit in Special Thanks when it reaches submission. (I may also tip money in bitcoin or paypal to people who write in depth critiques.) After playing the game, answer these questions:

1. What was your playtime?

2. What do you think of the main premise?

3. What do you think of the aesthetic?

4. Was the games difficulty ok?

5. How was the soundtrack?

6. Can anything be added or taken away?

7. Did you go to the Tower of Dawn first or the Tower if Twilight?

8. What classes did you use?

9. Did you ever feel the need to switch classes?

10. If you were given the game file, how would you change Sunsong?


If you decide to play test, please post. Thank you very much, and I hope you enjoy your adventure!

You Let's Players are doing it wrong

Try screenshot lets playing them instead

The point of the game is similar to the old "X Games in One" type thing that were sold back in the NES days. A few, short scenarios, all RPGs, self contained stories put into one download that can be played in a short time, usually less than two hours.

Quick Quest itself seems to be divisive, from what I've gathered. The review on this site ( http://rpgmaker.net/games/3529/reviews/1628/ ) seems to be positive, while a review on a different site ( http://www.rpgrevolution.com/review/2120/465.html ) calls it essentially soulless.

The idea I have now is to remake the game in RPG Maker VX Ace, adding new scenarios and features, while cleaning up the problems that reviewers said I have. For this, I'll need beta testers and gameplay developers so that the game itself isn't boring. If a game isn't fun, then there's no point in playing that game.

I'm especially looking for are ways to spice up random battles and boss battles so that they don't become tedious.

I could also use a writer to add character to the world. These scenarios are supposed to be reminiscent of 8-bit era RPGs, so not a whole lot is required -- and to some extent, I think the reviewers didn't catch on to that fact, but I also think my world is kind of boring.

For anyone interested, post in this thread; we'll find time to all work together. Rewards for this include getting posted in the credits and an easter egg, if you want to put one in there.

I do have a (buggy) conversion to RPG Maker VX Ace available; the project itself still needs to be worked over in the transition, but the maps are all available, and so are the events.

Needed: A writer and about ten beta testers

05/25/2012 10:13 PM
Since my games seem to have this problem with poor writing and boring battles, I'm going all out on this next project in RPG Maker VX Ace.

I need a writer, and I need about ten beta testers.

We need to have at least one day a week where we can meet at the same time to discuss changes. Each person on the team will be afforded a copies of the game at all points in development and are encouraged to share concerns and voice things before release. A simple "it's good" is not feedback.

Writers, I am open to any story you would like to write. Here's one I came up with that you're free to expand on, but I am willing to create any story. http://pastebin.com/bNzGwBHx

This is a game created from scratch, so I don't have much to offer other than this screenshot of a world map I made:
http://img833.imageshack.us/img833/3483/worldyy.png

Your rewards, first and foremost, are credits, and any input on the game. Also you can get your own secret cave somewhere if you wish, or other little easter eggs you'd like to put in there. Your little flare is something that can easily be made into the game, and it'll only take a day out of the week.