Close
Games inspried by love is our motto. 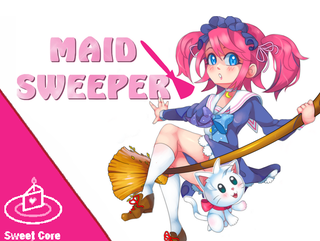 author=Lily101
I can send them, where would you like them sent too?

shakeshakesushibi@gmail.com if possible? Thanks so much!

10/26/2022 08:35 AM
I'm so happy you liked the game as for now I don't know how to organize the games files to be more organized sadly Could you please send me the safe files if I could take a look at them I will be able to fix the Black screen issue.

That´s odd I did all the testing like that too.

author=Lily101
Hello! I've managed to take out the knight, I actually did it a few weeks ago but didn't get the time to reply. I've also sorta beat the game, however I have run into some issues. It took me some time to defeat the dragon and the final boss. When battling both more then a few times the screen goes black, the game is still running but I can't see what's going on. It's even happened during battles. I just finally defeated the boss today but the screen went dark after the small dialogue. So all I ended up hearing was a kissing sound effect. Is there anyway to get past the dark screen issue?

I´m very sorry Lily thank you for your patiance
I updated the game I wonder do you open the game
freom the RPG RT file or the Play Maidsweeper File?
Because in my testing I always used the widescreen version.


Thnak you so much for playing Lily!

author=orochii
Ah yeah, that's a known issue, that happens if/when you fish without a bait. Someone (me) forgot to catch that case. >.<

For now just make sure to have both fishing rod and bait equipped. An update will exist... soon-ish (depends on Ozzy, not because his fault but because I leave all decision making to him because I'm evil >:D).

Now I will add a bait and try again thanks! c:

This always happens when I try to fish did this ever happen to you?

author=Lily101
Love the game so far. I am having trouble with the knight, I assume you are suppose to sweep the dirt at him to defeat him? But I keep failing too do so, he's a hard enemy. I do wish there were a checkpoint before him.

I added a checkpoint there it was not a good idea to put a didfficult miniboss at the end of a difficult level thank you so much for your feedback it´s super much apriciated you made the game a little bit better!
Pages: first 12 next last