Not only did it introduce me to some rather inconceivable thought patterns at times, this game presented me with "Woman Reminiscing" by Ravi Shankar, a song I return to time and time again. Absolutely perfect soundtrack!!!!
shayoko

Close
09/04/2013 03:06 PM
plot wise its so morally wrong im speechless
but...theirs still a dark side to me (and anyone that likes or even plays this)
that had sometimes thought why dont we ever get to play the villian?
or the monster? or the murder? or the guy trying to take over the fing world!?
we always play some cheese ball hero in high school even that for some stupid reason has to stop someone from taking over or destroying the world

so ill try this and join the dark side for once :D
shayoko

I am sorry for bothering all the time on this forum :)
But I am a big fan of all yours games.

Can you write what exacly was inspiration for SadForSobbers.com, please? :)
calunio

I am sorry for bothering all the time on this forum :)
But I am a big fan of all yours games.

Can you write what exacly was inspiration for SadForSobbers.com, please? :)

Bother me all you want!
The inspiration for sadforsobbers.com was mostly RMN, but countless other forums I've been part of, most of them RPG Maker ones, but not exclusively.

Unlike some people said, though, I never meant to compare making and playing games to torture. Having an online forum was just a way to make players relate more to Verge.
ShinigamisApples
0

Close
02/06/2014 12:06 AM
Excuse me!! I've had somme difficulty in playing this game! In the dungeon some tiles tell me to press buttons one and two. however, doing so causes my computer to switch tabs! Any suggestions? Please? I'm assuming it means to press the number buttons 1 and 2 right?
calunio

Close
02/25/2014 01:18 AM
I'm not sure how I feel after playing this. Course I did play it all the way to end so... Although I will say I did try to go easy on the people I had to torture before the story events. But I went all out when it came to Daily. Giving (her?)him a taste of his own medicine. I guess it was kind of fun to play the villain for once But like this...Er... it's amazing the things I stumble on from the front page. Originally came here from Suzy and Freedom and decided to check out everything else you had. You got a talent for stories I wanna say good sir :P

Edit: Omg I just realized Verge puts tortured people to the point where they are on the Verge of death. Heh.
X-Tech

author=Liberty
Since playing this game (when it was first released here) I can no longer listen to Mad World without being reminded of it. Damn you, Calunio! :<

author=El_WaKa
I liked the concept, a torture simulator, but I don't know, it's like is missing something, like it could have been better...


I never thought that the gameplay was the most important part of the game; I found it interesting because there are so many ways to de-construct the storyline and characters.
CashmereCat

author=El_WaKa
I liked the concept, a torture simulator, but I don't know, it's like is missing something, like it could have been better...

I never thought that the gameplay was the most important part of the game; I found it interesting because there are so many ways to de-construct the storyline and characters.


Yeah, the gameplay is frustrating. But the opening cutscenes and the general atmosphere are harrowing :)
Pulits 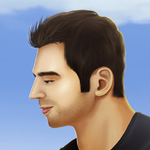 This is, for good or for ill, like Super Columbine Massacre RPG and the same dev's Polymorphous Perversity, one of the most well known RPG Maker games OF ALL TIME.

Not dissing D:BE or Calunio, by the way, so no one take it that way. If this game's download count was 1/100th of what it is and it had 9 subscribers and not 90 I'd probably be championing it loudly as we speak. Anyone who has played Chapelwaite knows I can certainly appreciate fucked up shit.

I just seem to be having some trouble understanding the purpose of the Featured Game...feature...and the decisions that are made in relation to it. When you get your game featured there's a pretty huge boost in download count so if number of downloads is either not considered in choosing the featured game or if having lots of downloads already actually makes your game more likely to be featured...that seems to me like kind of a closed loop/feedback loop/catch-22/vicious cycle/pick your favorite expression for the idea you know I'm trying to put into words.

(I'm not obsessed with downloads. Really, I'm not.)

EDITE: And um, if this was actually featured before then yeah that's...that should DEFINITELY not be happening. Definitely. I don't remember one way or another, I think I was on an "off of RPGmaker" period of my life when this game was new and when I got back to the scene it was hugely well known.
Kylaila

Close
10/02/2019 02:53 PM
It's a fair point, and while games do take a certain popularity to garner attention, I believe a lot of the featured games did not require it.
Basically, if featured games are games you should check out and are worth playing, why deny a game simply BECAUSE it's well-known? That's the thing. It is one of the most recommended around random sites though, so, I agree it didn't require it by any stretch of the definition. I do believe it deserves it though.

Also having lots of downloads is not usually what is the main thing (see Pom Gets Wifi hah). If you know good niche games, recommend 'em on the boards tho.
calunio

The "this is too popular to be featured reaction" both flatters me and amuses me.

But I can explain why it doesn't feel redundant to me at all.

Beautiful Escape: Dungeoneer was my entry for RMN's own Game Gale 2010. The event's theme was "Escape", and we had two weeks to come up with something. I basically dropped all my non-mandatory activities for 2 weeks and worked an average of 12h/day on this game to finish it in time. I made a few games before and a bunch after this one, but I can honestly say BE:D is my favorite and the best one.

Yet, it didn't even get third place at the event, and it got a whole bunch of negative feedback, including a 1.5 star review at the time. I got extensive praise from outside sources, but internal comments gravitated to "this game shouldn't even have been made".

I don't know that PP is the most well known RPG of all time, but I do know that my games have earned some popularity over my almost 20 years of game making. Yet, I've been on this site for almost 10 years, this is the place where I effectively launched myself as a gamedesigner, and it's the first time that one of my games is featured.

If I could, RMN would be my HQ for everything game-related. Sadly, among my most popular games, one is too sexy to be in this site, and the other was taken down for legal reasons, so I hosted them somewhere else. But still this is the only gamemaking site I go to, and the only when where people feel like community to me.

So, this featuring might not have a huge impact on the game's popularity per se, but it's very meaningful to me. <3
Pages: first prev 12345678 next last