author=tarma
It's been a while since I don't share pics on this thread so, let's go! 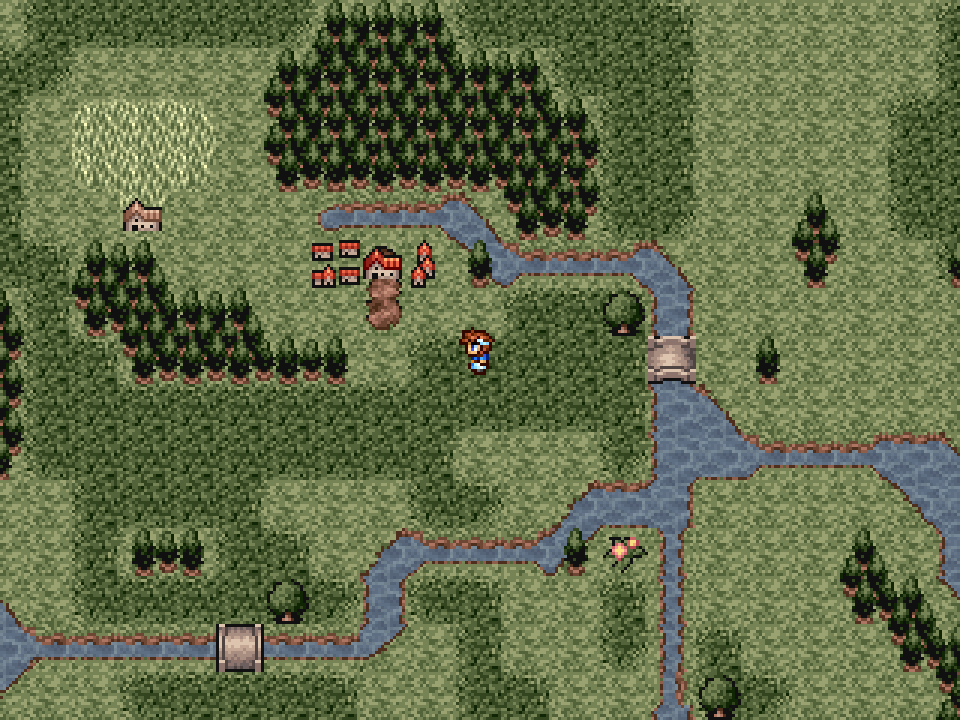 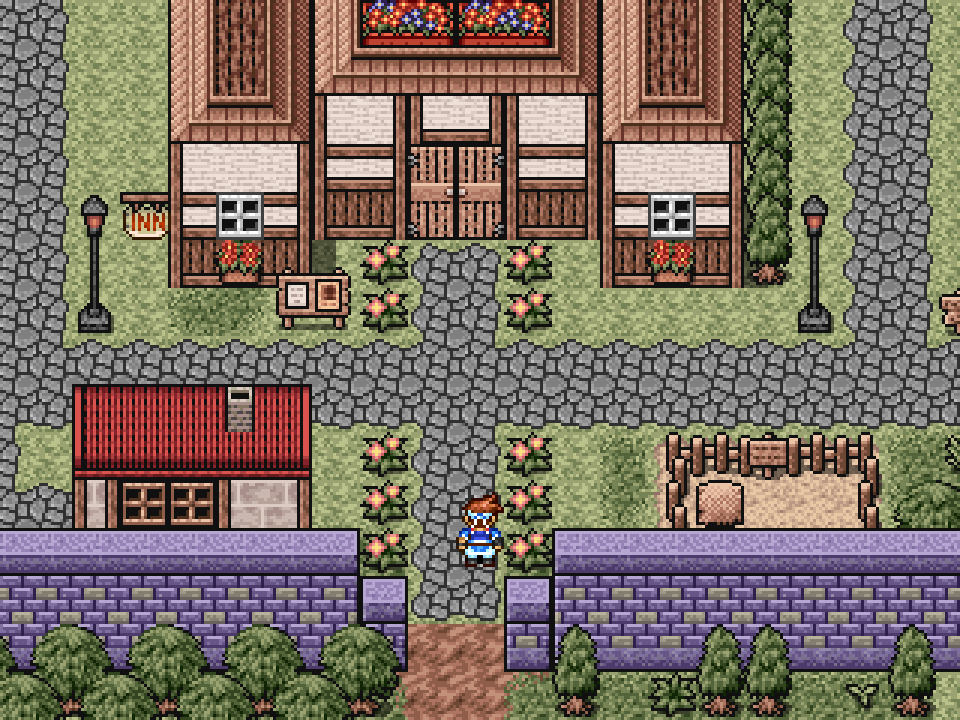 I'm working on a short JRPG that I'm using to learn how to make a game and also testing a lot of stuff. So far, I'm really happy with the results. Mapping is almost done and now I'm focused on eventing.

I like this a lot! The mapping looks really nice, and the softer palette that you opted for breathes new life into the familiar graphics.

author=Frogge
My pixel clash comment was directed at Mary 4D

It basically means that all the pixels aren’t the same size. In Mary’s case, the font and the potion icon are 1x1 pixels while everything else is 2x2.

The same issue is in Link’s image what with the sword either being 3x3 or 4x4 while everything else is 2x2.

Ah, yeah, I knew you were talking about Mary 4D's image. I was just curious about what you meant, as it wasn't a phrase I was familiar with. Thanks for the explanation! :) I hadn't really looked all that closely at the font and the icon, but I get what you mean now.

Can I ask what you mean by pixel clash here? It's not a term I've heard before. Sorry if it's a stupid question. I'm kind of new to pixel art, and just picked it up by looking at and trying to emulate the art in some of the games I played growing up rather than by reading tutorials and the like, so I'm not really familiar with a lot of the terminology and common pitfalls just yet.

author=Mary 4D
nah it's just an ITEM GET pose because the potion happened to be inside the clock or something.

i suck at making gifs lel

I really like the style of your graphics. :) Did you draw the tiles yourself?

03/27/2018 05:55 PM
Drawing a sprite for Rag Rappy, as it's one of the few Forest monsters I have left to do. Rappies are one of a handful of Phantasy Star Online monsters that exist in the older Phantasy Star games as well, but the ones in Phantasy Star III were too small and simplistic, and the ones in Phantasy Star IV were far, far better than I'm capable of drawing, and would have stood out too radically in terms of quality against the rest of my graphics. Also, the design in PSO is a little different to those of the previous games anyway. So I figured I'd do it from scratch.

Still a couple of minor touch ups to do, but mostly done now. Reasonably happy with it, except that I'm finding it hard to unsee the white circles around its eyes as the whites of giant cartoony eyes instead of white fur, and that combined with the open beak and angle of the head keeps making me think of that "O RLY?" owl. :P I think playing with the brightness of a few of the white / grey pixels on the right hand side should fix that, though. 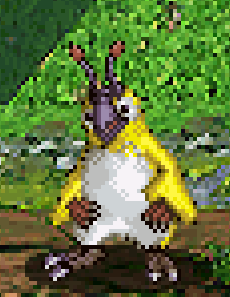 author=Waxius
Currently working on updating the forest dungeon. I'm now using "overlay" pictures to put on top of the chipset. I'm hoping it makes the dungeon seem more like a dense forest. 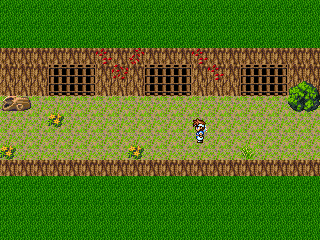 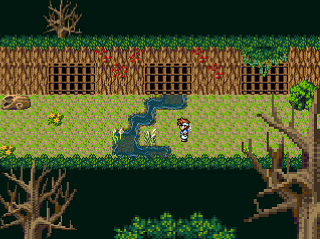 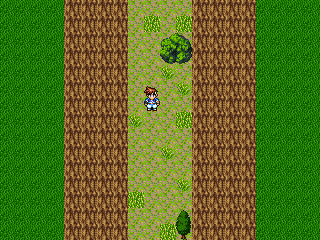 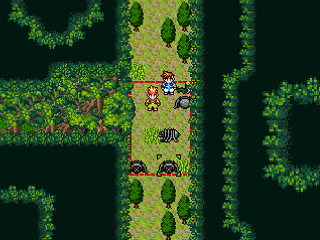 The dark green foliage around the edges of the path makes a huge difference here, I think! The original images looked a lot more like a canyon or something to me, but now it's unmistakably a forest. Interesting idea with the scaled picture overlays, too! Might give that a try in a project at some point. :)

I think the little trees in the centre of the path in the bottom right image look a little strange, though. I guess it clashes too much for me with the scale of the trees at the side of the path. Maybe you could try something smaller and more bush like for on the path?

[RMVX ACE] A video I made showing how complex animations can be made. Hopefully it will help some people!

03/19/2018 04:00 PM
Very cool! Like Craze said, it probably won't go with every art style, but it looks really good with your sprites, and I had never really thought about incorporating photos of real things into a game in this way. Thanks for the tip! :)

author=Ramshackin
I will only play if Bernie mentions he has the knack before opening every locked door.

There's a reference to Bernie having the knack in my Forest script already. :D I've been treating the project as much more of a loose reimagining than a one for one remake, and have been playing it fast and loose with most aspects of the game, dialogue included. But there was no way I was losing that particular gem.

author=Craze
maija. i appreciate what you are doing except that you have help menus telling you what the spells do? so that's pretty unfaithful.

Hahaha, I was wondering if / kind of hoping that someone would make this comment! Good old Phantasy Star and its cryptic spell names / item functions. :P Decided to make a few concessions to modern design sensibilities for the benefit of those who don't know their Foi(e)s from their Flaelis, just in case I make enough progress to release it someday.

03/16/2018 12:24 AM
I picked up RPG Maker (2003, largely for reasons of nostalgia and familiarity) recently for the first time since I was a teen, and have been working on a demake of Phantasy Star Online that reimagines it as a single-player, 2-D turn based game in the visual, gameplay, and storytelling style of Phantasy Star IV on the Genesis.

I doubt I'll have time to finish the whole game from a graphics perspective alone, never mind everything else, but I'm having loads of fun so far, and as I have most of the Pioneer 2 finished and I've drawn most of the Forest's enemies already, I'd like to finish up to the end of the battle with the dragon at least. :D Nearly done with the CBS (is that still a term used in the RPG Maker community?) now! 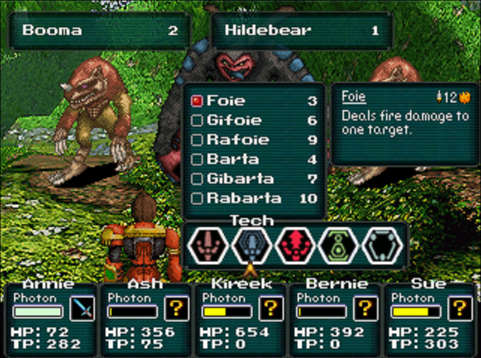 author=PepsiOtaku
My non-RPG Maker project from the past couple years (aka why Everlasting Journey isn't done). Been makin' a space racin' game.

The AI (red car) is still very primitive, so it does some jittery stuff.

This is absolutely gorgeous! The scrolling reminds me a lot of old Sega games like Super Hang On and Outrun.
Pages: 1