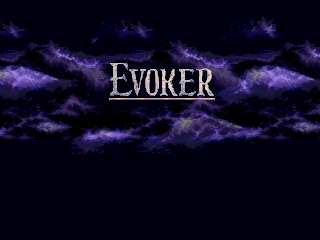 06/24/2020 05:13 PM
I am using dyntext to call a variable which is updated every 0.2 seconds (to avoid lag). It's a very simple usage, but I have run into a bug where a number is shown in the top-left corner (the default position of the text, I believe). I can't seem to manipulate this number in any way, and it isn't drawn from a variable, so I don't know why it exists.

I am using 2 events: one to call the text, and another to update the text to reflect changes to the variable (V261). What am I doing wrong? 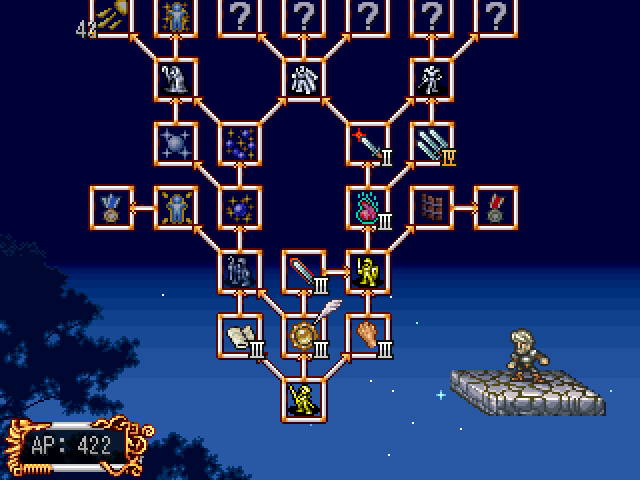 06/20/2018 12:28 AM
The Mailbox section of the toolbar has decided that I forever have (1) message, despite the fact that I have (0) messages. There doesn't seem to be a way to clear it, and so it blinks forever. Any suggestions?

Logging out didn't fix it.

05/29/2018 09:45 PM
So obviously the "Enter/Exit Vehicle" command doesn't work as intended (unless I'm missing something), so... is there a way to force a character to exit the vehicle they're riding via event? I'm trying to warp the player to the deck of their ship when you hit escape rather than it opening the menu. They warp to the deck just fine, but they're still on board the overworld vehicle! Obviously, that's no good.

Any ideas on a workaround? I'm using dynrpg so if there's a patch to fix this I will happily use that.

After I released my first demo, some people said they didn't like the textbox colour, so I've added an option to change it to a few other options that will hopefully keep everyone happy. The system works just fine, except...

The problem is, whenever the System graphics change in-game the numbers representing damage to the party go insane. By default they should be White (the colour of text in my game) but whenever a party member takes damage, both the primary and secondary (shadow) colour seem to be selected at random. Light blues, dark oranges, bright yellows... these are drawn from nowhere, as they're certainly not included with the System file.

This only happens to damage the party receives, enemy damage is normal. The System graphics work fine when they are the default graphics (and not changed in-game).

Anyone know what the heck is going on?

I want a specific landmass to have a different song playing while you traverse it, and the continent is only accessible via ship and airship.

I've tried using Terrain IDs, but I can't figure out how to set them up right to only play the new song while on this specific continent (they change the default airship song if you fly over the continent, which is bad).

Is there a simple way to do this? I am very stupid. Help.

I think a neat feature would be being able to tag users in posts via an @ and their usernames. It could be shown as a Notice (with the option to disable, obviously) or in a new Notices-type tab just for mentions. I'm aware that the Notices system is code from another era and this might be impossible, but who knows?

It'd be nice to be able to tag people when responding to their posts or screenshots to let them know they've been mentioned, which is handy for threads you might have forgotten about or games you're not subscribed to.

Also, all the cool social media kids are doing it

05/14/2017 04:45 AM
Hello pals! Although I've been using RM2k3 for a very long time, I don't use pictures very often and don't know much about them. I've run into a problem that I think has a very simple solution I'm just not getting.

I want to show an overlay (in this instance, a canopy of leaves), but I want it to scroll at a different speed than the player (slightly slower) to give the effect of depth. The map is a set size- 30x20. There isn't very much scrolling as a result, but I want to show a few pixels of movement and perhaps use the same trick on a larger map, as well. What's the easiest way to do this?

I was thinking about a topic I viewed recently and how, if I were to do the thing in said topic, it would be interesting to be able to tag someone in a forum post. I was thinking along the lines of hashtags, et cetera, and how it would be a very useful feature to be able to tag a certain person in a reply on a forum with, say, the @ symbol. ie, let's say somebody posted something they thought I'd be interested in, they could post @Kaempfer in the forum and I would get a new notice in my notice tab, alerting to me that post.

Similarly, somebody could post $6124 and it would send a notice to people who were subscribed to the game number in question (in this game, it's Devil Hunter: Seeker of Power).

I don't think RMN currently has any functionality in this regard, but if it does and it's something I've overlooked, forgive me!

Obviously, the syntax would be up to whoever did the leg work in programming it, mine was just an example I think would work. I think it would be a useful feature to increase forum useability. What do you guys think?

Here are some things I like:
RPGs
2D Graphics
Platformers
Games that are good

I am pretty open to most genres, so long as the game is fun. I have a pretty sizable collection but nothing too new, so any personal favourites for suggestions would be much obliged. Time is critical, so respond respond respond! :D

11/24/2009 08:58 PM
I have realised that the default RM2k3 fonts stink. They do the job, but they are pretty boring. What I'm in need of is a) a way to make new fonts in the old fashioned .fon format (not ttf/truetype which Rm2k3 can't display properly) or b) a decent archive of said fonts.

If anyone could help me out I'd be much obliged.
Pages: first 12 next last