Close
Programmer. Amateur Author (non-published, so nothing really to be impressed over). Game Designer.

Has many stories to tell you, and games to give out. If only there were enough time to finish them all... 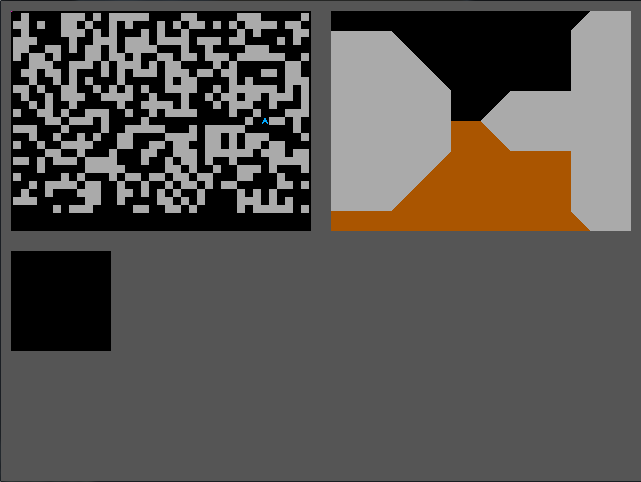 Specifically, the pages for RPG Maker VX, RPG Maker VX Ace, and RPG Maker MV all begin with a line referring to them as "the latest release in the RPG Maker series."

11/07/2016 02:35 AM
There's a random door on the first floor of the castle at Drayn. Entering it leads to an underground area, and upon coming up you find yourself in a snowy area (Syra?) with no teleport crystals and enemies that only take 1 damage and kill you in one attack. I assume this is probably a bug? 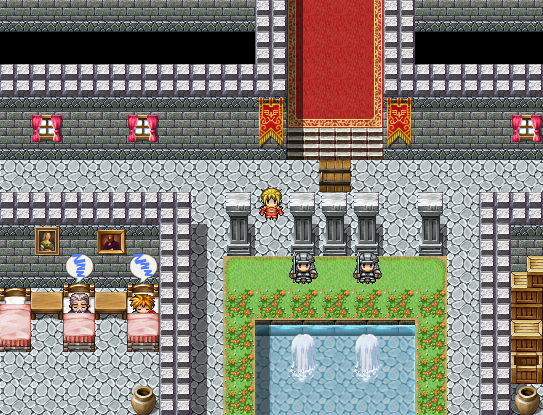 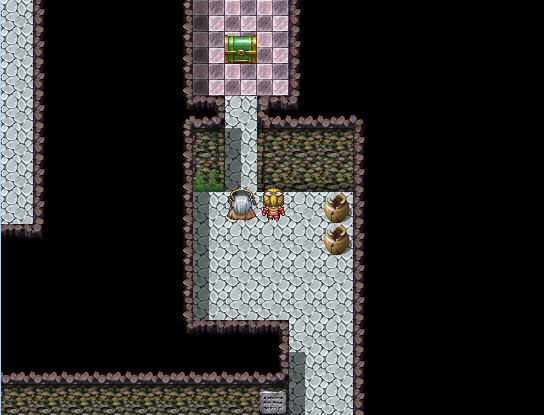 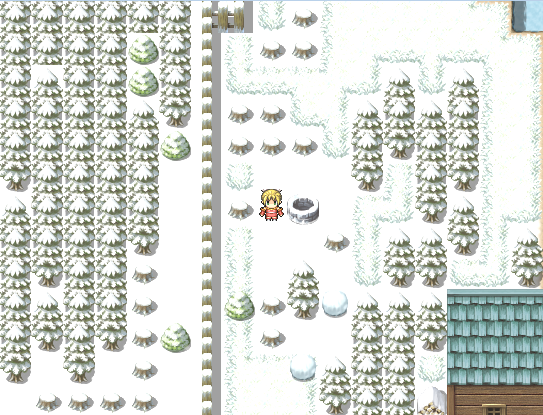 In other words, feel free to disqualify it if it doesn't meet standards.

(Also, the bgm is a piece that I composed quite a while ago, so that may also violate the 'during october only' constraint.)

A 1 could be considered equivalent to the "F" grade in the American school system: A game that completely fails to provide any entertainment.

2 - A game with this score (or lower) is a game that I would likely recommend against playing if asked my opinion about it. Gameplay would be well-balanced but uninspired (think default RPGMaker battle system and database), or innovative but poorly implemented or tested. Story would be likely on a level where the story moves along at times, but not particularly well-written (ie. the Mentor character's betrayal of the party either comes out of nowhere, or is telegraphed with the literary equivalent of flashing neon lights)

A 2 could be considered equivalent to the "D" grade in the American school system. To a certain extent, it entertains the player, but the implementation is flawed such that the player would likely have a better time doing something else.

3 - This level is roughly the level where if somebody were to tell me that they were thinking of playing the game in question, I would tell them "Sure, go ahead". Equivalent to the "C" grade in the American school system, games at this level achieve the purpose of a game (to entertain) without any significant flaws, but also fail to go above and beyond the expected level of entertainment in any meaningful way).

4 - At this level, a game has significantly enhanced the gameplay experience in some way. It might have stunning graphics, beautiful music, a thought-provoking premise, amusing dialogue, a well-written story, or innovative and well-implemented gameplay. (And would likely have several of said improvements). Games on this level are something that I would go out of my way to recommend to somebody.

A rating of 4 could be considered roughly equivalent to a "B+" or "A-" in the American school system.

5 - I've seen some people on sites with ratings claim that the highest rating on a scale should never be given out, because it indicates that said work is absolutely perfect. I disagree, but in order to recieve a 5 from me, I would have to believe that said game is well above average in most categories, or very very much above average in a few categories with a good reason for why it is lacking in the others. Either gameplay or story must be above average.

This is the rough equivalent of an "A+" in the American school system.

Our GoogleAds have been suspended and I need your help!

09/06/2013 11:41 PM
Does the crossbow require ammunition? I just noticed the "takes crossbow bolts" line in the item's description, and didn't have any at the time. If so, that particular issue might have been solely my problem (for not reading or thinking).

09/06/2013 11:16 PM
I was planning on doing a review of this game, but while playing I ran into several bugs (I was playing v1.2). They appeared frequently enough that I'll likely put off reviewing it until later. Here's the list of what I found:

-On my first playthough, I ran into Kazuhiko and Sakura, failed to recruit them, and they killed themselves. When it became 5:00am on the first day, the cutscene showing their deaths played again, even though they had already died.

-In the house at I6, there's an event where the player can pick up a frying pan as a weapon. This event did not clear itself on activation, so I was able to acquire an arbitrarily large number of that particular item. (Upon leaving the screen and coming back after the event had been activated, it had properly disappeared)
-Also regarding I6, the animations were running choppily while on that screen only. I wouldn't usually question this (as I was playing on my netbook, which I expect to struggle at points), but it was just that screen and I couldn't find anything that should make that particular screen more difficult to render than the others.

-My first playthough ended when I ran into tatsumichi. I defeated him, only to be thrown directly into another battle with him. Since I was running low on items, I decided to run. Immediately after hitting the run command, a few lines from the Yukiko/yumiko cutscene started to play (I assume it was supposed to happen at this time), but the screen was blocked by the screenshot from the film of Noriko watching Shuya and Tatsumichi fighting. The dialog stopped once Kiriyama started shooting at yukiko/yumiko, and at that point the only command that the game would accept was the "a" key.

-On another playthough, I ran into Kazushi Niida shortly after failing to save Kazuhiko and Sakura (again. I'm apparently bad at saving people). During the fight, he couldn't make any attacks (not sure if this was intentional). After defeating him, I gave his crossbow to Shuya.
-Shortly after the Niida fight, the scene in which Kazuo kills several other students played. When it finished playing, Kazuo's sprite was on the same map as me (despite the fact that I was on the other side of the island at the time), and I got sent into a fight against him. During this fight, Shuya's attack command did nothing.

-Minor bug: in the first conversation with noriko accessed from the menu, there's a line of dialogue that reads "\Name[ShuyaAre you scared of me too". I think you're misssing a bracket there.


Some other things (not bugs but observations):
-It would be nice if healing items mentioned how much they healed in the menu description

-the clock display in the upper-right corner seems to be tied to the display of the map, meaning that it's only visible during the nighttime if you walk to that corner and shine the flashlight at it.

-some of the scenery items contain images of things that could be used as weapons, and it breaks suspension of disbelief a bit to have my characters walk past an axe stuck into a stump without being able to pick it up. I'd either remove said images, make it so that they grant equipment when examined, or make it so that when examined, they give messages indicating why the equipment can't be picked up (ie. "This axe is stuck in the stump. It won't come loose." or "The handle's broken. We can't use this")

-Aside from these issues, I have to say: Congratulations on the demo release! It looks like you've put a lot of work into this, and I quite like the way a lot of it turned out.

08/24/2013 12:12 AM
Currently developing a procedurally-generated hexcrawl-type rpg. Finally found the cause of what was hopefully the last bug in my elevation-and-biome code. Now moving on to river and vegetation placement.
Pages: first 123456789 next last