Close
I am a game developer/artist/writer/eventer 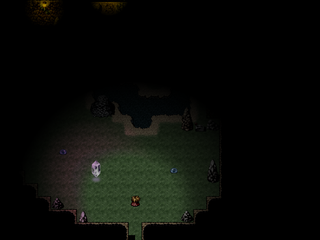 Three small children explore a cave to find a legend


Yea I had posted that yesterday LOLZ

09/24/2019 10:10 AM
it don't matter if u do that, these people know to remove stuff, as i had a splash screen and credits, and he got them both removed. But yeah I plan to do do up the newer version and make it better.

author=visitorsfromdreams
He took my 2 games down once I issued the 2 copyright strikes against him and then Google came back and said they couldnt find any evidence that he had stolen my work because he had taken them down...

same thing happened to me, except i don't think i gave copyright strikes, they suddenly went down and then google contacted me a day later saying they couldn't find my stolen work. They said if the matter is still a concern I told them everything about what has been happening about this guy, so hopefully they will get back to me.

some new games has been added one, is starchild and the other is an SMT fangame that uses ripped ATLUS assets called The reborn world.

09/23/2019 02:43 PM
yea he stole my game, I managed to get it removed off google play but the other sites still hasnt removed them, i reported them, the one with facebook page linked hasn't gotten back to me either. Today i noticed he has uploaded even more games on google play.
Check image below.
Show

Here is the first let's play video of your game! I hope that you like it! Let me know what you think. Enjoy. And good job.

thanks for playing, glad you liked it :)

Want a lets play of your game?