Halloween has come again and this time we let you guys pick the theme.

Fairy Tales are often stories told to give children a moralistic lesson. In and of themselves they can be pretty scary, but they tend to end happily or are resolved in a way that good triumphs in some way.

For this event you are being tasked with taking some of those Fairy Tales that you grew up with and giving them dark twists. From Little Red Riding Hood to Sleeping Beauty to Jack and the Beanstalk, any Fairy Tale is pickable. You can even smush a few together if you like!

- Games must be new - not an old game that you're finishing off - and should have been started after the event starting date. They must abide by site rules and be at least 10 minutes long.
- Submit a gamepage before the end of the event. It must abide by site rules and standards. Upload your game to your gamepage then submit via this event page.
- Team-ups are available.
- You may have more than one entry (in case you want to team up for one game with someone and make your own as well).
- You may pick any Fairy Tale you like, from anywhere in the world - it just has to be recognisable as that story when presented in the game.*
- Start Date: 1st of October
- End date: Midnight of 31st October - SITE TIME! (Remember to change your hourly offset in Settings so you have the right time show up on the page!)

There are three badges up for grabs.
- The Shattered Slipper: 50 MS for a completed game.
- The Bloody Apple: 10 MS for a demo.
- The Bone-filled Oven: 50 MS for being picked by our judge, LockeZ, as the best of the bunch. (Only complete games will be judged!)


*
Show
"- You may pick any Fairy Tale you like, from anywhere in the world - it just has to be recognisable as that story when presented in the game."
That is, having a story based on little red riding hood and it being about a girl called Ridley who goes to school and kills all her friends... well, it might have inspired something of the plot (maybe) but it's not recognisable as such. But a girl who gets convicted of killing her grandmother and runs to hide in the woods where she meets a down-and-out lawyer called Wolfe who tries to help her but finds out that she has a second personality called Cutter who likes to, well, axe questions... that is recognisable as being based in said Fairy Tale.

Seriously though, thanks for playing all the games even if they weren't all recorded.

Btw, congratulations to Darken for winning this event, and to all who participated with their awesome projects! <3 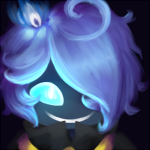 Close
03/02/2019 03:30 AM
Congratulations Darken for a well-deserved victory! (One of these days I'll beat Nemoral, but until then I must Git Gud as the youth say, even easy mode is too hard for me;;;)

Thank you for putting together this event and playing through the games, and also for the small mention! I'm glad my game could deliver something, even if it was pretty rushed in the end.