Close
Lots of stuff has happened over the years. Now I am gam mak. If you know me then you know me, if not then I am awesome! :D 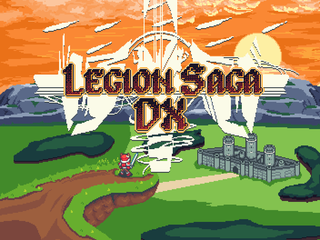 A remake of the original LS and LSR in a more modern RPG Maker using the Time Fantasy style.

Thanks. That worked. I was using the direct shareable link, and apparently that's not what you put into the YouTube code... lol.

So you know I thought I was done when I posted the video but it just tumbled into a series of changes to make... yay.

I immediately noticed a handful of graphic errors after the video went public instead of you know the 30+ times I play-tested it which have now been fixed.

After talking with Matt/Kamau on his Discord server about the video. I decided to add damage popups since the HP Label disappears during the zoomed in moments. That is also complete too.

Finally, I am changed the beginning text to pop-up in a tutorial instead of Yuto saying it. Anyone that has played Suikoden won't even need that but it's there for some people.

I'll come back later when I can record the new video and replace this one.

"I don't understand why you'd even bother porting, it's not like the audience gives a shit.

Like look at the Yume Nikki fangame dudes, they're all making and playing on 2k3 and nobody gives a single fuck."

Is a really good RMN phrase too.

author=Darken
A side note: it's worth mentioning that porting is expensive and insane. I can tell you've never personally ported a game before if you think it's just a single button press.

I never said it was a single button press. Just like it isn't a single button press to make RMMV games work on Android too. The ability to export to Android made it easier though. Unity is used in quite a few games on consoles. It is far easier to port a unity game to a console then say a RM, note that I am not saying it is easy, just easier. It is cheaper when the engine is already supported by the console.

I have not personal ported one, no. I have spoken with Matt/Kamau about his Switch-N-Shoot port, and followed the port of Ara Fell. I don't know all the intricate and technical details, just the surface stuff.

author=unity
Yeah, I'm playing the Switch port of Ara Fell and it must have taken a ton of work, and you really notice all the changes. It was clear that a lot of love was put into the port and that there wasn't some easy method to translate a RPG Maker 2k3 game into a game for Switch.

If I am remembering the Twitter posts correctly... They had to rebuild the game from the ground up in Unity to make the port to console possible. They got permission to use the RM resources much like the few other special cases that have come before them.

Of course, I could just be remembering that incorrectly too. I am getting old now that I am a couple years on the other side of 35.

Nope. You were just the one to notice it. Looks like the event didn't copy out for some reason. Fun times.

Just crossing my fingers that Degico/Kadokawa realizes the big desire for being able to port to consoles after several of the more successful commercial games had to be rebuilt in Unity to be ported to consoles like Ara Fell. I know one of my biggest regrets after getting permission for LSDX to go commercial is not building it in Unity. So when I do finish it... no console versions for a long time.

I've considered Unity for LSDX2/3 if the first one is successful. Here's to hoping that the new RM will be able to support that so I don't have to learn Unity from scratch!
Pages: first 1234567891011 next last