Close
I'm Ben_Random. I've been around since 2008 but I didn't really get active here since Super RMN Bros. 2. That, an unfinished game, and a couple of contests sums up what I've done with game making on this site. I find that my main purpose here is writing. I have a few tutorials out there, as well as some reviews on Mario fan games such as RMN Bros. or Mario V.S. the Moon Base.

Now with the internet the way it is these days, you can probably use just this information to stalk me.

This is the first piece I've ever written for strings. It's a quartet with two violins, a viola, and a cello part. I am not a seasoned musician from any standpoint. I've been playing the trombone for two years now, and have taught myself some music theory online, but that's it.

01/14/2012 09:51 PM
My friend and I are creating a game based upon Kirby's Adventure, Super Mario Bros, and The Legend of Zelda. We've found some pretty good 8-bit music on newgrounds, but we would like some original stuff too. I know there are a lot of good composers out there, and I was wondering if someone could make me a few 8-bit tracks (looping) for use in the game. You would be credited. I would like a 1-1 style tune, an eery temple type track, and a boss battle as well. If anyone is willing to do a large soundtrack, I will request more songs.

09/04/2011 07:39 PM
Superhero movies have been around forever. The late 20th century really made a big boom with the Christopher Reeve Super Man movies, as well as the old Batman saga (Batman, Batman Returns, Batman Forever, and Batman & Robin).
In 2000, X-Men was released, and the awful Spider-Man Trilogy followed.

Although these Superhero movies did get darker and darker over time, the mood was still generally upbeat. In 2005, Christopher Nolan tried something new with Batman Begins. This gritty Batman reboot had a unique style to it, something that wasn't tried again until 2008 when marvel released Iron Man. This movie not only sent the crowd wild, but it also began a new way of creating superhero movies, taking Christopher Nolan's style and tweaking it to add a little bit of comedy.

Next came The Dark Knight, which is still my all time favorite movie. In this film, Christopher Nolan took the new and popular gritty style of superhero's to its maximum level, and people loved it ($1,001,921,825 gross total world-wide)! After The Dark Knight, a true line of expectations for future superhero movies was established, and in '09, Marvel went wild with X-Men Origins: Wolverine. This movie was weak in plot, and filled with, dare I say it, to much action! I suppose Marvel learned it's lesson in this film and chose to go back to the comedic but gritty style in their next movie, Iron Man 2.

While Marvel was doing it's thing, DC stayed quiet. Then 2011 came along and The Green Hornet hit the screen. This was a great movie, and it was a hell of a lot funnier than any other DC movie I have ever seen! I suppose that DC decided to try out the comedic style that Marvel was doing so well with. They tried that style again with The Green Lantern, and failed. I just hope now that Marvel will stick to the comedy, and DC will stick to dark and gritty Batman movies.

I'm going to skip Thor, because the movie didn't really phase me. It wasn't bad, but it just wasn't all that good either. On the other hand, this summer Marvel gave us Captain America: the First Avenger and X-Men: First Class. After watching X-Men Origins: Wolverine, I decided to skip first class, and just watch Captain America (which I loved to no end). They are also promising a Thor sequel, an Avengers movie, and how can we not think about the Spider Man reboot: The Amazing Spider Man. It also looks like we are getting a Superman reboot: Man of Steel, starring Henry Cavill (come on, a BRIT!). I also need to bring myself to discuss The Dark Knight Rises, which will bring an end to the all successful Batman trilogy. This movie will have Ann Hathaway as Catwoman, and Robin Williams as Hugo Strange (YES! YES YES YES!)! I can't wait for this movie, although I think it won't be as good as TDK, it will still be excellent.

RMN4 Search for a game w/out a review

08/09/2011 06:57 PM
I have an idea for RMN4. As we know, there is a thread out there called "games with a download without a review". At times, it can be tedious searching for a game you want to review. Why not implement a new category for searching for games.

As of now we have the following:
Engine:
Status:
Tags:
Min. Rating:
Sort:

RMN4 Search for a game w/out a review

08/06/2011 03:09 PM
I recently got into the megaman series, and I was wondering: "which game is the best?"
From seeing reviews and let's play's I can tell that many people dislike the X series, love megaman 2&3, and dislike megaman 7. 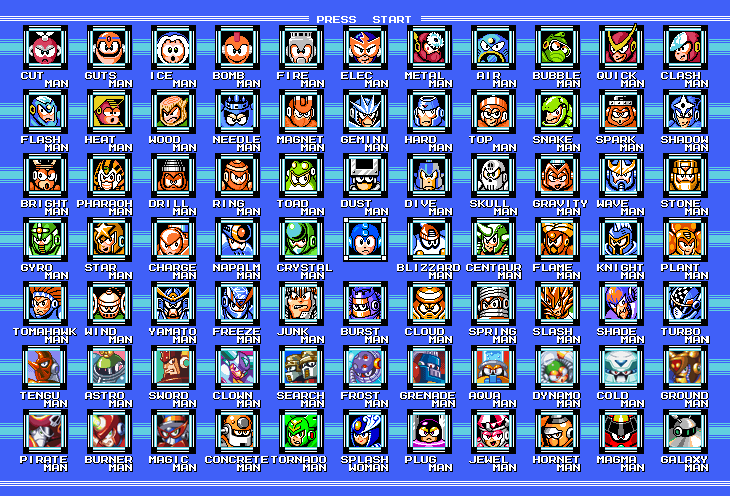 Also, who is your favorite robot master?

What can you do with squares? (Dungeon Edition)

08/05/2011 04:16 PM
People often accurately complain about the RPGVX Run Time Package Chipset.
I wonder what we could do with it if we all tried our hardest.

DUNGEON EDITION
Theme
The theme of this contest is to make an dungeon of sorts out of just he RPGVX RTP chipset.

Description
This contest will run similarly to the original "VX RTP MAPPING CONTEST". Make a map within the rules, submit it, and win! The difference is that this contest will be judged rather than having users vote, and once all the dungeons are finished, the selected ones will be compiled into one big game along with the maps from a contest being run by ShortStar: "What can you do with Squares: Town Edition".

Rules
-The dungeon must be created in RPG Maker VX.
-One submission per person.
-You may only use the A-E tileset that come's with the RPGVX Run Time Package.
NOTE: This means the DEFAULT RTP, not the Samuri package.
-The pass ability settings of tiles MAY NOT be changed!
-You may use parallax backgrounds, but only the defaults.
-No overlays
-Each dungeon must have 1 theme: (cave, mine, dungeon, volcano, icecave, grotto, sewer, swamp, mountain, forest, mansion)
-Each dungeon must have 3 floors each 50x50. (This means making three separate maps!)
-Each floor must include water, a pit or lava according to what theme you chose
-Each dungeon must have an entrance and an exit (crystal, teleporter, doorway, portal, staircase)
-The random dungeon generator may be used, but is frowned upon. Just using the generator and calling it done does not count as a submission. If you use the generator you must build off of it in some way.
-You may have extra maps with secret rooms in the dungeon. These maps must be no bigger than 17x13 tiles.

This contest is officially canceled.

07/30/2011 03:45 PM
Over time the staff has really changed on RMN. Especially since the April 2nd indecent, as well as the happenings on IRC. Could we have a thread, chained in the announcements section, with an up to date list of the RMN staff, and what they do.

This would help new members know who to PM when.

Taking Your Game Pad to a Wii Level

07/24/2011 05:25 PM
Originally, I submitted this as an article, but it was denied, here is the reason: "Please submit articles that are, at the least, tangentially related to the site's subject matter."
Anyway, I decided I might as well post it here:

So you've just downloaded Super Mario Bros. from the Wii shop channel, but instead of you're trusty NES controller, you're stuck with the WiiMote turned sideways. 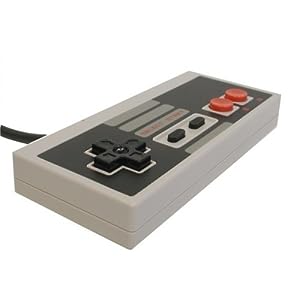 This controller is for Nintendo fans who want that original game pad feel back. Virtually wireless, the WCC cord connects to your WiiMote nunchuck slot. This means you don't have to move your couch closer to the TV to play a game! Now that wii (get the pun?) know how to hook the WCC up, let's take a look at the buttons:

A,B,X,Y:
Here we have the standard NES button set, with x and y added. These two extra buttons serve no purpose in virtual console games, but are used in some other Wii games that are Classic Controller adaptable.

D-Pad:
We also have a standard Nintendo joy pad all ready for use. I find it slightly less soft to touch than the WiiMote buttons, but maybe that's just me.

Dual Analog Sticks:
These two joysticks are a joyful add-on to the basic NES game pad layout. They don't provide much in the virtual console world, but I hear tell that in some actual Wii games, they come in handy for camera moving, etc.

+,-,HOME:
These buttons serve the exact same purpose as the WiiMote +,-,HOME buttons, but the + and - buttons are aptly named START and SELECT, because they will serve that purpose in the virtual console.

L,R,zL,zR:
This controller has... SHOULDER BUTTONS! Two of which are the standard L/R buttons, and the other two are analog (zL/zR), and are placed closer to the center of the remote.

What makes this so professional? GRIPS! There are only a few minor differences between this controller, and it's predecessor:

1. The color. This controller now also comes in black, just thought I'd add that.

2. The shoulder buttons. This controller now has no analog L/R, but now has an L2 and R2, which I prefer much more.

3. The dual analog sticks. These are now farther apart, which feels much more comfortable on my hands.

4. The professionalism. We now have Pro in the title, which automatically makes this thing awesome.

I also noticed that the WCCPro feels and looks a lot like the PS2 controller. If you like that feel, go with this.

What to buy?
Both of these controllers are great, but if you are going for the classic, NES feel take the WCC for 15 bucks, and if you want something similar to the PS2, buy the 20 dollar Pro version.

Hope I could help you out!