Close
Writer, programmer, and artist with Project BC.

author=Liberty
For all that is good and holy, don't use unity or other game engines of the like if you're going to make RPGs which are designed with normal RPG systems. I'm playing a Unity game that is an RPG and there are so many issues with the menu systems - it's clunky as all hell, for one, and it lags when trying to load choice menus for another.

Say what you will about RPG Maker, but at least all the systems are by default smooth and work.


I've worked on several games in Unity, and I'd have to strongly agree with the recommendation to use RM instead of it for a 2D RPG. There aren't any built-in menus, so I'm not quite sure what you're talking about with menus lagging, but it's a huge pain in the ass to have to do all of the UI coding yourself. It also doesn't have a tile map editor built in, although there are probably third-party solutions available.

That said, Unity has a lot of strengths. It deploys to more platforms than just about anything else and has good C# scripting. I'm making a visual novel in it right now, in fact.

Anyway, CYBERLOUS, we can't give you informed recommendations without knowing more about what you intend to make and what your skills are. Different engines have different strengths and are more or less programming heavy. There's no one choice that's the best for all people in all situations.

author=Sooz
So I decided to do a crossover of Free Spirits and Patchwork and Lace: 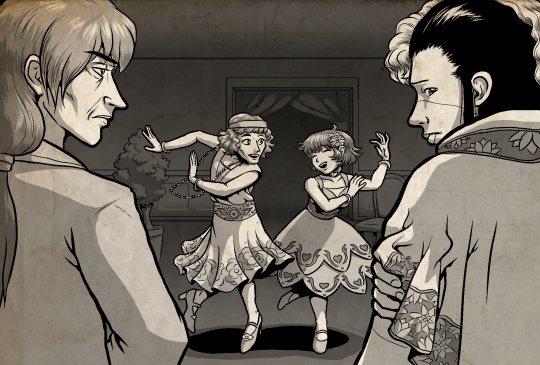 Some people are apparently more interested in being suspicious of Creatures of Darkness than learning the Charleston.


Hey, this is cool! I don't know what it is, but I like the expressions and the composition. 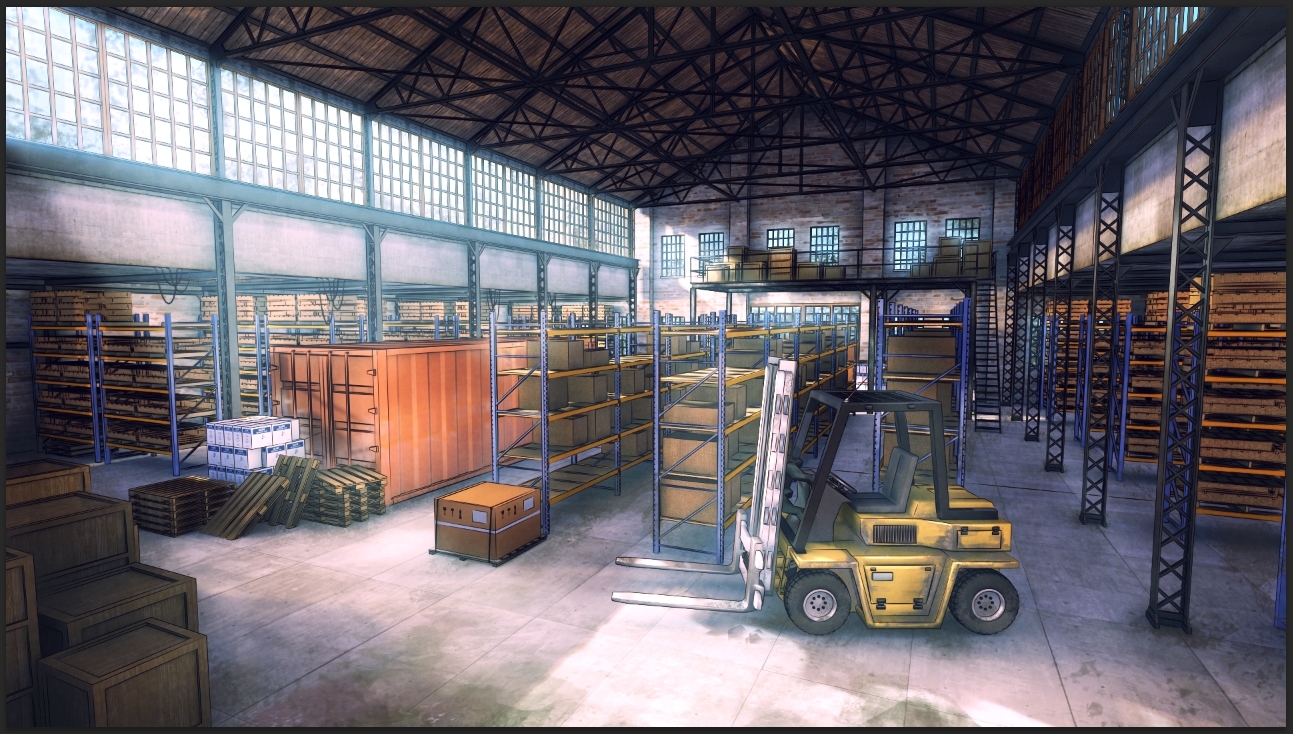 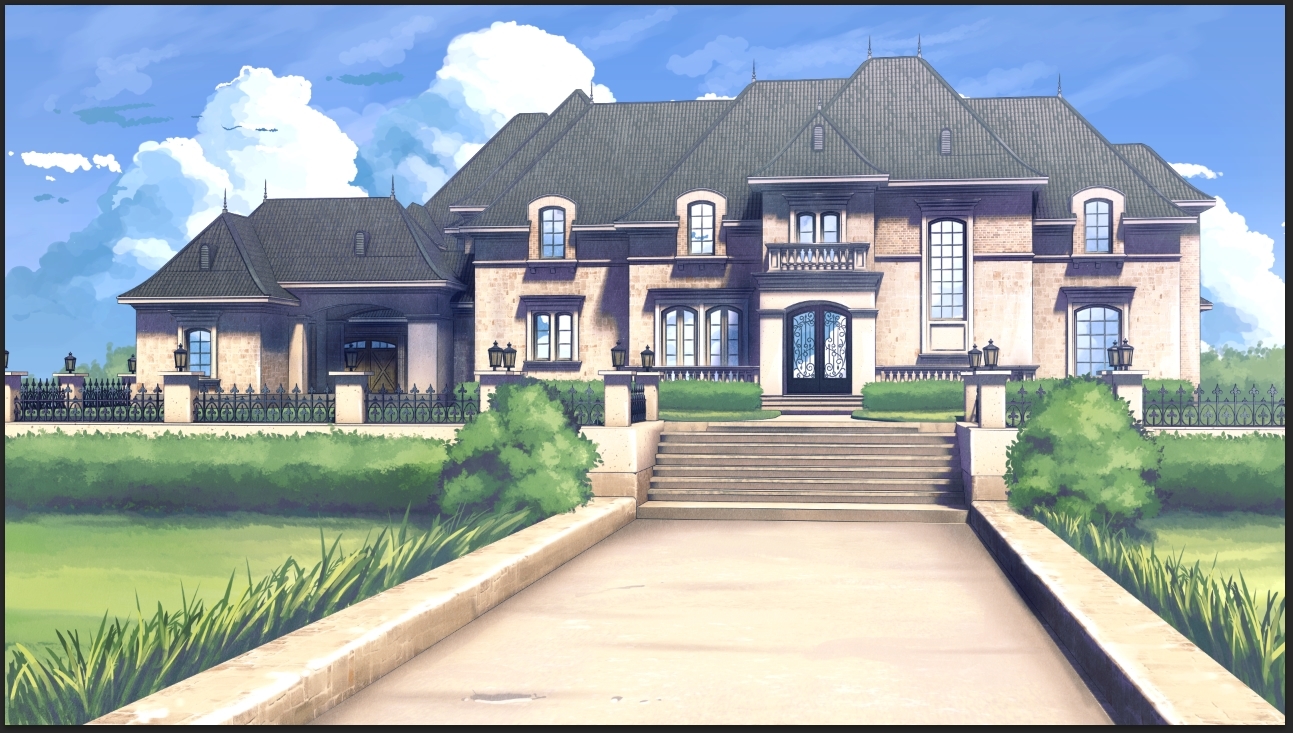 12/14/2015 02:46 AM
Okay, so I'm entering this Unity contest. This weekend I made a background, although there are still some things I need to fix, notably replacing the stuff outside the window with better stuff and making it look like there's glass on the window. 12/01/2015 03:16 PM
Yeah, I'd prefer to work on writing as well, but it seems like it's a lot more difficult to keep up with than art, especially with other commitments. Maybe we can do a month-long event that's just writing or something down the line. You also don't necessarily have to commit for the full year if you don't want to.

Unity has improved a lot as an engine since Unity 3. That said, Unreal 4 is better for a variety of reasons, but they also take 5% of your revenue, so it's not worth using Unreal unless you're using the features that make it worth it. Also, Unity still deploys to more platforms and has much more middleware available because it's been around for longer. Since the game I'm making is a VN/point-n-click, I don't know that Unreal makes sense for this project.

12/01/2015 03:38 AM
So it turns out that Unity just announced a contest today. I was planning to make a Unity game in roughly this timeframe anyway, and I really want to enter the contest, but I'll need to pour basically all of my free time and energy into it for the next two months. So unfortunately I don't know if I'll be able to write a full story every day until that's over. I'm thinking I'm going to switch to doing some concept art every day instead, which is a lot less investment than writing.

Maybe we can change it so there's a daily prompt and you can choose to write a story or draw a picture or compose a song or whatever it is you do. Does that sound fine to people?

As for where to host it, ehhh, I think a forum probably isn't a great medium. Thoughts on a blog versus Twitter versus tumblr? 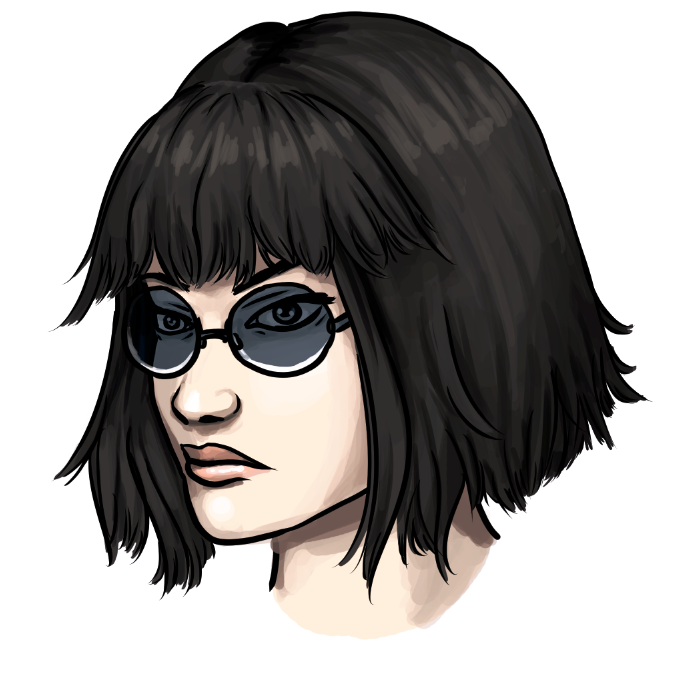 Edit: I realized that this was actually useless for the purpose I wanted it for (learning Live2D for animated character portraits), so I drew it head-on instead: I like this one better anyway even if I spent less time on it. I'll be hiring a real artist to do the final art, but I figured I'd be more motivated to learn Live2D with a real character.

As for everyone else, we're also very booked with personal projects, but I think it's valuable to take the time to hone your skills. I believe in your ability to work it in somewhere! But if you don't want to, that's fine too.

11/25/2015 06:19 AM
A friend and I have decided to do this and looking for writing pals. The only rule is that you must write a story from start to finish every day, although you can take days off if you want to (but decide what your break schedule will be like before you start to avoid the temptation to slack). I suggest limiting it to <1000 words and no more than an hour to prevent it from being too difficult. We'll be getting prompts from somewhere to help. A firm start date hasn't been set yet, but we'd like to do it hopefully no later than December 1.

You may be wondering: why write a complete story every day? The main reason is that the hardest part of making something is finishing it, so finishing something every day is good practice. Another reason is that it gives you good practice with pacing and story structure and writing endings and stuff. Finally, it helps you churn through lots of ideas without getting married to any of them.