Close
Don't hesitate to approach me if you want to get a feedback for your game. I don't bite. 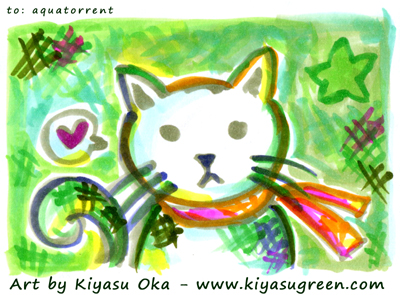 02/16/2022 06:45 PM
No worries, thanks for making the game too! I didnt notice that the sprites look similar until you mention it. It's good enough for a first game tbh, so i'm glad to see that you are still striving to improve. Good luck eith your future projects!

author=KrimsonKatt
Yeah, the problem with those games were definitely their bugs. However, I am in the process of re-doing Meteo Chronicles from mostly the ground up. I'm currently on the second dungeon and this time the game will be fully playtested. I might even get some people to playtest it for me if I get bored with it, we'll see. Even if I get burnt out like last time, I'll take a break and work on it later like I did last time.

I'm really sorry if I sounded mean or anything in my responses and I understand the main problem was the game-breaking glitches. However, in your reviews it seemed to focus a lot more on the small things like story nitpicks and grammar errors instead of your main point which was that the game was unplayable due to glitches. There was also a lot of time spent on the lore not making sense because I forgot about some NPC lines early on that cause continuity errors. (like the characters being self aware that they're in a game for instance)

And not all my games are like that. Since my temporary ban and return I have released three games: Crypt Challenge EX, Lost Chronicles, and Meteo Chronicles. Two out of those three games are currently bug-free (I playtested them fully multiple times)and the third is no longer supported while a 2.0 update is being worked on that will eventually fix everything.


You dont have to feel bad about it. I don't think of it like that, and i always welcome feedback for my reviews. Anyway, i just reread the meteo chronicles review and i dont think it focuses on the lore and grammar issue (please correct and point me which line that make you think that way if it is so i can understand it better). I might have some nitpicks on the story as you said, but again, they are just some nitpicks - i wont give it a 1/5 just because i couldnt agree on it. The actual issue lies elsewhere (including the game breaking bugs). Just because i wrote a lot of typo suggestions at the end of the review, it doesnt mean that i only care about it. I could just ship the review without it and the review wont change in a single word - that is just an added bonus to make it easier for you to fix them. As i said before, i'm glad to see that you are still fixing the game to make it better. I just want to clarify that it is not the story nor grammar that makes me give it a 1/5.

As for your negativity issue, im not a specialist, but since it seems that you regretted doing things that you did whenever you are in a bad mood, i got a good advice from someone (which i still do until now): try to take a break before posting anything until you are feeling better. Reflect on what you wrote, or even think what will you feel if you are the one who is getting that message.

author=unity
Don't be too hard on yourself. One of KrimsonKatt's quirks is to laser-focus on one thing and apply it overly broadly, ignoring the rest of what's being said to him. It makes trying to communicate with him at all difficult, and I'd image it's probably where misunderstanding like the "RMN userbase worships demons" thing comes from.

The fact that he makes games that are unable to be finished due to the fact he didn't want to test play the game for game-breaking bugs and then his big take-away from feedback is "people must just get REALLY pissed at misspelled words" isn't even the worst kind of generalization he's made.

It's also his response every time to being banned. It's always a banal (false) detail he claims as the reason, ignoring the more egregious actions he's taken, and he uses this to try to further the narrative that RMN and RMN staff are unfair.

thanks! now that i read it again, some of the points in the list might pass as a joke if it's being posted at different circumstances. i'm not sure if they are just having a bad day or something when they posted it, but i hope they will learn something from it later.

02/01/2022 04:21 PM
I was not there for the whole fiasco (wasn't even active on discord to begin with), but since i reviewed 3 of your games (with 2 being 1/5), i just want to clarify that i didn't give you that rating because of the grammar errors. I usually give that rating to games with a lot of game breaking bugs, especially those that happen in the main progression. Sorry if it leaves an impression like that.

since i missed some, i ended up making the rest this weekend:

i'm suck at making these.