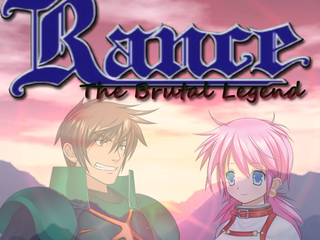 09/22/2021 08:37 PM
=lato and rockwell fonts are same
=lily looks like a guy
=wtf is going on am l supposed to play the first game to understand
=how am l supposed to read formulas if l cant see my main stats in combat, not like players are going to math it up anyways, there are plugins to see the exact damage/healing you will do but even then its useless if you cant see the enemies hp
=left clicking(action) on battle end doesnt end it have to right click(cancel)
=while actor skills are fine, enemies skills are boring just a random attack 2 actors and if the same get hit twice its almost a 1 shot
=healing is a must have so fire spirit is useless, attack all enemies is bad since they must be focused 1 per 1
=probably should say buff is stackable didnt know until the end
=if you start tp at full on fights players are just going to do the same thing over and over at first and it gets repetitive

The Child of Fire

09/22/2021 07:44 AM
=enemies are healing at full hp
=you fight the same enemies even after being upgraded, probably switch depending on what you have in party
=l knew the retaliation skill was broken so l broke the game by winning against the 5 knights*but l die sometimes anyways due to rng stun + random crits rend crit for 170 holy shit
=300% crits are just too much damage, with the crit debuff+ 100 tp skill l can have 100% crit and just spam slash for 400 crit until the magic automaton die
=went from way too easy to so hard even mobs are draining my mana*probably because those fights are meant for 2 actors and not 1
=aiden house not obvious l would have skipped it if l didnt checked every single house
=cant move character at 1h 19m 30sec*seems like if you talk to them in a certain position it gets stuck
=game started to be annoying for me at 4 actors, too many encounters and have to heal nonstop with water magic against poison ground
= ok l did one step at silent forest and went into another random encounter, this shit is way too high
=mobs can defend randomly making the fight even longer than it needs to be
=return to the enterance(dark shrine teleport)
=use an item to see what states is not very good since you have to remember it in the fight, just use dreamx plugin to be able to mouseover states for details because at this point l dont even know whats going on with all the states
=spamming the 100tp skills to win is not fun
=skills with 60% chance to do something but do nothing else are total failure, should always be 100%
=using riposte before my attacks so l cant even strategize against it* yeah another random riposte almost 1 shotted my whole party this should be a charge so l can prepare and not attack
=will do part2 later, not sure how much left there is of the game but if its 25% im probably going to call it quits, the more it goes the less the battle system interest me due to a lot of random encounters, long animations, skills only working half the time, some skills and heroes like dark mage doing 0 damage and imbalanced skills

02/05/2019 05:39 PM
Thanks for taking the time to review my game. I'll do my best to work on my weak points(RTP Graphics, story, writing) on my next game while keeping an unique combat system.

03/13/2017 07:54 AM
It's funny that you keep taking Darkest Dungeon in your examples because it's where my main movement system/battle command interface design inspiration come from.

The game was taking into account if you were backward or forward and took the other as a movement skill.
I really wonder if it's possible with what l have to make something that you could walk in the enemies backline but have some kind of backlash like if you get backstabbed you take more damage. I'll probably have to prototype further because someone else also had this criticism about the movement.

Fair enough, I'll make it so the weapon is chosen right when you fight your ally. It wasn't needed in my eyes so this kind of feedback is good to know.

My writing is one of the worse there is(not as worse as my drawing skills though) but since my only strength is designing I know I have to improve on something and that might be it.

Thanks a lot for that extra feedback.

"It’s a little weird that you can’t do either from the middle: the game will essentially choose for you whether to provide moving forwards or moving backwards ability."

Did it bothered you that W weapon changed when he became an ally? Hows it works is your ally will always have a different armor and weapon than you, so he got heavy armor and 1/2 rifle/shotgun.

How do you feel that besides enemy AI and targeting you can see in advance, the game has 0 RNG?

Thanks for playing and making a very good review.

author=SilverRift
Do I need RTP to play this?

They got rid of that in MV. You don't need to download anything expect the game.

author=Omnion
is there a adult version of this?

Not for now. I don't see it coming either with the artistic resources l have.

10/17/2016 03:41 AM
I will drop the new challenge along with the new patch tomorrow if everything is smooth. I still have to test some more balance in the third stage and make sure all skills works in all situations l can see. 1.21 will also fix a few bugs that I didn't managed to fix in 1.20.

author=jai2016
It's a WoW clone, lol, nah it looks good, great use of the icons

I will be replacing those icons when I find an artist willing to do them for steam wallet as I can't afford RL money.
I just don't want to use RTP icons at all, they're just so... bad.