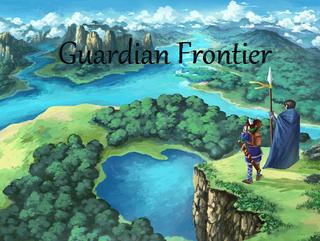 An RPG with classic-style gameplay and a non-classic premise, inspired by the history of exploration and colonialism of the 19th century.

11/07/2018 02:38 PM
Late reply here, but as far as the evolution of character relationships, I always assumed that the characters are talking a lot more often than we see in scripted cutscenes. After all, writing enough cutscenes to constitute all the social interactions of an adventuring party would be an intimidating prospect, and even if they never got tedious, it would still wreck the pacing of the game. Although, there was at least one dialogue scene I wrote which never made it into the final game (between Lifa, Sando and Celes upon exiting Old Yurudos.)

A Dragon Quest style party chat function might have been a good addition to the game, and allowed for more development of the cast without breaking up the pacing too much, but I don't think that RM2K makes that sort of thing easy to incorporate.

Killing People, Falling In Love, And Saving The World...at 17???

11/07/2018 02:25 PM
I think the pragmatic angle, that JRPG developers are primarily targeting a teen-or-younger audience, and want characters they can relate to, is a big part of the answer. And Japan is such a youth-fixated culture that, apart from video games, a huge proportion of seinen manga, or works targeted at men 18-30, focus on characters who're too young to be in the target demographic.

For what it's worth though, when Final Fantasy VII came out, I, as a preteen felt like Cloud was just around the right age for and RPG protagonist. Old enough to substantially grow and mature over the course of the narrative, in practical mechanical terms as well as characterization (if you have a protagonist who spans the gap from level 7 to 99 at the age of 31, it kind of calls for a narrative reason why they're going through such prodigious skill development at that age,) but also old enough to be trusted with adult responsibilities and treated as an adult by other adults.

When Final Fantasy VIII came out, I was still considerably younger than the main characters, but I was disappointed by the decision to move them in a younger direction, and while I could see what the writers were going for, I still found the characters' emotional immaturity frustrating. I think it's a good example of something that may have been consistent with what the writers were aiming for, but wasn't necessarily a good direction to take in the first place.

Pretty enjoyable: Implementing interesting strategic behaviors for boss enemies, that feeling when I have exactly what I need to make a map look the way I want without cutting corners or fucking around with new resource downloads.

Bane of my existence: Looking for new battler sprites or the right piece of music for a quiet conversation scene. If every scene in my game could just be a final boss fight, I'd be set for music for good.

06/10/2018 01:36 AM
As the title indicates. I'm hoping to implement mouse movement which lets the player get around at full speed without having to use the other hand for the Shift button. Letting the player turn off dash isn't a major priority. Is there any way to implement autorun for this or any similar mouse movement script?

I find this whole system completely unintuitive, but since this is really all I really need to know to implement the system anyway, I can deal with not really getting the mechanics.

Commercial Games That "Take A While To Get Good"

author=Liberty
Most of the Suikoden games have a bit of build up before shit hits the fan and things get more interesting, but Suikoden V takes the cake in this - it can be upward of 5 hours before you get into the real meat of the story/past the introduction, however most of that is necessary for the sake of the rest of the game as the political setting means you need a good grounding in the history of the country, the politics and people in them as well as the characters being built up.

It certainly pays off in the long run, but some people drop the game before then, sadly.

Suikoden V was absolutely the first game I thought of with this prompt. It goes beyond just taking the time to set up the scenario in my opinion, until several hours in I didn't find the character writing or basic flow of the narrative compelling.

I ended up enjoying the game quite a lot, but I had a lot of complaints about the writing, and they were mostly concentrated in the beginning. Although the antagonists were pretty lackluster compared to the games done by the series' original lead writer, and I could only call bullshit on
Show
Sialeeds dragging out the conflict because apparently the royal family didn't have the political capital to punish nobles who'd committed literal treason and armed rebellion.

06/01/2018 01:36 PM
Sorry, I didn't see this message earlier, but what point in the script call would I replace with the item's ID number? I'm not clear on which section is supposed to be the ID field. Would this be able to hide a choice if an item is not present? If so, how would I do that?

05/27/2018 12:17 AM
I've been planning out a collaboration with someone off this site on a project that's kind of Adventure Game-ish in design, in an RPGMaker VX Ace engine. A lot of the interaction is meant to involve collecting items which give you new options for interacting with things in your environment. I thought the HimeWorks Choice Options script would be good for this, since it allows for conditional options while interacting with an event. Unfortunately, it seems that having an item in your inventory isn't one of the conditions that it lets you use to set whether an option appears.

The first solution that comes to mind is to use switches associated with all the events where you gain or lose items, so the events can check fro the switches rather than the inventory items. But that's a bunch of extra work I'd rather avoid if possible. Does anyone know how I might be able to alter the script to make it possible to check for inventory items in the first place? Or any other more elegant solutions than adding so many extra switches?

Sorry I can't actually help you out with it. I found it so user unfriendly, I could barely figure out how to get anything done at all. As far as I was aware of, there were no online guides I could turn to at the time. Honestly, I'm a bit surprised that completed games made with it are actually still available.