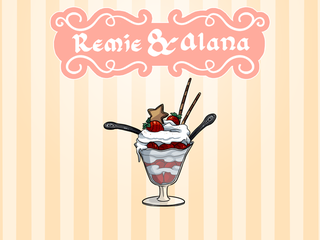 02/18/2018 10:07 AM
Um I don't really have any ideas about 1, 2 & 3, I would it's possible somehow but I don't really get the explanation, sorry. Though having individual maps just for hallways might be a bit cumbersome.

The Create-Your-Own-Character and Crafting both have various plugins made for MV to do that, such as Sumrndmdde's Character Creator EX which works like the character gen from the maker, but in game.
For crafting there are a number of plugins such as Szyu's Crafting System which is fairly simple but still allows for things such as recipie books, or if you prefer Yanfly, they have Yanfly's Item Synthesis which while it can be more complex, it's much more customisable with notetags and such.

02/18/2018 09:57 AM
Such a lovely, romantic haiku, obviously symbolising the meaning of life and the nature of something-or-other

Let me be the first to Congratulate Kloe on her triumphant return to RMN!

Welcome back, me! I missed yo- I mean me!

08/12/2017 07:59 PM
Again? When did you say hello before? Also who's anon?
Anyway, if you're not a banned person making a new account or something like that, welcome lonestar, and have fun here!

Also I reccomend Discord if you wanna chat in real time, it's slightly faster than topics on the forum if people are on, plus socializing woo!

back after a long, long time! I'm a little too much excited to see what I'll do now, I hope I'll eventually learn from my past, and hope to make better games <3 All I need is your guys support and love

author=kentona
What is love?