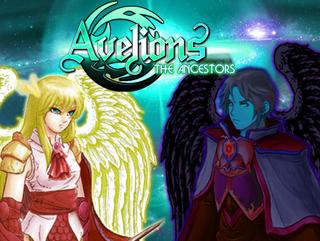 author=KyuubiKeeper
It's nice to finally get this v19 patch update, I love this one so far. but I get the feeling that you're going to release more surprise update tomorrow. I am curious what v20 will end up holding.

Maybe yes. xD Not many, just added more hints
and conversation related to game tutorials to some NPCs.

+ Corrected some dialogues in main mission.

+ Added direction to Lucain's Dorm after the player reached Cloud Haven Forest.
+ Added a hint related to game progress, during the Blue Wyvern Airship flight.
+ Added hint arrows to some computer panels. including the one in the ship's bridge. 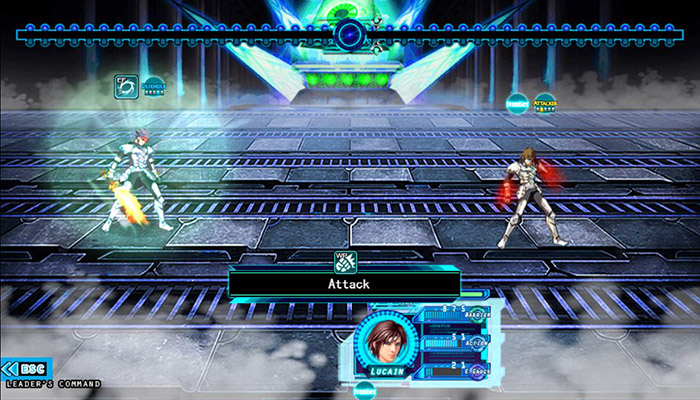 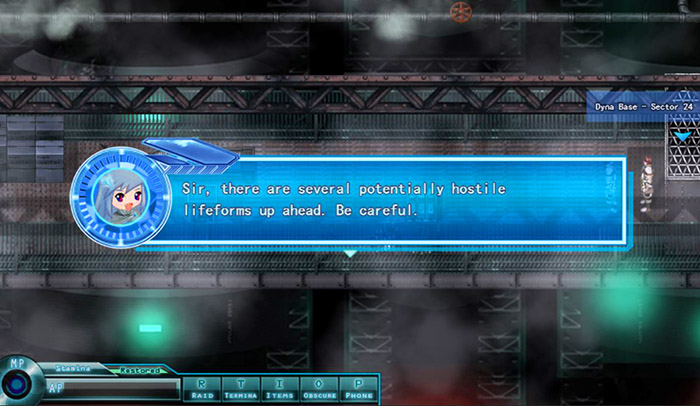 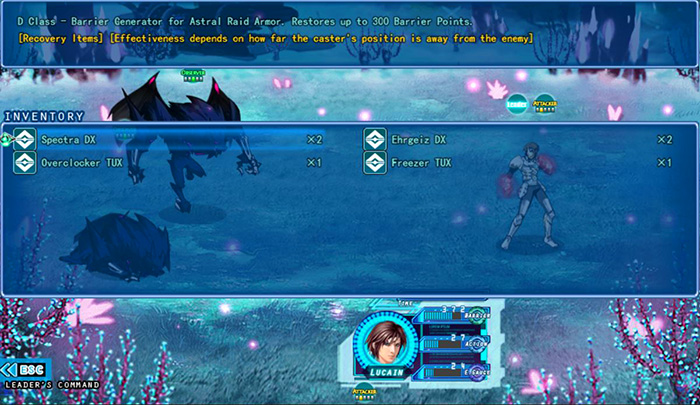 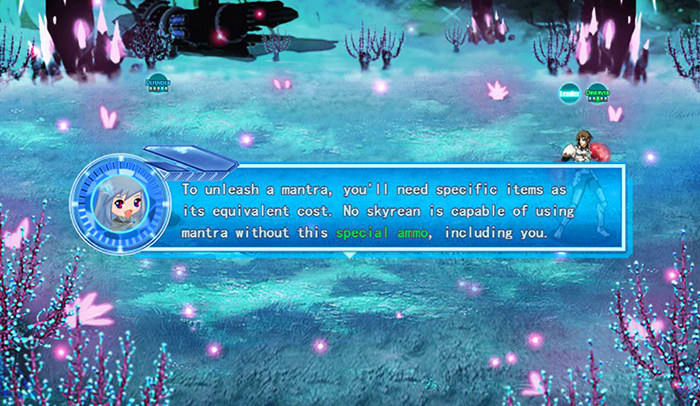 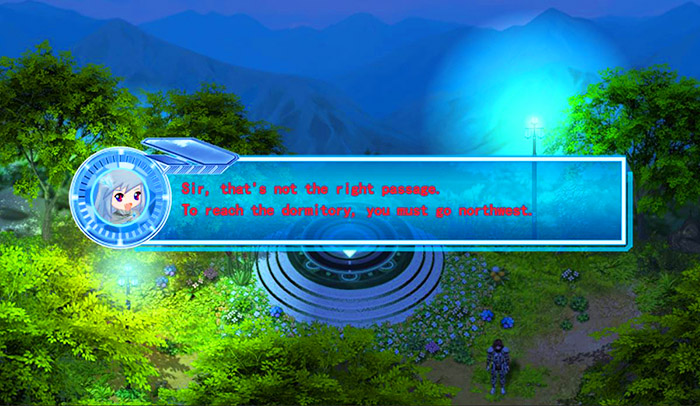 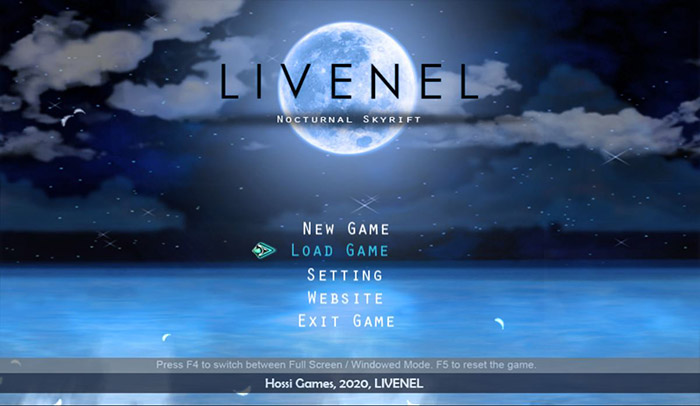 I wrote a honest review. Can I request a character too?^^

Sorry, I missed this post. Yes, but please throw a 11/10 next time.xD jk.
I'll open to any suggestion and I wouldn't mind naming npc or character
with a friend's name. Just PM me. :)

I've finally finished the ep.1, the game ended faster than I thought it would. Yes, it provides one hell of a view, -pleasing to the eye. And I’ve spent countless hours in the menu, but the fights and anything else were felt bland. So, this was really mixed feeling for me as too many in-game features kept me from fully enjoying this game. Of course, depending on who is playing it, there are might be different reactions.

I thought 3-5 hours for a technical demo was long enough? xD

You can add more subplots to your story to help further flesh out the world you build. For example, make that terra aircraft fall from the sky. Thus, your character actually get a chance to venture into the new places to get a sense of how the other side lives. I particularly would love my character sneaking around the enemy hideouts and or let him blend in and befriend them.

That would be great addition to the story, thank you!

Q1 Where can I find long-range magic sphere or a diagram to craft it?
Q2 Can I unlock the twin gate in dyna base? What's inside? And the cave in the first area too. I know it's the game demo, but at least let the players know if it's locked or inaccessible at the moment.
Q3 How to control the speed of the aircraft? Is there a way to land faster to its destination?

Currently, there's no elmspheres diagram in this game. Idk bro, is it necessary to add that? What do you think? Yup. You can't access that places. I'll fix it ASAP. About the aircraft, what do you mean? Shortened the announcement or what?

The game is certainly not perfect. While the fundamental aspects, some scenes and new additions make it worth reexploring the entire episode, there are some game features that feel unnecessary. The first areas make the game can be frustratingly soft-locked and I don't like the fact that too many characters that serve as -information flyer-. It’s beautiful and confusing at the same time. Overall Score 6.5/10. Hope this review can help you improving the game.

Characters or NPCs? Don't worry I'm bracing myself to get any feedback.
Feels free to post anything. Hope to hear more from you.

author=WheelmanZero
I'm going to print out this screenshot, frame it, put it on my wall, and pass it down to future generations as a family heirloom. You're really just too much dude. All this hard work you've been putting in makes me want to work harder too. You better believe I'll be playing your demo when I get some more time on my hands!

A promise is a promise. xD The same thing goes for me, my friend. I had been struggling with low self-esteem for months, before I got inspired by your game and you enlightened me that day to finishing what I started. Thanks, I'm looking forward to your feedback! <3

05/06/2021 04:52 AM
Cool map with great atmosphere! These six candles on higher terrain,
could you move 'em up a little? It looks like eight candles are standing
next to each other on the same row. My OCD spirit keeps whispering
that to me. XD

author=KyuubiKeeper
Got his, goin to check what i missed later. so yeah, ur welcome.

Sorry, I've just found that there are some listed enemies in Enemy Data
which can't be unlocked yet. So, they're probably the ones you missed.

author=KyuubiKeeper
how many boss fights in the demo? still miss at least 2-3 enemy on bestiary

5 battles, 4 different enemies (You'll fight Doom Ferwinzel,
twice, one from Side Mission and one from Main Mission).

Where u can fight Doom for the 2nd time? Random idea; for the first boss tht looks like a horde of zombies, maybe you can give him a spec skill where he spawns a minion whenever he reachs certain amount of hp. 1 more thing I didn't like on my 1st run; in tht dungeon the mobs seem can't respawan themself, which makes your character can't grab more cash to buy items from the merchant. For a tutorial stage ;if you really intended to; as the most games would do, tht's not nice. I'd like to give my 2nd playthrough another shot once you fixed it.

Thanks for the feedback. You can find the other
Doom Ferwinzel near the Blue Wyvern/Eisenclad Base.
Thus, it gives you another chance to scan him.
By the way, which number on the list (Enemy Data) you missed?

Yes, they are not re-appearing, sorry for this issue.
I'll put in extra hours to work on these ideas ASAP,
and see if that works well. Thank you so much! :)

+ WASD key can be used for cursor and character movement.
+ Q and E key will be used for Page Up and Page down.