09/10/2019 09:01 AM
I just found out about some Pokemon mobile game called Pokemon Masters. I had actually planned to make a game that involves 3 on 3 Pokemon battles as my 2nd RPG Maker game, so I was taken aback to the similarity. My game is probably nothing alike in practice though, so I shouldn't worry about it. What's funny is that I was considering making it a Mega Man game instead. (because I realized that Pokemon and robot masters are interchangeable) The reason being I would only need to make 8 characters (minimum) if it were a Mega Man game.

TCGs as a basis for skill creation

I didn't have to use MtG cards, but I feel the fanservice adds to the game. I try to keep effects literal where possible (Lighting Bolt deals exactly 3 damage, etc) But in some cases like tapping/untapping lands I have to take some liberties as to how those effects translate to an RPG.

Deckbuilding is a part I decided to cut from the game. It would probably create a lot of balance issues which was going to make playtesting more time consuming. But with a good leveling system, letting players choose their deck contents wouldn't make things too unbalanced, since exp/leveling would serve as an equalizer. So maybe I will add it in someday.

One thing I did was offer a sort of real time deckbuilding by adding a skill that shows two card and you choose one. So you can pick the one you want or whichever benefits you in that situation. It took a while to implement this, but I feel it was well worth it! It's one of the highlights of the game. 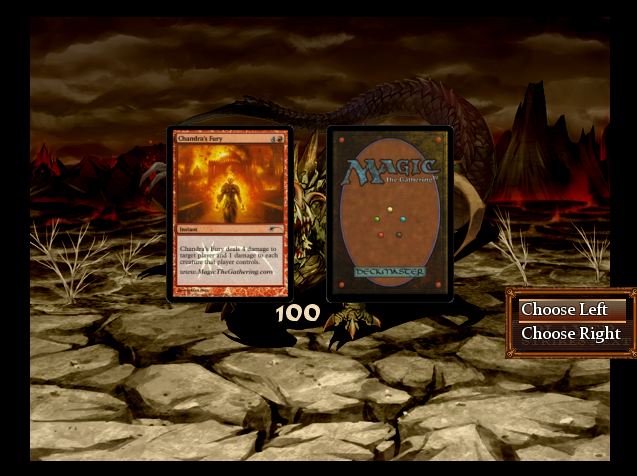 The game has no summoning. But I HAD brainstormed at one point making a game where the party is only one person and you simply summon monsters (party members) that go away at the end of the battle. They would have less HP than you making them somewhat fragile. I remember looking at scripts to determine whether such a game was possible to make in VX Ace, and from what I remember it is totally possible, at least in theory.
I had a very nonlinear game in mind, there could be guild bosses and you go around learning/mastering the various colors which you can do in any order.
red = damage spells
green = creatures
white = healing
Obviously green would have a major emphasis in such as game. Nothing says the colors have to be equal.

"Randomly drawing attacks is definitely the least interesting part of TCG combat, and the first thing I'd remove if I were making a single-player game."
I may have to disagree there. The same logic apples to both PVE and PVP, it keeps battles interesting otherwise they'd play out the same every time. It adds 'replay value' to battles.
I really like the card system in in Mega Man Star Force 1-3 for instance. Very fast and simple game with tons of encounters but the cards keeps encounters unique and it makes player feel like a improvisational badass using their dealt cards as effectively as possible.
It's also why Black Rock Shooter is dumb. Just equip the best 4 skills and spam them at the start of every battle. Even worse are those skills that pause the battle and make you watch an animation of BRS doing a cool attack. Meaning that most of the time the battle is over as quickly as you can press X and only in those rare cases the enemies survive your initial onslaught do you actually get to, you know, play a videogame.
And in a regular RPG you just spam attack to conserve MP.
Randomized skills are a godsend imho.

edit: This illustrates how deckbuilding could have worked if I decided to include it: 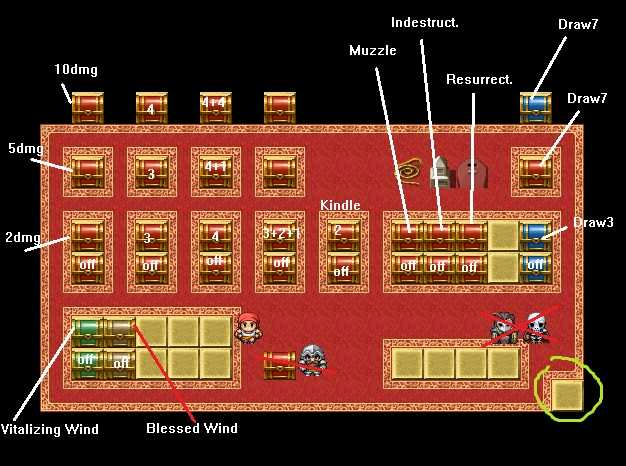 During battle, each draw is a random number (such as 1-10) which produces whichever card the player chose in advance to go into that slot. 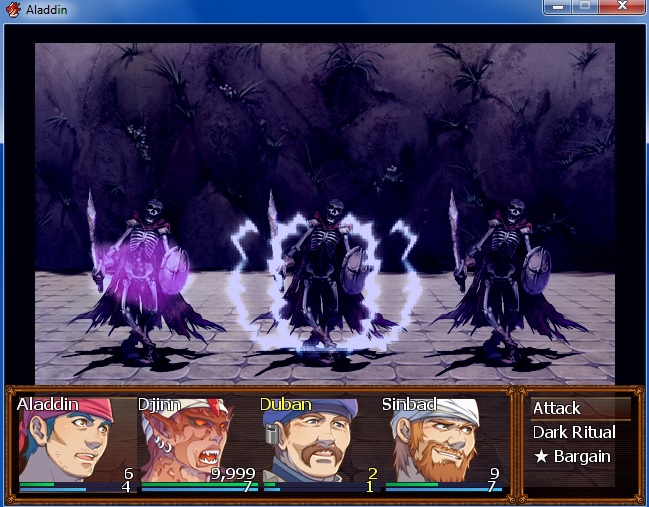 04/18/2019 01:44 AM
Ridge Racer Unbounded has it, but I have yet to really delve into it. Also I was actually kind of disappointed after trying it out for myself, since it made me realize that all the courses in the game are quite possibly just made from the same preset jigsaw pieces snapped together in various formations and that most of the corners in the game are exactly 90 degrees and I just hadn't noticed. o.o;

The game's official City Editor trailer makes it look much more impressive than what I actually thought of it from trying it out myself. Maybe I should give it another chance.
https://www.youtube.com/watch?v=LZpPTUCpt8E

You do not need that many because many TCGs let you include multiples in a deck. Magic players are familiar with the "rule of 9" which means that, if your deck has 24 land, and four copies of each nonland card, then your deck has only 9 unique cards. A two player product would therefore need only a minimum of 18 cards, even less if the same card appears in both decks, but more for there to be a deck customization aspect. (though even 18 offers SOME customization since you're able to mix cards from the two decks, something you can totally expect a competitive player to do if you tried to hold a tournament where that was the only product)

09/29/2018 02:44 AM
Battle animations are a very good way to help the player digest information about how the battle is playing out, who's doing what etc. So it would be ludicrous to suggest that they are unimportant.

Just now I was doing an event and I decided to replace the event with the player. Which isn't really a big deal but my brain just shuts down and is like "I don't feel like doing this right now".

I am doing a scene with the player, an NPC, and a dragon and want to have all three moving. This is such a hassle in RPG Maker. You can make the player and one event move but when you introduce any other event you either need global switches, parallel processes, or some other form of gossip and trickery.

*sigh* I want my second game to be entirely in first person. :|

Commercial Games That "Take A While To Get Good"