The dead armies of games forgotten lurk in the dark, waiting for unsuspecting developers to lose their way on the path to their current games and stop in their tracks to think of days gone by.

It's time to dig them up from their early graves and release them on the world come this Hallowe'en.

Yup, it's that time of year again! Combining Release Something and the annual Halloween event, we task you with taking an old, abandonned game, shining it up and letting it run free in the fields of 2019.


Rules
- Start on October 1st
- Finish by October 30th
- Game MUST be abandoned. In this case, not worked on for at least a few months or put aside whilst you worked on something else. It can be game ideas that you threw away and didn't get far into creation, too.
- There needs to be a decent chunk of work done on it over the course of the month.
- Any engine, any resources, etc
- Must have a game page made and accepted to the site BEFORE the end date.

To Submit:
- You need a gamepage that has been accepted to the site (either newly made or an older one from the initial creation of the game)
- Sign up to this page as a participant.
- Click the Submit button at the top-right of the page.
- Upload the game to your gamepage.
- Choose the proper download for the game from the drop-down list and hit Submit.

Edit: About @lavendersiren game, you guessed the first two (Kirby and Jigglypuff) but the third one is impossible to guess as it's an OC. (or it's some obscure anime mascot, I'm not quite sure lol.)

Close
10/15/2019 10:39 PM
@ESBY Huh, cool. Though his sprite could use some work. I'm not trying to be mean or anything, but that character design is very much in uncanny valley territory. Maybe you could take inspiration from the Pokemon Crystal Raichu sprite for a new version?
Gourd_Clae

Close
10/16/2019 03:20 AM
update: I have come up with cool dialogue, character concepts and battle concepts and successfully scrolled through twitter instead of implementing them (or anything else I was supposed to be doing) My current plan is to continue procrastinating then complete a fully polished 268-hour epic in the 5-hour span before the event ends.

Close
10/16/2019 05:18 AM
Raiblu is actually a highly modified raichu/azumaril fusion. His old sprite did use actual pokemon sprites but his design kinda morphed over time and I gave him new sprites to match that (new design choices included giving him a neck, which neither base pokemon seems to have).

Close
10/16/2019 06:34 AM
@stormcrow: It's the first time I'm doing anything like this so if you'd like to be my guinea pig voluntary test subject feel free to get fucked up and play the game. See where it takes you.
Kylaila

Close
10/16/2019 02:51 PM
I'm currently working on Lya's movement system. It now uses velocity and acceleration instead of static / full speed. By making the acceleration tile dependent, Lya is much more difficult to control while moving on ice. Here is a test version where you can feel the difference by dodging arrows on ice or on grass.
I also made the collision detection such that Lya is now able to move close to tiles that create partial move obstruction. In the screen shot below, Lya's collision box (in yellow) is inside tiles that have partial obstruction (in red). 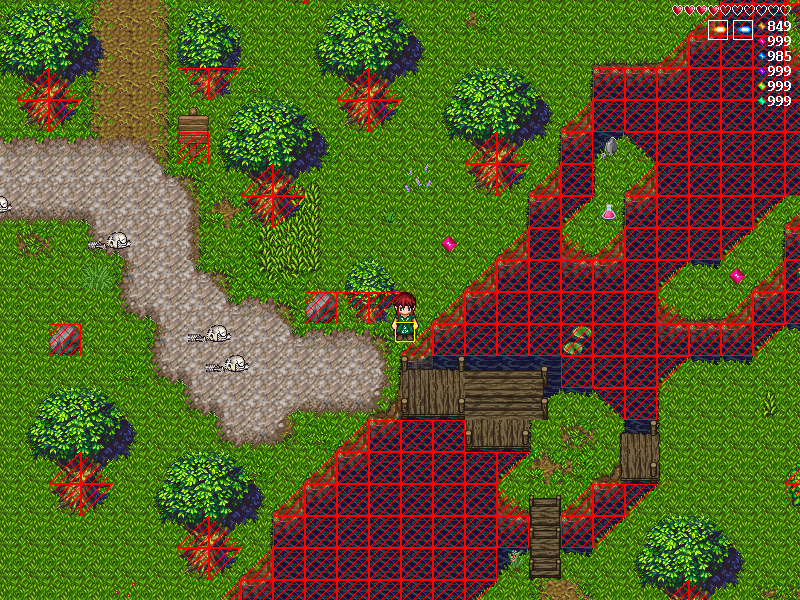 Close
10/17/2019 07:19 AM
More useful UI working, including switching between aiming and normal mode. The button is just a block of text still though, I've mostly been focusing on the aiming itself since that's the most complex part. A lot of that video is just me showing that you can hit cancel or right-click to get out of aiming. Also the turn correctly ends when you complete the attack.

No animations for the actual attack yet, though.

anyhow um *panics, kind of* I think this title screen I designed is pretty cool. 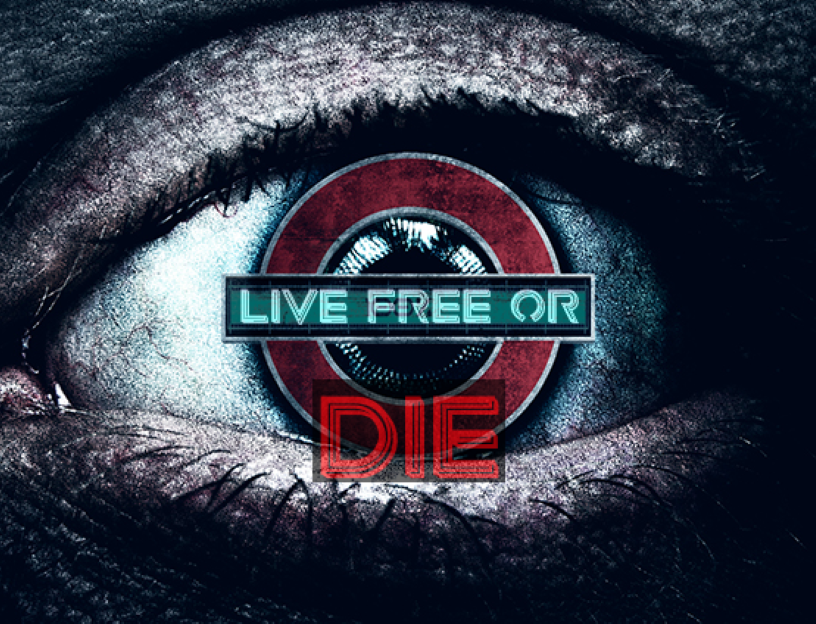 also I can legally use it. yayyyyyyy. sorry if that image is like huge, that was just the default resolution of RMMV in auto-play, I forget how big that is.

does that fit a prompt or no such luck? I thought I saw a pretty vaguoo one but... where are we? where am I?

Does anyone realize how utterly terrifying Rico Rodriguez would be if he were real and physics "applied" to him in every way the way they do in the video games?
Delsin7

Close
10/18/2019 08:42 AM
Phew, got some paid plugins to help some stuff. (mostly got em because belated birthday money and because they were on sale, will def use em more later tho)
Got em installed and working, tweaked some stuff, made a new title screen with effects that don't show up on screenshot, and now gonna continue work on events.
Show 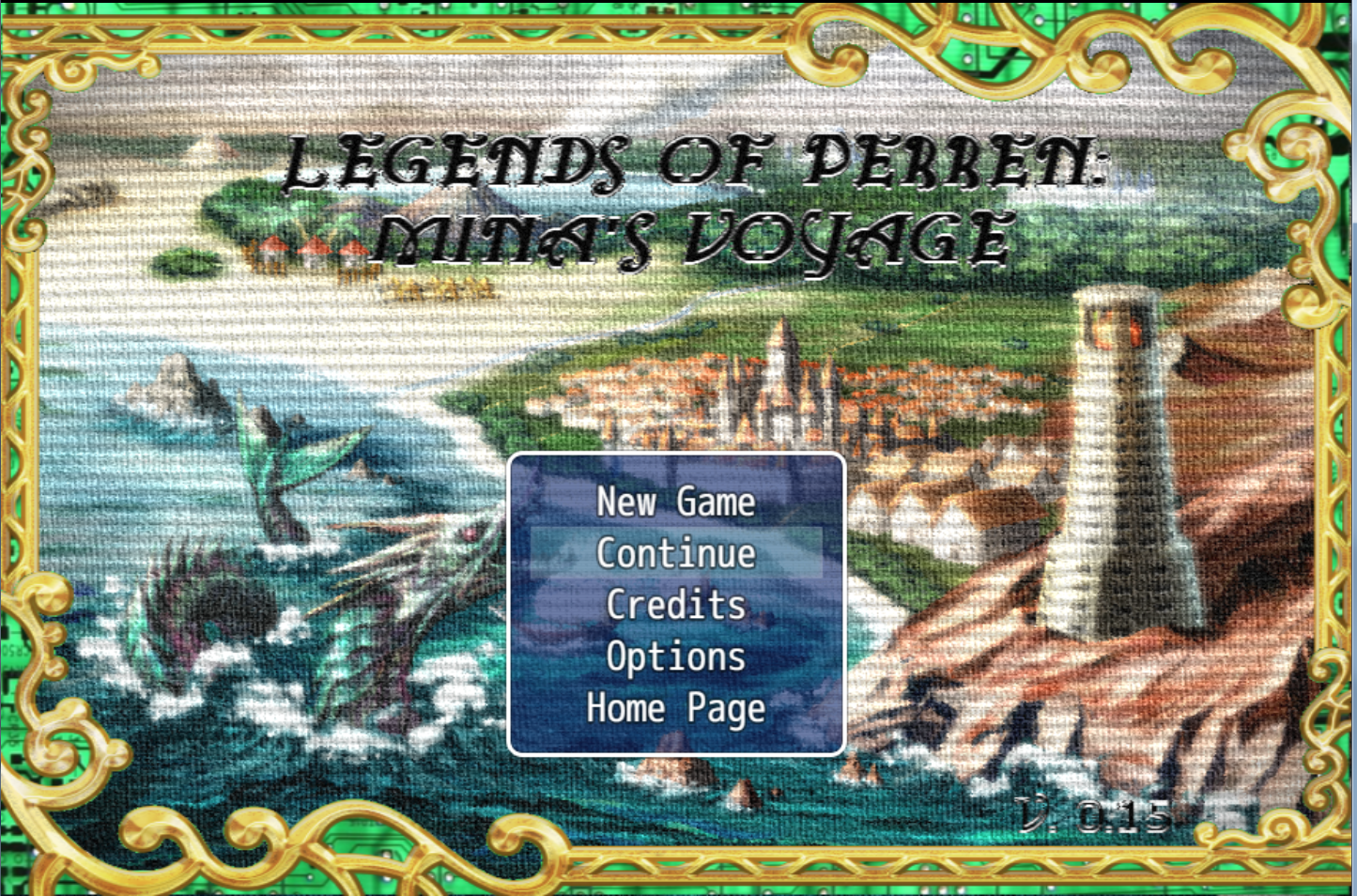 Close
10/19/2019 01:13 AM
Update: I'm still in this and will probably get a demo out before the event ends
Unfortunately one of my files for the game didn't save properly (for whatever reason) and got corrupted. Luckily I have a backup but it hasn't been touched up for awhile...hopefully I can remake some of the stuff and make this a bit better than it was before.
Hazelsoft

Close
10/20/2019 11:48 PM
We're in the final weeks!
Things are coming along nicely but it's still AAAAaaaaaaaa to keep up enough to keep up with the schedule. Having Pudding as a playtester has proven to be invaluable to the debug process, though I could always use more testers. I've decided to skip the final dungeon and instead focus on the cinematics for the ending and final boss sequence. This should lend well towards final quality under the circumstances of a tight deadline.

Close
10/21/2019 01:04 AM
I've got 1/2 an hour of gameplay that isn't necessarily the 1/2 hour of gameplay I want to show off in a demo, all things considered (the game starts you off as a deuteragonist during a prologue episode only indirectly related to the game plot; this decoy protagonist effect if exactly what i want for the actual game or even a much longer demo but feels weird to release as representative of the game), so I've got some dev work to do. I've got a game page that exists but doesn't have any screenshots yet. I did do the CSS (not my strong suit but I think I did okay, same thing I'd say about the CSS on Chapelwaite or The Staircase) and the main game blurb but I've yet to take the screenshots, although I just pulled down OrangeScreenshotSaver dot js for that express purpose.

All in all this has been less hectic and insane for me than word roulette or swap in the middle, but those events both went down when I was unemployed and practically a shut-in. While I was on the 2nd half of swap in the middle 2 I was in the midst of moving cross-country but that kind of just stoked the fires of feverish gammakking. Now I'm juggling a jorb, necessary household chores (care and feeding of my dog tops the list but still too broke to take him to the vet grrrrrr fuck capitalism), a nascent social life even, plus various creative hustles to try and get the money to pay the rent. All in all I've been able to participate this at a much less insane pace than past events although that probably has more to do with the fact that this game was poised in my mind to become my main project more or less at the same time this event launched than it does with any of the above factors.

I have some unknown portion of 10 days left. I've known that Bring Me To Life was out of the question from the getgo. Right now I'm overqualified for Call My Name but falling just a bit short of Can't Wake Up.

random request: Liberty (or whoever) would you mind sharing the CSS for this page? I feel like I (and others, not every request I make is motivated out of pure selfishness, swears) could learn from it as an example. Yes, I mean in addition to the ancient tutorial that ChaosProductions made about CSS'ing your game page years ago, which I'm very aware of.
Sam 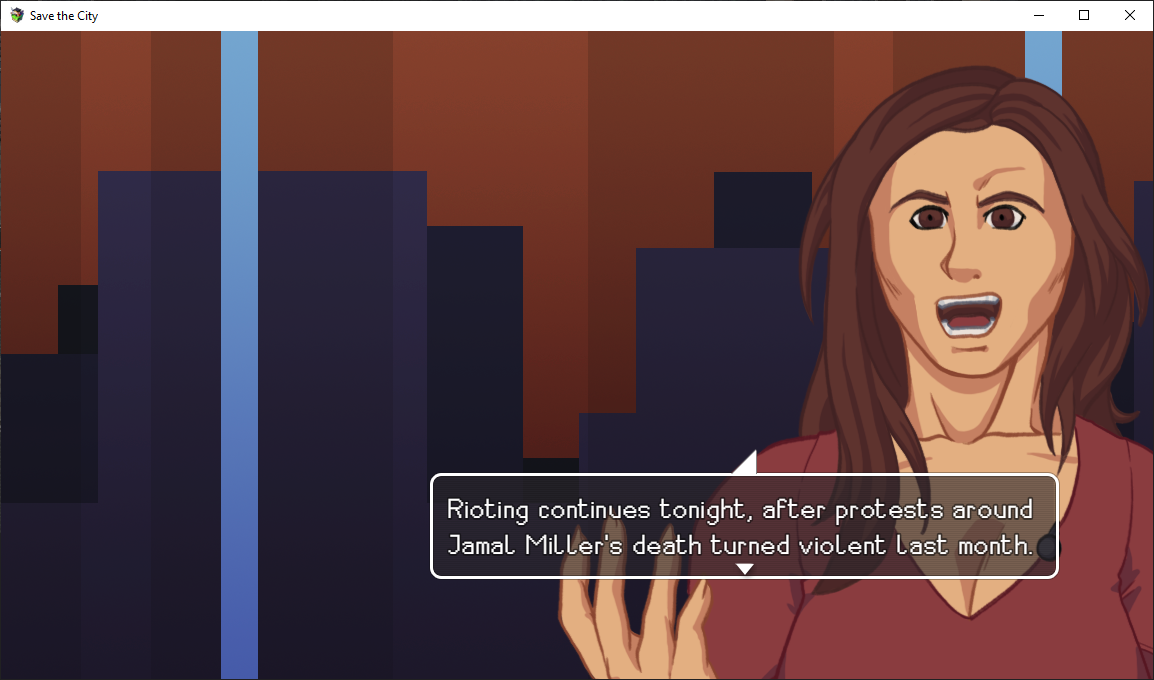 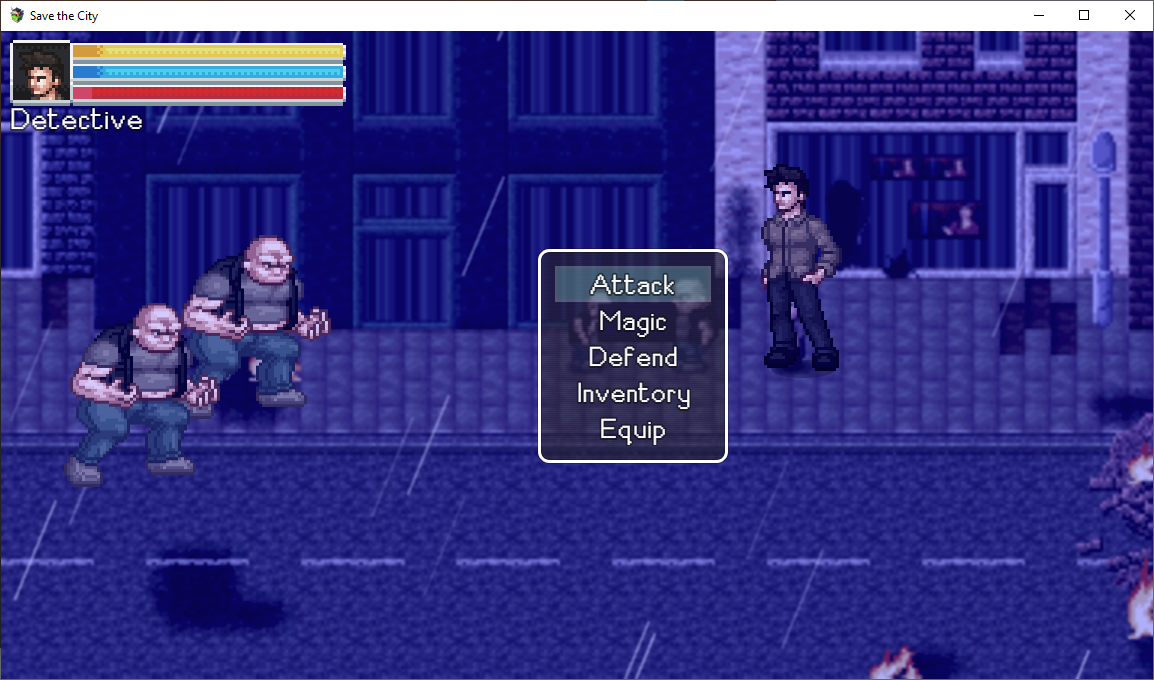 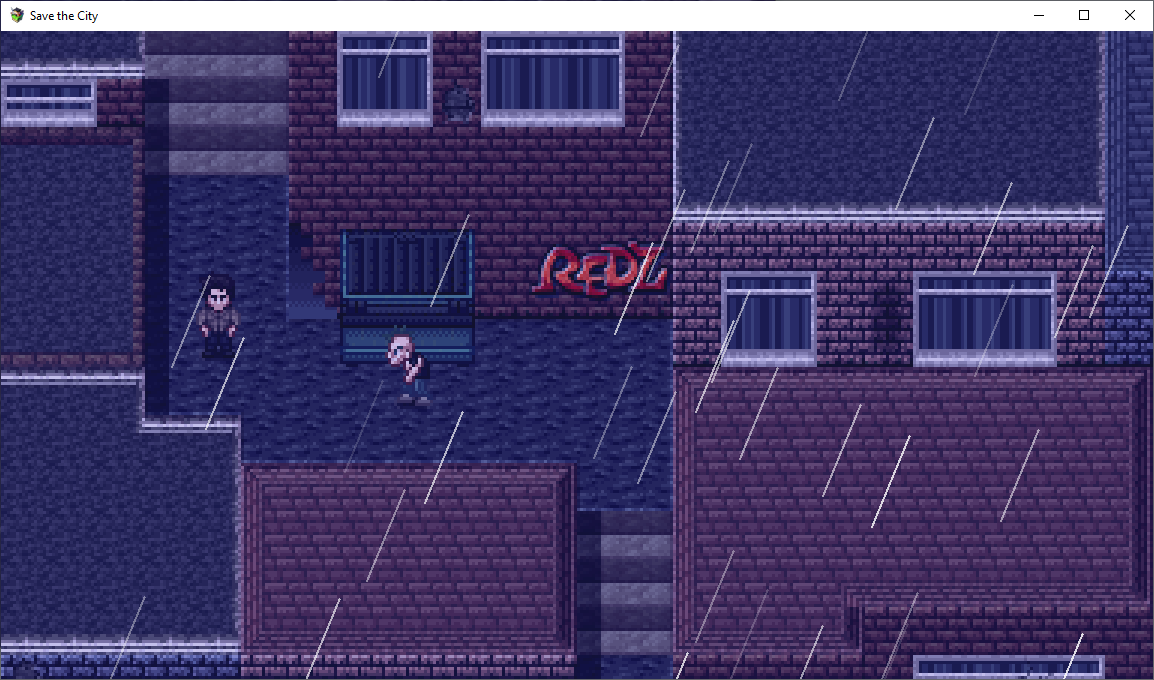 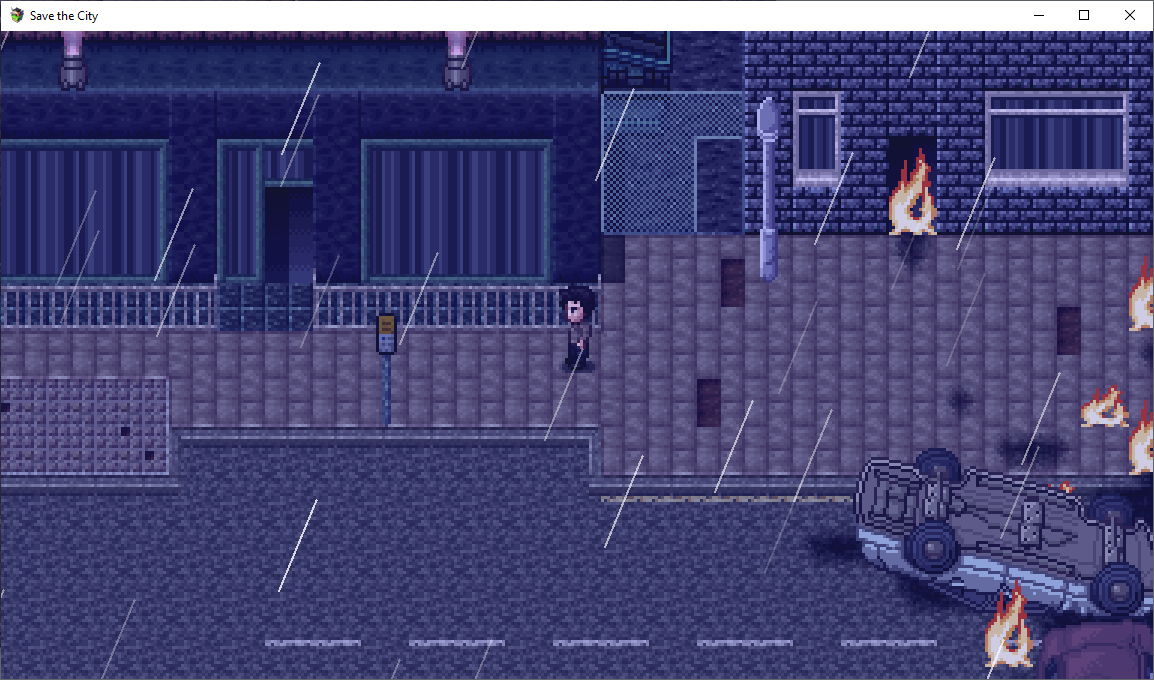