04/16/2022 09:21 PM
Nice and congrats!
I wonder how much extra languages actually help to sell/spread the game. The Japanese looks mega dope, tho. I would even consider using some of it international promo (the game aims at manga readers after all).

author=MakioKuta
*blows wind off the login button*
AH YEAH NEW UNITY GAME!
*crawls back into my dark, cryptid dungeon only to emerge the next time the planets align*

same tbh
Also, the list of people helping uni with this is hype! Honestly, Fomar making a class system for IA could be big.

04/16/2022 08:59 PM
My laptop died about two weeks ago. For me, it means several things. I might end up downloading the discord app and being little more active there, I don't have a proper access to video and graphic editors and I immediately started craving games and other media. So, earlier today, I downloaded a handy game.

Xenowerk Tactics
This is a The Thing inspired premium xcomlite of which a good part is playable for free and without ads. Really, the developer is super generous. The game is very light in comparison to desktop tactics games. You heal and upgrade your soldiers in a base camp, but you don't have anything to think about here and no hard decisions. You just put wounded soldiers in a med tent and experienced in an electric chair to level them up. There are only three classes and you have three spots in your squad and having all special powers at your disposal seems to be always better than experimenting. No difficult decisions here.
The most fun part is traveling around the map and getting random encounters. It feels good when you have a character trait to counter them.
The tactical part is fun and easy to control, but it got fairly repetitive fairly quickly, because it is slightly shallow and mostly about positioning your characters and, at a higher difficulty, running away from monsters.
It has a cool icon too. 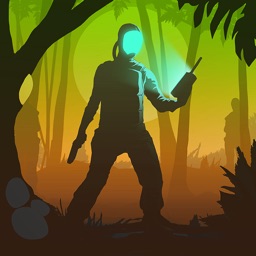 04/16/2022 08:36 PM
It is always a good day, when you hear about a new unity game for the first time and it gets even better with an information load like this.
I'm hyped and I'm also happy, because it reminded me that I still haven't played Allure and that I have a very affordable and pleasant vacation ahead.

Show
Also, I'm on my mom's computer and the English keyboard layout is very funky.

If I did stats again would you donate? (donation drive)

What are good game engines for making a Card Game?

03/31/2022 10:31 AM
I recommend trying some simple card games at itch.io, which don't require an AI. My favourite is Patient Rogue. In my opinion it's an easier task to make a game like this with your resources and you might even create something more original than a card battler. There are so many ways for cards to work in a card game.
I would also second a notion to make a physical prototype first. It will look great in devlogs too.

It has been an active start of the year for me, but i can't say it has been equally satisfying. Also, yeah, global events and one event in particular suck.

Misaos - Game of the Year!