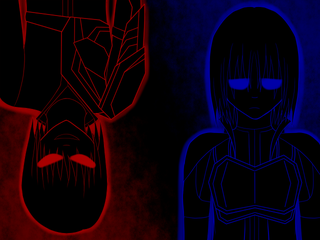 Prayer of the Faithless

On the brink of the apocalypse, two friends struggle to find what is worth saving

Great! I hope you enjoy it!

author=Sgt M
Exciting times ahead! Congrats on the demo release!

Thanks! And thank you both for taking the time to test! I really appreciate it.

Have a nice nap!

Will do. See you in a year!

Ask developers Mirak, superstroke and zDS anything on my podcast, RPG Maker Cola!

12/14/2020 11:00 PM
- What are your tools of choice when creating assets like art/music and why?
- Have you ever worked really hard on a game only to realize there was something fundamentally flawed with the design? What do you do in that case?
- How much time do you spend designing/planning your games vs. actually getting in there and building them?
- Preference: Awful original graphics or well-used RTP?

author=Darken
@RedNova: That def makes more sense, mainly the idea in making it less relative to the battles individually and more on what I think works for the characters as they increase in levels. Not sure what you mean exactly by grades (or at least how to implement those), I would just assume to have a list of all the "C" grades per level and use that as the relative point to add or subtract from. Though I suppose you mean manually setting hard limits also?

Though now that I think about it, it might just be be better to have the acceptable agility be an exponential increase from a level 1 acceptable agi value using the character's level as a multiplier instead of having an stat chart.


You pretty much got it right. In battle, the AGI affects the grade, and the grade is what affects the ATB charge rate. Here's an example chart:

To find the grade of a battler, compare that battler's AGI with the average AGI for that level (an exponential increase from a level 1 AGI value is a good idea), and use the third row of this chart to find the battler's grade depending on how far from the average it is. Then, in battle, multiply the universal standard ATB refresh rate with the value found in the second row of the chart at the column associated with that battler's grade to get the refresh speed of the ATB bar for that battler.

In this chart, the red columns are the phantom grades that I mentioned before that can only be achieved when a battler receives a buff or debuff during battle.

11/19/2020 12:03 AM
While I don't have much experience with designing ATB systems, one thing that immediately stood out to me about your thought process was the idea of defining the standard pace of battle by the fastest battler in the scene. While this can work, this approach can also lead to inconsistency with how fast each individual battler feels, as enemies with various AGI stats can change the speed of your party members from battle to battle, leading to an inability by the player to draw a solid connection between their character's AGI stats and the effect on the ATB.

What if, instead, there was a universal standard speed that all battler's ATB gauges filled, and the only AGI stat that modified each battler's individual ATB recharge speed was... their own? More specifically, what their actual AGI stat is compared to a standard AGI stat for a battler at their level. You can then assign a letter grade to that character's AGI based on the size of the difference, and use that grade to modify ATB gauge recovery speed. An "E" grade, for example, would have the slowest ATB recovery speed, "A" would be the fastest, and "C" would not affect ATB speed one way or the other. Assuming the average AGI stat of a battler is == their level, a level 50 battler with 50 AGI would be given a C grade, and would not have their ATB charge rate affected in any way. The exact threshold between grades is defined by you, the dev, in order to set a hard ceiling and floor to prevent any lopsided scenarios where a character can act five times before a slow character can act once.

Buffs/debuffs, as a high concept, instantly move a battler's grade up and down a level or two or three. You can even add phantom grades to the very ends of the list that can only be reached through battle effects to ensure that characters already at the edges of the grade list still feel the effects of a buff/debuff.

So, here I am, thinking that I should do procedural generation in MV. And also removing keyboard functionality.

09/30/2020 03:12 PM
Barkley, Shut Up and Jam: Gaiden is a transcendent being that can't be encapsulated by such basic human definitions like "sport in a game."

Anyway, I'm not sure whether you'd call it a "sport" but I sunk waaaay more time into Yakuza Kiwami's Pocket Circuit than I want to admit. Partially because it was a lot of run tweaking my car to match tracks, but mostly because it was hilarious to see stone-faced Kiryu emotionally invested in a children's racing game.

I don't want to add sports in my games primarily because there's no context in which a sports minigame would make sense. If I were to add one, I'd probably try to make said game a natural extension of existing gameplay rather than rewriting all the rules from scratch. Liberty's snowboard minigame seems like a good example. Mario Odyssey had a few sports minigames that used his natural moveset to play.
Pages: first 1234567891011 next last