Close
Just a guy who loves rpg's. Thanks to some serious encouragement from several new friends and the community at large, I was able to complete one of my own. Game making is my favorite hobby, so you can expect more games on the way. Play on fellow gamers, play on! 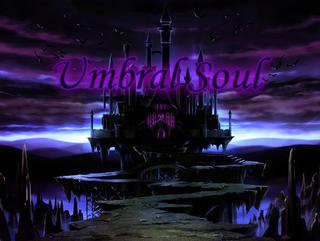 Build an army. Embrace the darkness. Conquer the world.

03/28/2021 06:08 PM
You're far too kind good sir. This game still has some issues that needed ironing out, which is why I've been working to improve it. If I was better at mapping I'm sure I'd be done by now, but it's easily my biggest weakness which I've been trying to improve over time.

The sequel's story is completely done and I believe I have all the resources I need, so all that's really left to do is put it together. Of course that's easier said than done considering a lot happens during the story. So...many...bosses.

From what I can tell your english is just fine dude. I mean I never have any trouble figuring out what you're saying. I appreciate the sentiment though! It's always awesome to hear when someone's having a good time because of something I made. Gives you that warm fuzzy feeling, you know?

03/19/2021 04:25 AM
The last update was a loooong time ago, so the changes I've been talking about aren't in the current version. I've been making them as I go, but rather than add in a bunch of little patches I'm just going to dump all the new stuff into the ultimate edition. I'll be sure to make a big fat obnoxious blog post about it when I release it, so you'll know when it's available to download. Thanks for sticking with the game, you won't regret it!

03/18/2021 03:51 PM
Pfft, nah that's not a dumb question at all. I've made a few updates during the game's rather lengthy lifetime so it's not surprising that you'd ask that. The version that's up now is the latest completed version that I've released, but I am currently working on a final update that fixes a lot of problems, upgrades some graphics and skills, and adds a boatload of additional content. The game's still perfectly playable as is, but once I've released the final update, it'll be the finely polished diamond I've always wanted it to be.

In fact, there's a new set of dlc animations for VX Ace I purchased recently that I'm using to remake some attacks to make them feel more impactful. If anyone thinks they'll be playing the same game when they replay the final version, they're in for a pleasant surprise. Thanks for the awesome compliment xxNjckk, and I hope you'll join me for the final version.

It has been a few years since I completed your game and I have yet to thank you. I would have replayed it already, but decided to wait for the new finished version. This game stands out even to someone with decades of RPG experience. You managed to make things work, that should not. Starting with the way that the traditional skill system is turned on its head, thinking of the main character, it just works perfectly with the story line of playing the powerful bad guys, all the while keeping the fights challenging and not too repetitive. How?! I ask myself, and others should as well.

But what truly stands out to me is the way you handled the story. There is a fine balance a game creator has to make when making a story heavy game, to keep a game, a game. With all the darker aspect of the story, there could have been so many pitfalls, getting too "edgy" or encumbering a player with too much philosophy and so on. During my playthrough not only did I care about the story and its well written characters, with suspension of disbelief, but I also had a lot of fun.

Now that I glazed this post with enough sugar, we can get to an aspect that disappointed me :). I wonder if you have made changes since. Maybe I'm just wrong, it's been a while since I played the game. So I collected every recruitable monsters and completed their final form, leveled them up. Sadly they just never became viable, they were always inferior to the main characters skill and power. Also, who could live in peace without hearing all the dialogues! I wish there was some other element to them, they could have been more interesting if at parts of the game one or more main party members were missing or if they were an extra companion somehow 4+1. Or to unlock a side quest area with them. Or if they were simply stronger in certain fights compared to the main characters. But having said all this, just completing the recruiting side quests for them was rewarding enough already.

I apologize for rambling on so long, I notice how you take your time to read and reply to every post in a very kind and personal manner, every person could learn from you, I certainly did.


Man oh man, where to even begin with this awesome post? I guess I'll kick things off by thanking you for playing the game and sharing your thoughts. Hearing stuff like this really does make a difference in how I approach things. What's that? I say that every time? So what, I don't know what else to say, alright?! Wait, did I use that joke already? Nevermind, let's just get to it!

I certainly don't claim to be an expert on story writing or game design, but I do know what I like. I basically tailor made this game to suit my own personal tastes, with a battle system I enjoyed and characters that were fun to write. After all, I had originally never planned on releasing this game to the public, and made it only for myself. It turns out a lot of other people share my tastes as well, so things really worked out in the end.

Ah yes, the summons. This is far from the first time I've heard this particular point made, but you might be happy to know I've been working on a solution. While the summons were never really meant to be on par with your overpowered group of dastardly dark mages, they were meant to play specific roles. Draconus for AOE fire attacks, Lanith for debuffing men and healing, the Phoenix for HP regen and revival, ect. I've been tweaking their movesets so that they're far more adept at their individual roles right off the bat, and generally more fun to use.

Before I go any further I'd like to share the approach I usually take when designing characters' movesets. I personally find characters more fun to use when they have a specific skill that is easy to use while being fairly effective in its purpose. A "signature move" if you will. To use an example, Damien's signature move would be Puppet Dance, while Pandora's would be Shadow Bolt. Each character needs a move they can fire off almost constantly without wasting too many turns gathering resources for it. If a character has too many moves that require a charge time without being able to do something useful in the meantime, they end up feeling clunky and not as fluid.

I realized this was a problem with a few summons like Lanith, in that their signature moves either require too much buildup or are simply not that useful. Using Lanith as an example, I've decided to eliminate the cost for Soul Stealing Kiss, so that she can use it without gathering TP first. In fact, it now actually restores TP so that it can be used to fuel her other physical skills. Another player had mentioned that they were disappointed that the Chimera's final form lost its thunder spell, which weakened its combo potential with a certain other character. I happened to agree, so I've given that particular summon a new thunder spell as its signature move, whereas its other moves take a much larger amount of resources to use in exchange for increased damage.

Another issue that was brought to my attention is the fact that gold is relatively hard to come by. I've remedied this by giving monsters drops. Whereas only human enemies and bosses dropped gold before, now most enemies have a good chance of leaving behind something you can trade for gold. This will make it a lot easier to buy demon's draughts in bulk, allowing you to level your summons and obtain their full movesets without having to grind too much.

I guess what I'm trying to say with this long winded term paper of a post is that I've given summons more useful skills in order to make them more enjoyable to use. I had heard that some people were disappointed that certain summons didn't have evolutions, so I've given one to the Hornet Queen and Hydra Ralfessia, while the Phoenix has a new pseudo transformation. I've also taken the liberty of adding a completely new summon that's capable of evolving.

So yeah! Hopefully these new and improved summons will make collecting them again worth the effort. Thanks again for the comment and the kind words. If you decide to go messing around with rpg maker I'll gladly give you my support.