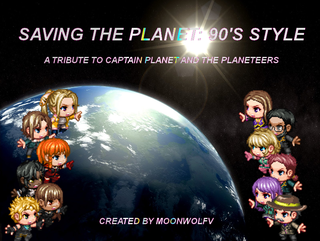 Captain Planet, without the Captain

How to make regions passable/impassable via switches, is there a script for this? RMVX ACE

02/03/2023 08:22 PM
I'm making a VX Ace version of Final Fantasy VII and I'm trying to restrict the areas that the chocobos can go to. I can achieve this through switches and events, but I was wondering if there was a script out there which could check the following conditions.


I'm just concerned of the massive slowdown there might be when there's hundreds of these events all over the world map determining whether passage is permitted or not.

Is it possible to make a skill like "Blade Beam" in VX ACE?

01/28/2023 07:28 AM
I'm making a de-make version of Final Fantasy VII in Vx Ace, and just wondering how I could get the effect of Blade Beam, where it hits one opponent for normal damage and then all other foes get hit with an attack which is 50% of the normal damage output.

I've looked through the scripts available here but nothing seems to fit quite under the effect what I'm trying to get at.

10/11/2022 01:42 AM
This is actually a very small issue, I've got a solution but I was just wondering if there was some other way. (Don't say deleting the resources which aren't used, I've already considered that).

Okay, this game "Every Vote Counts" was made in Rpgmaker MV, but I've upgraded it to Rpgmaker MZ. When I made the distribution package, it wouldn't make one, as I was telling it to exclude unused files, which it apparently had a bit of an issue with.

I then tried it again telling it to include all files, and it did it no questions asked. I just know that this makes an inflated file size (it's still lower than the original though).

Just wondering if anybody knows of any other approach I could take? I can only assume it had this issue because the game was originally made in Rpg Maker MV?

General procedure of how it operates

The problem is that it keeps on counting a victory as a loss in the battle. A switch is turned ON when having lost a battle to let the series of common events in the battle arena to know not to continue. Labels then bring the event to a close.

I've tried other approaches to this, like having it check that every character is knocked out, but it still ignores this. It counts it as a loss, even though each character is perfectly fine.

My only guess for what's causing this is the use of Common Events. It doesn't seem to make any sense otherwise. Otherwise I'd just take the approach of an extremely long event which has all the common event information inside it. Maybe just keeping the status effect one in there to try to compact it a little.

Does anyone have any ideas on what would be causing this, beside this? It seems to be playing by it's own rules here.

Getting three screenshots out of a one map game

05/21/2022 09:52 AM
Asking because I'm working on a simulation game (which is a bit of a first for me) based off the old game, Capitalism. Basically, buy resource manufacturing facilities and then sell the finished products, and beat the AI to the end goal.

Just fishing around for ideas as I know that three screenshots are the minimum requirement for submitting a game here, but it becomes a little challenging when it's only one map, and quite a tiny one at that, almost as small as a map can get. It's just a short game, will probably take about half an hour to play at the most.

I was thinking of dialogue showing the requirements for purchasing one of the facilities, an image of the shipping screen (it's nothing fancy), and possibly the screen which will show how you stack up against everyone else.

Does removing a game remove it's profile page as well?

Some might know that I have two games called "A Celestial Weapon" here, one being the original RM2K3 game, and the other being a remake and expanded upon version in MV. The reason I'm asking is because I'm planning on putting the MV version on Steam sometime soon/later this year, but I'm aware of the complications which could arise having the original here, as well as the MV Version (I'll change it to Commercial setting when it gets to Steam, and remove the download) as I don't want the public to get confused that I could be ripping off the original when in actual fact I'm the same guy who made both of them.

So to make this a bit more clear and avoid confusion, I'm thinking of removing the original game sometime soon. Just wondering if removing the game will remove it's profile page as well?

12/23/2021 11:42 PM
I'm coming up with the plot for next project where it's going to be reversed fantasy. However, I've got a bit of a potential problem when it comes to the villain.

A popular theme when it comes to villains is that if they're a wizard, they're trying to attain immortality, etc. So, in reverse, this guy is trying to kill himself or have himself killed. His initial plans of using poison or hiring assassins have failed, and no one he interviews these days ever seem to be up to the standard he desires.

I know that the rules for submissions get concerned when it comes these kinds of subjects being included in games. I have my doubts that this would be acceptable.

Does any one have suggestions on how this could be approached differently?

I'm planning on using a scaled version of the title screen of my RMMZ project as my cover photo on my Facebook page as the posts are going to be dedicated to my creative side. However, I'm well aware that these are the side-battler graphics which are made using the character maker. What credit should I put in here to avoid any legal issues? 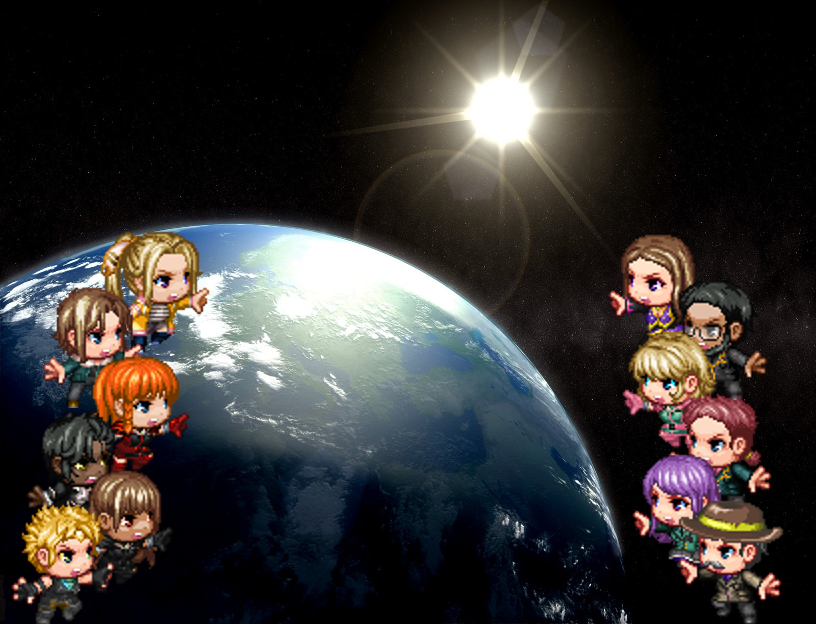 What defines an episodic game?

09/01/2021 06:41 AM
I was uncertain what to put my latest project under, episodic, or non-episodic. I thought it would be episodic as it's separated into seven short, but different, missions. I've recently released the second demo of it, having completed work on the second mission, I change it to 2/7 episodes complete, and it's been set back to 1/7.

Is what I'm doing not really count as episodes? If not, I'll just switch it back to being a normal game. I was just curious to know why it might've been changed back to 1/7 episodes complete.

This is referring to "Saving the Planet: 90's Style"

I thought I'd reword this as it seemed as though I didn't have a clue where to start, when all I need is a little bit of help.

Here's my plan for it so far. There are two skills, one being the skill which will cause the damage or effect, the other being a clone of it, having a call common event command.

In the common event, variables are keeping track of all party members current MP. It will check to see if they have sufficient MP (Greater than). It will then use the "real" skill directing it at the last enemy/ally targeted.

The thing which I do want to ask is.

Is there a way to cancel the command if the characters don't have enough MP so a turn hasn't been wasted?
Pages: first 12345678910 next last