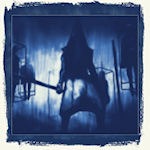 Change all text windows from bottom to middle with script?

A bit of late thank you on my end, but thank you very much!

I will give this a try.

Change all text windows from bottom to middle with script?

In my current project, I have all text windows set to dark, bottom.

Let's say I wanted to switch them all to dark, middle. Rather than manually editing each event (thousands of them at this point), is there a way to quickly do this with a custom script?

02/09/2018 01:18 AM
Just played Icebound. Good game overall! The mapping is excellent and the story flows smoothly. I found it quite enjoyable for a quick 45 min game. Good job! I do have some feedback for you, since I noticed there's not much here. Hopefully this helps a little.

I didn't like how the enemies respawned after the map was cleared. Mainly because 1) there was no leveling in this game so any combat felt like it lacked purpose beyond inflating the play time, and 2) there was no variety in enemy type. Going back and forth to find Ein stones meant a lot of fighting the same enemies over and over, and they posed no challenge.

Since there's no actual inventory screen, a counter for the number of Ein stones in the inventory would have been nice, even if it was just a little icon on the screen. Speaking of inventory, what were all those items on the statue's interaction screen where you trade in Ein stones?

Couple of bugs:
1. If you hit ESCAPE to cancel out of the save/teleport crystal prompt, it teleports by default. Unless this was intended.

And some questions/comments that may contain spoilers...

Show
- Since we were going to free Fimbul anyway, why do we still have to fight her? Couldn't she just have surrendered and gave us a technical win? If this was made clear in the game, I missed it.

- Reckoning felt cheap at the end. It almost made the whole fight meaningless to just be able to unleash a superpower at the end.

- Since combat was sparse, some of the abilities could have had shorter cooldowns to make it more fun. Most of Sabine's abilities are never used or needed. All I used him for is just his basic attack as all of his debuffs are never needed in any fight.

I hope the feedback doesn't make it sound like I hated your game lol. I try to be thorough when providing feedback, especially if the game maker doesn't have much feedback on their game page. Overall, I really did it enjoy it, and would definitely play a longer version of this game if you ever decide to make one.

The battle system was very interesting - draining AP from enemies and then using it to unleash attacks or heal. Can't wait to see how that gets expanded on later in the game.

The mouth you enter to save the game was creative, the backgrounds were nicely done, and the dialogue is just enough to get the point across without bogging down the player with too much text.

Speaking of the dialogue, I did notice 1 typo where there was an extra "the" in the sentence but can't remember which line of text it was exactly. I'll edit this in if I can find it again.

Anyway, I really enjoyed the quick demo, and will definitely be following this game! Well done! I'm going to go check out some of your other games and give those a playthrough because I really did enjoy what you've done here.

author=jstomp
Download link is broken. Looks interesting though. I wanted to give it a try.

Is it? Works fine on my end. I can PM you the preview build if you're still experiencing issues.

Thanks for the quick reply. The download link is working now, and I just downloaded the game. Yesterday it kept giving me a 404 page, so perhaps the site itself was having issues. Looks interesting, going to play it this afternoon!

02/05/2018 05:13 PM
Never said I wasn't going to credit them, I was asking WHY it's required in a paid asset. I wanted to know the reasoning behind it so I can understand these licenses better. Somehow people took that to mean I'm a content thief. Regardless, I still think hiding the EULA until after purchase is a shady business practice but I'm done here. Question has been answered. Thanks all.

author=SgtMettool
It's different than if you're personally commissioning or contracting a person to make assets exclusively for you. Which, in most instances, you have a lot more say in how the assets are used. But with an asset pack you're using resources that the artist made on THEIR terms.

This is the exact explanation I was looking for, thank you.

author=Darken
Money isn't some magical thing that ignores licensing or permission. The owner/author gets to define how their work is allowed to be used and attributed to.

Then they need to make the terms clear on the purchase page, and not wait to hit me with the terms after my credit card is processed.

After my original post I was doing some digging online about asset packs and licenses. I did find an interesting discussion online. Paraphrasing: "Since the terms of the license weren't presented and agreed to prior to purchase, it may not be enforceable." In other words, I never agreed to the license before they took my payment. I'm going to keep digging on this issue but I'll leave you guys alone about it.

I was planning on crediting the artist anyway as I don't really care either way, but going forward I will be much more careful of purchases like this and will request to see the terms first. Lesson learned.

02/04/2018 11:32 PM
When I design a website, I don't require the customer to credit me on the website. They gave me money for my services. I don't expect my name to appear on their website, even though I designed it. It would be nice, but I sold the rights to that design to the customer.

Isn't an asset pack for a game similar? I paid money to compensate the author for their time and talent, so why is it required to list them in the credits? To be honest, I don't even think that limitation of theirs can be legally enforced since money was exchanged for the rights to that pack.

I'll add a thing that tells people where to go for support requests, this is like three years old but still supported. Only thing is I don't check this site super frequently (you were just lucky xD) so it's better to send support through my website or the rpgmakerweb forums.

Thank you for the help! I honestly wasn't sure if it I'd get a response as the script is a few years old, but I'm glad you saw it. Thanks again!
Pages: first 123456 next last