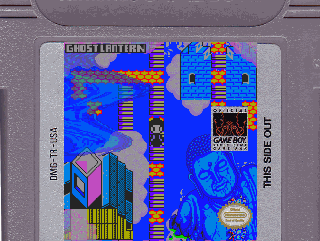 06/17/2011 09:45 AM
Do you guys think its O.K to have a relationship with someone via simulation e.g online dating sites where you only interact through a 3d interface sometimes with a virtual robot?

If the entire world was to go virtual would you prefer living life online with the freedom to be anything you want or do you think this is wrong/fake e.t.c.

Robots today are getting more and more intelligent and human like, In Japan their already developing a robot girl which can be/act as someones self programmed love interest with human/emotional characteristics and development It's also possible these days to have an artificial orgasm but with alot of uncomfortable wiring down your spine recently, in the future this would probably be wireless/less troublesome to hook up.

I also watched a documentary about robots which like babies can develop, learn and "grow" basically you could raise a robot as a child into your dream son/daughter or into a cyborg-killing maniac ( (^0^) mwahaha! ) your choice.

Would you rather live a virtual perfect life with a robot/virtual girlfriend/boyfriend/family/friends e.t.c; a robot child and a perfect virtual/cyborg body.
Or are you satisfied with life today and all its imperfections and say to hell with the virtual world.

Please share your opinions, you can bring in anything about the "Virtual World" I might have left out.

author=Cherry
Maybe you have a special key on your keyboard (like Fn) which will make F7/F8 work normally when pressed together with that key?

Ah, thanks, I found Fn on the keyboard and your program works great thanks. I especially like the hq2x filter. Is this also possible on other makers e.g RMXP or is this software strictly for RM2k3?

and on and on...I guess this is just how all threads are about sensitive topics.

Stones of Destiny - The Final Return

06/15/2011 09:23 PM
This game is too fast, confusing and to be very honest with you I think it sucks, sorry to be an asshole if this is your first project but I really think you should kill the fast paced nonsense and make something other people can understand, I know it took you 5 years and English is not you're first language but this is just my honest opinion, also I really disliked the mapping and the very weak plot and terrible-not-even-funny jokes.

Here's what you need to do:
You need to re-work the mapping, look at nature nothing is all paced together in a straight line, go download some maps and edit them a little to have at least some kind of creative look.

I personally think rtp is for beginners and should never be used to make a real project. I understand if this is your first project and you have absolutely no spriting skill e.t.c , again, go download a bunch of resources and learn to franken-sprite soon enough you'll be good enough to make your own sprites from scratch. that's how I learned.

If you want it to be about some guy hearing a voice don't just tint the screen green and throw in some useless dialog be a little creative, why not have a shadowed sprite appear every once in a while but made so you can't tell who it is, use some parallaxes of fog effects to add some spookiness e.t.c, you're creating an interactive experience!

I found your jokes extremely horrible to the point that I was not even slightly amused only disturbed and confused, if you don't get humor leave it out entirely don't just add silly things to make up for it. If you don't get English get someone who knows to translate and test your game thorougly and who also knows your language so this whole "lost in translation" excuse is out.. I think I've bitched enough...

I really hate myself for doing this and I am very sorry if I've pissed you off/offended you but I just had to tell you this so we get less lame-typical games on this site. I'm showing you respect doing this because I think you have some potential to make this game at least remotely enjoyable.

06/15/2011 04:02 PM
Well I've given it some though but it might be refreshing to see more human characters in terms of personality and appearance, over-exaggeration can get tired very fast in character design especially if it doesn't have character.

author=Crimson_Legionnaire
What I don't understand is why do people consider sexuality such a taboo when violence, blood, and gore of all things are not, especially in video games where it's so commonplace there are actual genres dedicated to wholesale violence?

I see what you mean when you said no one minds gore but one small/light sex scene creates an up-roar. It seems sex and sexuality is such a sensitive topic, while decapitating someones head off and or ripping someones spine out ( Mortal Kombat ) is such a common thing in games these days.
It used to be taboo to have someone kill other people in games ( it was always a robot, aliens, zombies but never normal people until games like GTA ) so maybe later on in the future if female game characters are still "over-sexualized" we might be looking at a whole-nother story, I guess from a sober perspective its disgusting but for example most music videos today scratch that most of T.V in general is loaded with half naked babes for apathetic horny men like the majority
( including me sometimes... ) even advertisements usually have an attractive female model seldom normal. or if its a guy they are also glossy if not very famous and wealthy.

I'm sure their a bunch of girly games out their with this whole dream-guy fantasy going on, if you've never played any stop buying american games or looking at only the american game market and go check out japan, they have an entire category of dating sim games likefor example the showcase game here Re-Allistar or whatever ( didn't really care much to check it out ). and a bunch of other girly game genres.
If you've notices the girls in these games are incredibly normal so female gamer's can relate to them, you don't have to bitch about a market segment that's not even targeted at you, for example I thought twilight was lame but I know its meant for girls/ a female audience and might I remind you the guys in that movie where incredibly built, shirts-off-vampire action and one very normal female main character who as a guy I had absolutely no interest in... ( don't dog me, just saying ) I'm pretty sure most of us guys are not that charming and incredibly handsome/dreamy. In other-words its just the same as throwing a rack on tomb rader but you're forgeting the main point of this, ENTERTAINMENT and IDEALS.

I don't mind characters like Rukia Kuchiki as long as it fits personality, its better than just throwing huge tits on every female character then again it shouldn't be mandatory to have every female character made realistic it kills the creativity of it all. I'm sure some fighting games have exaggerated male characters with glistening abs but the point is that women are not really such a large target audience for game developers, and most women don't really care that much about overly-good-looking guys as much as guys care about female-appearance in-fact it intimidates them when a guy looks better than them that's another reason why solid snake doesn't have such stunningly good looks, only homosexuals like that sort of thing ( no offense ).

author=Darken
sprite comics would be funny if I was still like... age 10

I don't think, if you where 10 you wouldn't have been born when sprites where used in video games let alone have any interest in older games...unless you just don't have any sense of humor ( don't dog me )

06/15/2011 09:00 AM
I switched to windowed mode in the editor, It doesn't blink so which was a relief, everything looks a little wide but that's O.K (^-^). I'm just having trouble enabling the filtered graphics and viewing the frame rate bar (-_-), Is their an alternative to F7 and F8 since my F7 and F8 are in-built volume-control keys even if they worked it would e.g mute every-time I switch the graphics filter on or off and they might be in the way of your coding I'm note sure why it doesn't work.