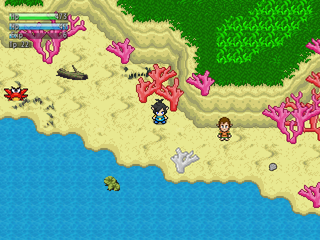 author=karins_soulkeeper
I think that was the point of seiromem's avatar: to diss grammar freaks ;p

Woah! Woah! People should know better than to disrespect me! I command a great deal of respect. Respect that was bestowed upon me by the Arishok himself in Dragon Age 2. I'm sure that once he sees the error in his ways, seiromem will humbly remove the offending apostrophe. If not, the only course of action is going to have to be an intervention. :P

And I actually have no opinion on turnips, because I don't think I've ever had one.

10/03/2014 10:50 AM
Maybe it's just my noobish naivety rearing its beautiful head, but I didn't find anything about that first post remotely interesting. It did make me use the "ULTRA FAST SCROLLING" on my mouse though, so I could bypass it more quickly.

I'll keep this thread in mind if I ever feel the need to brush up on my Egyptian, though. Maybe I'll use it in one of my games to send secret messages to the aliens or something (because they built the pyramids, of course).

I'm thinking about my copy of Super Smash Bros. for Nintendo 3DS, which, sadly, is locked behind closed doors at Best Buy due to them refusing to be open at decent hours. Well, 6:46 AM is not a decent hour, but they shouldn't be keeping me from my Smash Bros. like this.

10/03/2014 10:40 AM
Well, I feel grossly unintroduced after reading that. :P You could have at least mentioned how you feel about turnips. Or owls. I guess those are quasi-popular around here. And that would have removed at least some of the mystery surrounding you.

< Owl take my tern and tweet that I'm ambivalent about owls. How fowl.

@Itaju: The amount of detail in that shot is exquisite.

ITT we admire the BRILLIANCE *cough* of video game A.I.

10/01/2014 08:58 PM
The Pikmin still did stupid things in the third game; their overall level of intelligence was acceptable, I guess, but their pathfinding was sometimes questionable. And dismissing too many Pikmin near the water still meant there was a chance they would go for a swim.

I haven't played enough Morrowind (sadly) to have any epic guard encounters in that game, but they weren't much better in Oblivion. I cast Frenzy on the Count of Bravil, and every guard in the city just laid into him. I mean, they were leaping off stairs and killing themselves in an attempt to get a piece of that action.

This was one of the wiser guards. He actually jumped down the stairs. A few of them jumped right off the balcony.

10/01/2014 08:03 PM
Holy crap! Bravely Default has an awesome soundtrack to begin with, and that was... well, it was exceptional. Especially that violin. I can't believe I've never heard of this Tetrimino Band before! Their rendition of Vampire Killer from Castlevania is also pretty great! *faints*
Pages: first prev 2223242526272829303132 next last