author=Gari
For Paradise Blue, you have an older file here : https://rpgmaker.net/content/games/251/downloads/ (2007). I'm unsure it's the midi version, but seeing how there is only one non midi song in the actual download...

Oh wow, I didn't even realize this was a searchable thing! I just took a look and it indeed has the Paradise Blue demo and the fifth Hero's Realm demo!

12/11/2020 10:20 AM
Howdy! I'm not really active on this site any more but I've been on the lookout for rare/obscure demos and prototypes for various RPG Maker games so that differences and insight on development can be properly documented.

Currently, demos I've been looking for are: 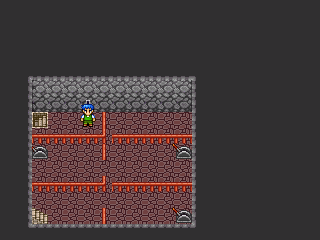 The only source for this demo I've seen was present on the developer's defunct geocities site (here), and apparently had gameplay till halfway through the game. The 2002 version of the game and the demo for Jay's Journey 2 can still be downloaded from the angelfire version of the website. (here.)

Hero's Realm had 5 main demos before release, along with a few bugfixing builds, as detailed in this blog post.
The first four demos cover a chapter of the game, and an overhauled version of the first four chapters was present on a few websites for over a year, but the websites I checked on archive.org lead to dead links. 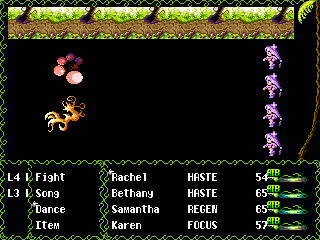 A demo for Paradise Blue was present on a few websites, including RMN, nearly two years before release. Like the other games, archives lead to dead links. Download was named 'Paradise blue Midi version'.


If you happen to have any of these prototypes or know where to find them, please post them if you're able!

We try to get every active RMN user to post in this topic.

Being mean makes me shy.

07/12/2016 02:39 PM
Well that was a bit of a mess. You didn't describe any of the game mechanics besides the walking around, divulged into what amounts to a tangent against the media and stupid people, and never properly explained YOUR opinion on the game. You know, the point of the review?