Close
I HAVE NO GENDER, ONLY RAGE


If there's ever a time I'm not bitter and jaded, something is terribly wrong.

PM me for my contact information if you want it :) 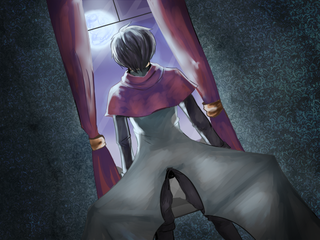 Two vampires. One plot to change all they know.

there's no squallbutts tho, so that's a little disappointing

10/10/2020 04:29 AM
Yeah that’s a fault on my part. I think the new upload shouldn’t have anymore problems like this one. The games AP/SP distribution is balanced that you should be able to get 2 or more skills on every tree, or invest all AP into 1 char and have their high tier skill available.

Good to know the game is beatable without most of the skill tree.

In terms of the damage being inflicted, bc Appoint Challenger + Retaliate is extremely effective, you’re expected to use it. IE they do high damage bc the game is balanced around circumventing the enemy’s ability to damage, rather than mitigating it (same reason for there only being a HoT rather than true Curative spells). But that’s really neither here nor there. Apologies that you didn’t get a proper experience.

author=bicfarmer
I find it sad that aribert is facedown in the dirt for most of the game. So it ends up being a turtle fest where you sit there as the enemies work on whittling down their own health bars. Which were all absurdly long.

Also I didnt run into a single random encounter the entire game. And that skill tree is pretty fancy, but I only got to learn crush before the game ended (although its very strong.) If this becomes a full length game though it would be interesting to see how good these skill trees can actually get.

Not getting any random encounters may be a glitch. If I may ask, did you use mouse/point and click controls through the whole thing? There's basically an auto event that's meant to initiate combat, but it may not work with mouse click...I will have a look.

If you're not getting random encounters it would mean you're not getting any extra skills...which, the game is beatable without, obviously, but it's going to be a pain in the ass compared to actually having things to use. Skills like Aribert's Holy Arrow and Perseids dramatically cut down encounter length.

Basically the game is balanced assuming you're using the skill tree....which you can't if you're not getting encounters. I'll take a look and see if I can remedy the issue.

Edit: Found the bug, I think. I'm gonna brute force it, but it should remove any no encounters issues. I'm also gonna drop boss enemy HP by a fraction. Enemies like the Ent have a chance to be inflicted with Bleed, and combined with the rest of the skills available, makes it a pretty simple fight.

10/09/2020 03:08 AM
Oh, and while we’re at it. If you did enjoy Fragment, I released a QoL update that address pretty much every niggly bit raised in people’s commentary of the game. And I removed all but like, one, RTP song. So if you liked Fragment as a pure RTP game I would recommend giving the updated version a whirl. 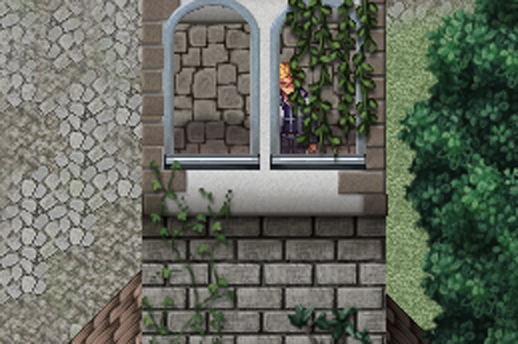 author=Marrend
Just a friendly reminder that voting is open for about three more days. Please submit your vote for Fragment before the period closes!

Yes, as Marrend said! Make sure you vote!

09/29/2020 05:20 AM
Admittedly I had initially planned for you to be able to switch between them. But I ended up spending an entire day of dev time ironing out errors with just getting in and out of the menu that I decided to scrap it.

The nodes that don't unlock are dummies for the sake of presentation. Same goes for the Aribert top nodes that I forgot to fix...heh.

I'm planning to release a QoL update with plugins and upgraded battles, so I'll add the party member switching in the skill tree menu and access from the main menu as well.
Pages: first 1234567891011 next last